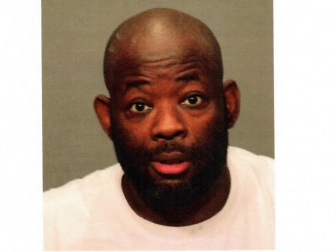 Greenwich Police announced a second arrest has been made for a January 15, 2019 Larceny at a Greenwich Ave retailer where handbags with a retail value in excess of $10,000 were stolen.

On April 4 police arrested Joshua Spillman, 40, of Mount Vernon, NY who had outstanding charges for Organized Retail Theft greater than $10,000, Conspiracy to Commit Larceny 1 and Larceny 1.

This week police arrested a second man, Gerald Smith, 48, also of Mount Vernon after extraditing him from Nassau County where he was being held by the Sheriff’s office on unrelated charges.

After posting bond there, he was held as a Fugitive from Justice as a result of an extraditable arrest warrant from Greenwich Police.

Police noted that Mr. Smith is also wanted by the Paramus Police Dept in New Jersey for Conspiracy to Commit Theft of Movable Property and Leader of Organized Retail Theft.