Upon arrival, Marine Officers observed the vessel was leaking oil and requested Greenwich Fire Department respond with booms to contain the spill while employees of Harbors End attempted to de-water the vessel.

Police say that the Connecticut DEEP related that a commercial HAZMAT team would likely be needed to raise the boat. 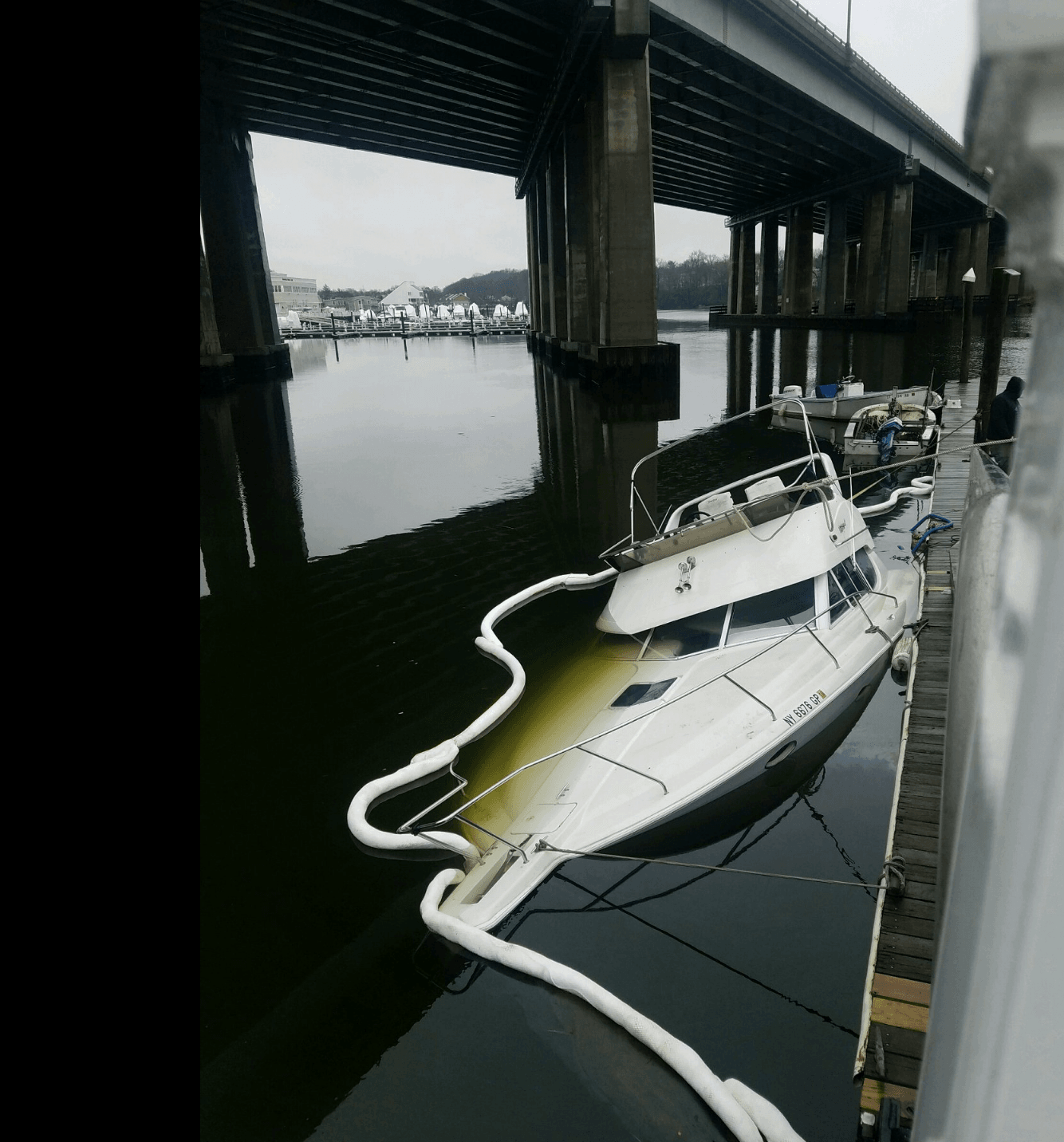