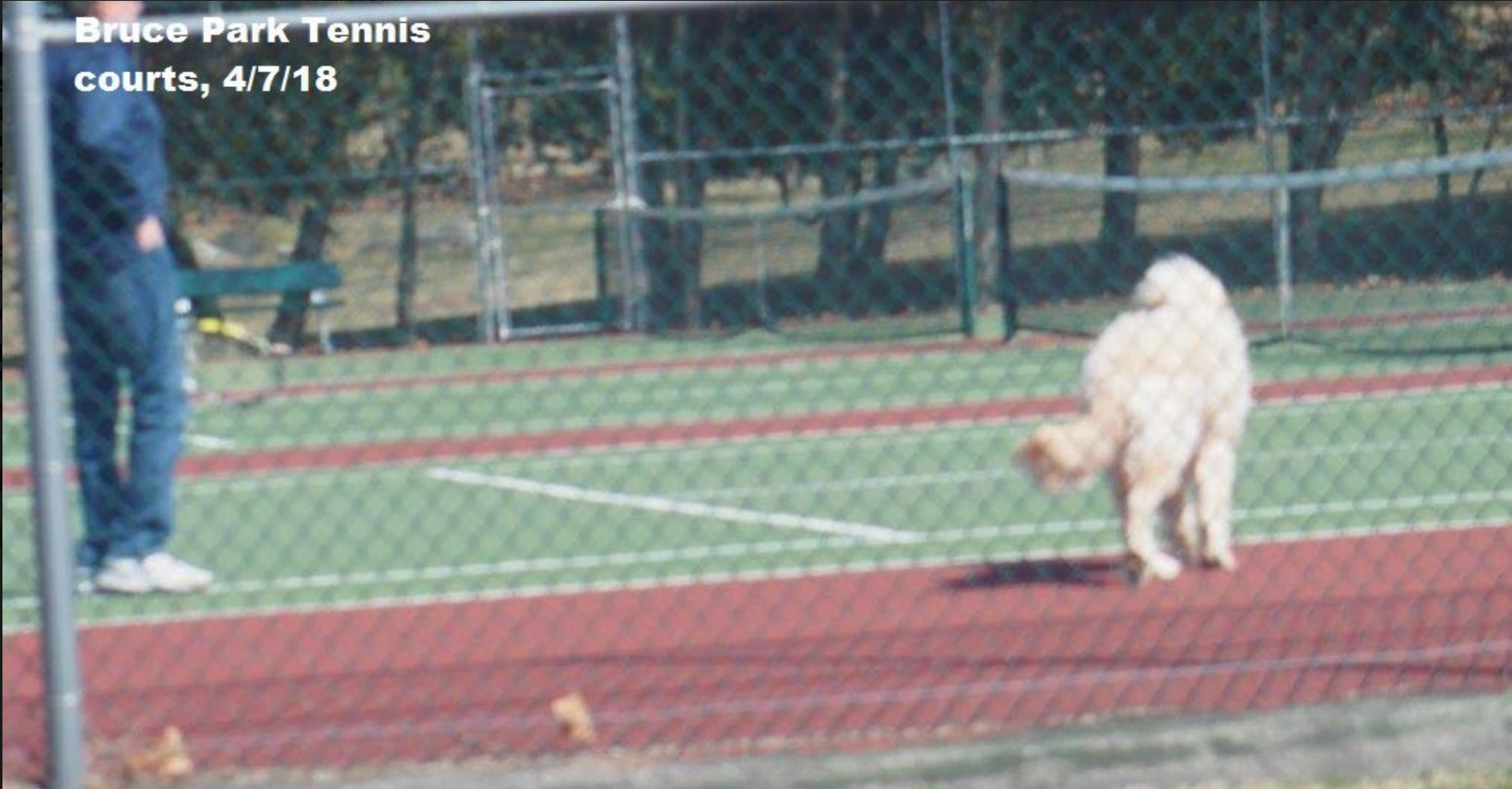 Submitted by The Greenwich Curmudgeon, April 8, 2018

I often see people using the tennis courts for exercising their pets.

In addition to the animal’s claws tearing up the courts surfaces, they often urinate and defecate on said surfaces. There are signs posted at all the courts say “no dogs allowed,” but this is often ignored.

Even if the violators pick up their pet’s debris, there is usually a smear left which players will then have to step on, or use a tennis ball that has, at some point touched the fouled surface.

As a tennis player and frequent user of the courts, I appeal to these pet owners to not use the courts as their personal “back yard exercise” area.