Director Ron Howard and his wife Cheryl have sold their family home in Conyers Farm for $27.5 million, which represents the full asking price.

The sale closed Thursday to an undisclosed buyer, according to a Wall Street Journal report.

Tamar Lurie of Coldwell Banker Residential Brokerage, who listed the roughly 32-acre lakefront estate with Lyn Stevens of Sotheby’s International Realty told the Wall Street Journal that the property went into contract about two weeks after its listing in early May.

The 23 room home straddles Greenwich and Armonk. The Howards bought the land in 1991 and spent years constructing the house and outbuildings. 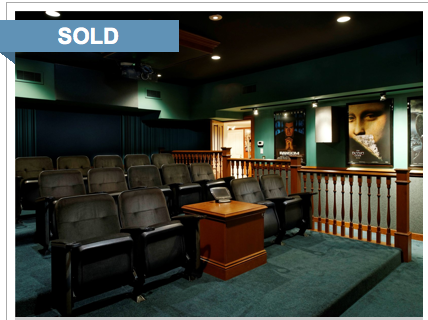 The main house is 17,000+ sq ft and has six bedrooms, five full and four half baths, plus a swimming pool.

And, of course the home boasts a home theater.

There is a 2,500-square-foot guest house and a sports barn with a full-size tennis court. The property also has horse barns, paddocks and riding rings.

The Howards said in a previous interview with The Wall Street Journal that they are selling because they travel frequently and their four children are grown.

Many baby boomers strongest memory of Howard was as a child actor whose character “Opie” was a denizen of Mayberry on The Andy Griffith Show in the 1960s, and then as a teenager on Happy Days, a 1970s show set in the 1950s.

After Happy Days, Howard focused on directing and films to his credit include Cocoon, Apollo 13 and A Beautiful Mind.