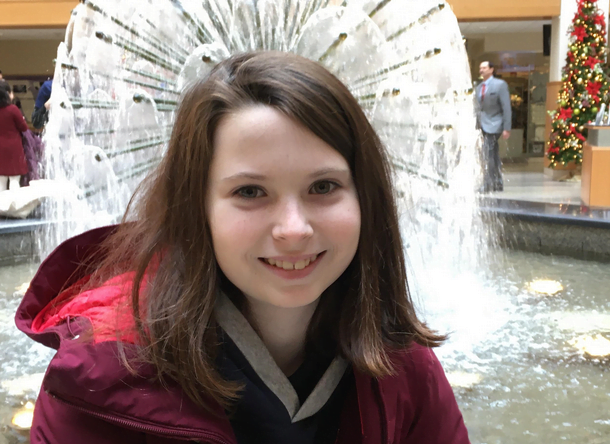 It is with great sorrow we announce the passing of our sweet daughter Vivienne. Vivienne Finn passed away on March 10, 2020 at the age of 11 years.

Vivienne was born on August 31, 2008, to parents David and Mairead Finn in Greenwich. Vivienne will be forever remembered by her parents, her sisters Gabrielle and Regina, younger brother Connor and her fluffy puppy Aspen. Vivienne will be remembered by her grandparents Dan (Bumpa), Phyllis (Mimi), Richard (Papa), Teresa (Nana), aunts, uncles and cousins: Jake, Josh, Hollie, Edith and Eli in Ireland and in America.

Vivienne was a “lifer” of Sacred Heart of Greenwich where she received her Sacraments of Holy Communion and Confession. She developed into a confident learner and strength of character to exude kindness and love to all. Her great faith, positivity and humor served her well. Last year, she was the recipient of the Philippine Duchesne award for her generosity of spirit. She was a gifted artist, reader and writer. She played defense for her soccer team and performed in the school plays Frozen, “Wizard of Oz” and Annie. Often heard rehearsing her songs and lines in the shower. She was a member of a girl’s scout troop in Greenwich and enjoyed camping out, pursuing badges and spending time with her many friends. She will be sorely missed by all that knew her.

Leo P. Gallagher Funeral home has been entrusted with the funeral arrangements. A private funeral mass will be held at her school Sacred Heart of Greenwich followed by a private burial with her immediate family. A gathering of all those who knew Vivienne and want to celebrate her life will be held at a later date.

In lieu of flowers, Vivienne’s family asks that guests donate to either her school Sacred Heart of Greenwich or the Musella Foundation for Brain Tumor Research so we get closer to a cure for DIPG patients.