He was a familiar face in Greenwich, having served as a crossing guard for over 40 years and calling many of the kids by their names. Last November, AAA, named Reale a “Traffic Safety Hero.” At the ceremony, Mr. Reale, accompanied by friends and Greenwich Police, retired with high honors and received a standing ovation. The AAA commended Reale for his 40 years of continuous service as the town’s most senior School Crossing Guard.

Police Chief James Heavey, who nominated Reale, wrote that his dedication, no matter the weather ensured the safety of generations of Greenwich students.

In April 2015, Mr. Reale was honored with a certificate of appreciation during the Greenwich Police medal ceremony at the Western Greenwich Civic Center. “Your commitment to the safety of school children does not go unnoticed. We appreciate your work,” said Lt. Keegan at the ceremony.

Visitation will be at Castiglione Funeral Home on Thursday, April 21 at 4:00pm to 8:00pm. Castiglione is located at 544 Old Post Road #3 in Greenwich. Service will be held at St. Rochs Church at 10 St. Roch Ave in Greenwich at 10:00am. Internment will be at St. Mary Cemetery, 399 North Street in Greenwich.

This article will be updated with a full obituary when one becomes available. 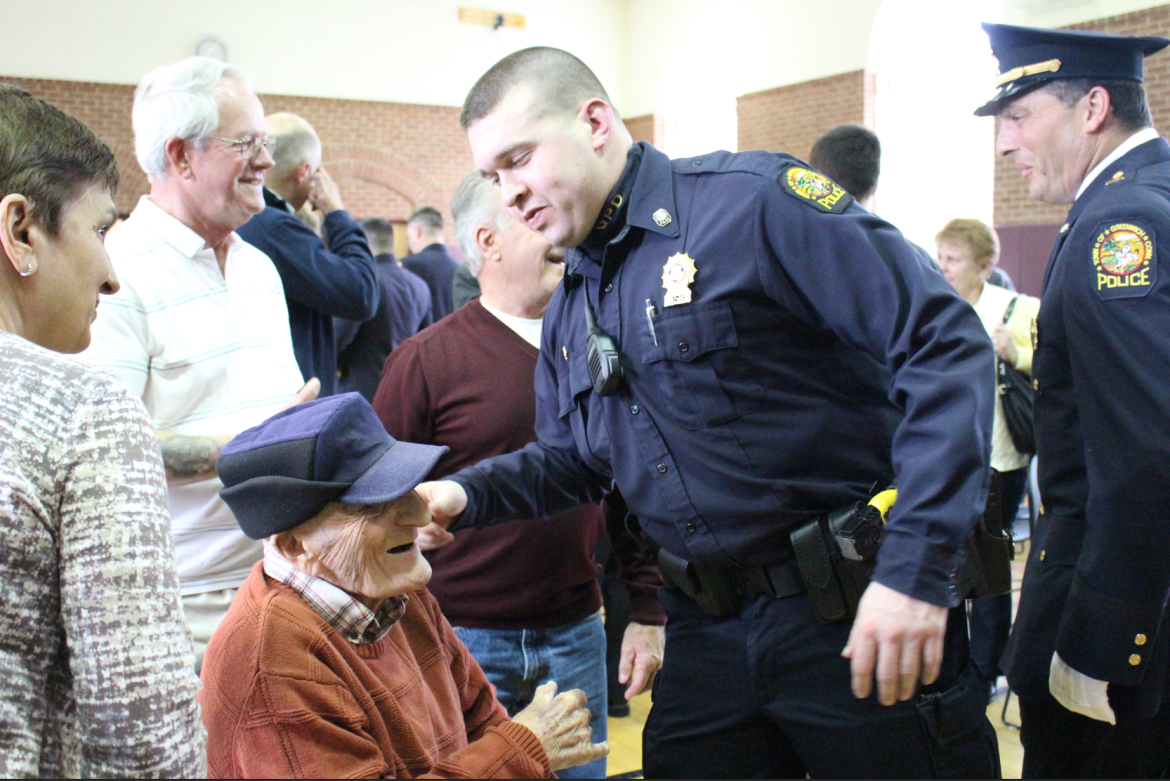 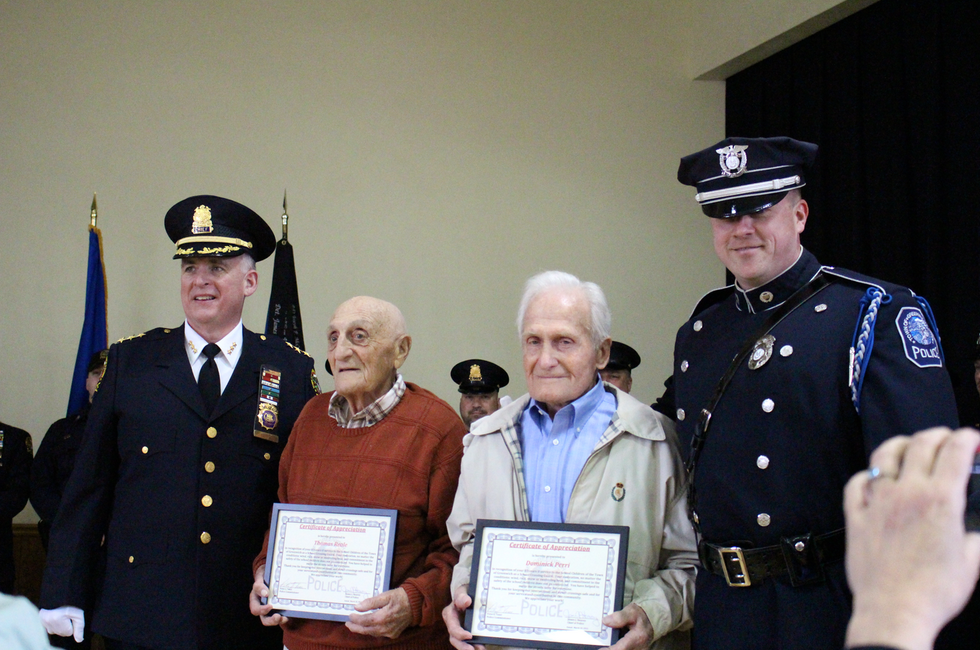 Thomas Reale with Dominic Perry at the Greenwich Police medal ceremony in April 2015. Both were awarded certificates of appreciation for working as crossing guards in rain, snow and sweltering heat for 40 years. “Your commitment to the safety of school children does not go unnoticed. We appreciate your work,” said Lt. Keegan. Credit: Leslie Yager 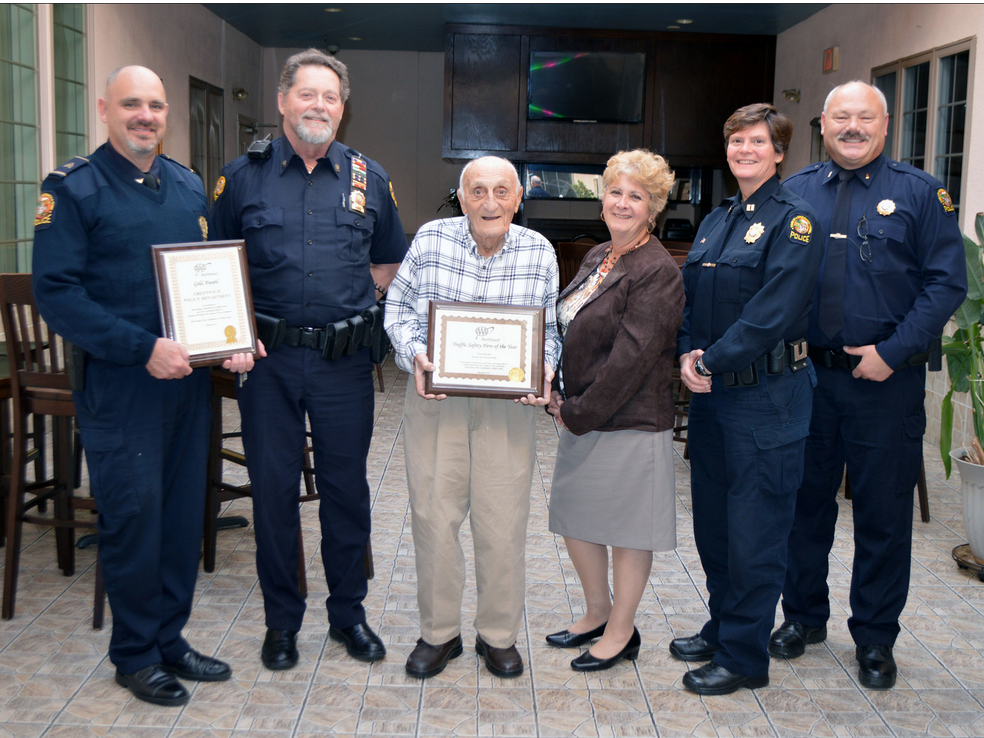