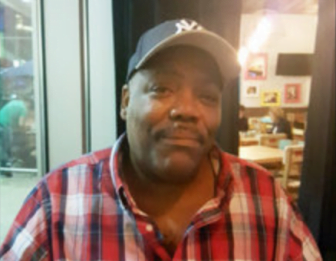 Transport Workers Union Local 100 announced that they were mourning the loss of Student Transportation of America bus driver Bryson Kent Bowman from COVID-19.

“Brother Bowman, 59, worked for Student Transportation of America (STA) since 2017 safely transporting children to school and back home for Greenwich Schools,” the union said in a post, adding that Mr. Bowman was the second member of the School Bus Division to succumb to the deadly virus.

The post on the union website quoted Bowman’s co-worker Mary Pryce, who is an elected member of the Local 100 Executive Board, who said “Brother Bowman was always a cheerful person. He greeted everyone with that huge smile, and when he got off his bus at the end of a shift heading to the office, he always had love for everyone.  He loved talking about sports with his co-workers, and was a true Yankee fan.  We are really going to miss him.”

Mr. Bowman is survived by a wife and four children.

Local 100 President Tony Utano, “We all offer our condolences and prayers for Brother Bowman’s family, his friends and co-workers at STA, and to every member and officer of our School Bus Division.”

In Greenwich, public schools closed to slow the spread of COVID-19 on March 13.

Since then STA had provided buses to deliver meals to students since then.

On Friday STA closed its Stamford depot and furloughed its workers.