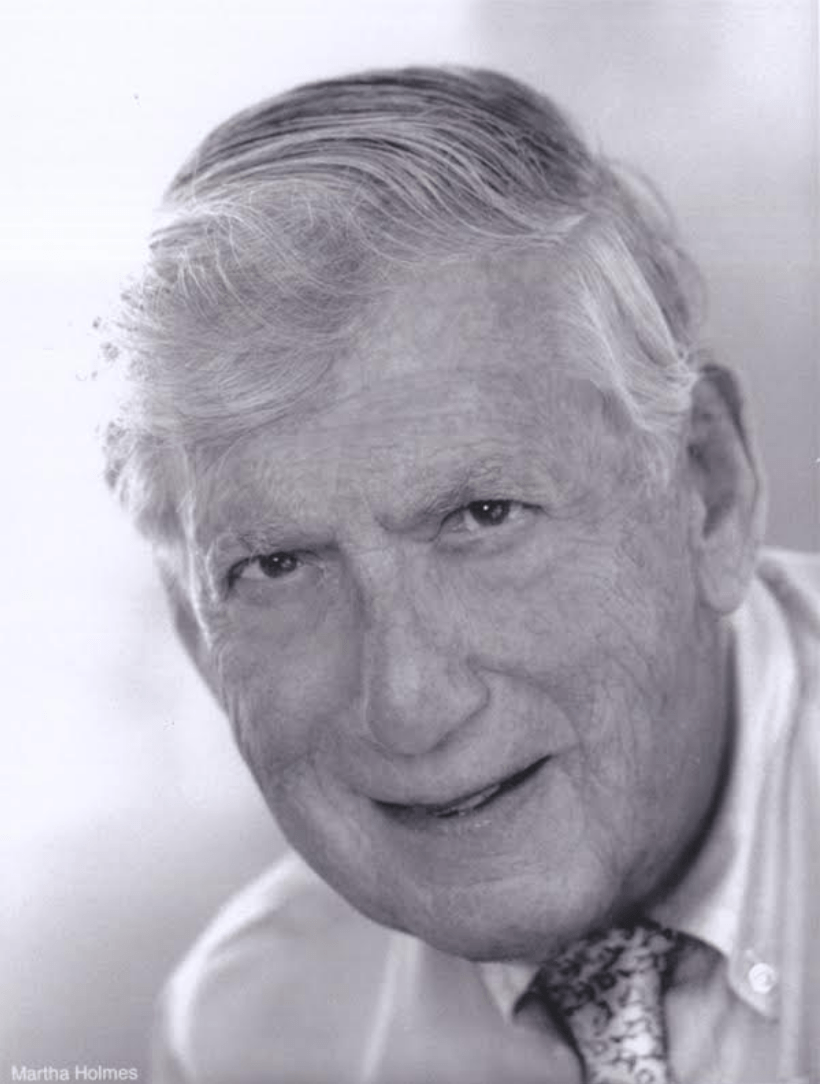 Roy Rowan, a former foreign correspondent, writer and editor for Life, Time and Fortune, who covered Mao’s revolution in China and the Korean and Vietnam wars, died on Tuesday, September 13 at Greenwich Hospital.

He was one of only two surviving American journalists who covered the Chinese civil war and was in April 1975 one of the last journalists to evacuate Saigon by helicopter.  He is also the author of ten books during his 70-year career as a writer.  He was 96.

Mr. Rowan was hired by Henry Luce and Bill Gray in 1947 to cover the Chinese civil war for Life magazine.  When Shanghai fell to Mao’s insurgents in 1949, Rowan moved to Hong Kong and subsequently covered skirmishes in Malaysia and Burma.  He later covered the Korean War and subsequently the reconstruction of Europe and the Cold War from Germany.  In 1954 he was transferred back to New York and in 1955 was named Life’s Chicago bureau chief covering the Midwest.  In 1957, Rowan and Life photographer Francis Miller covered the murder of Bernice Worden in Wisconsin which became the inspiration for Alfred Hitchcock’s movie, Psycho.  In 1959, Mr. Rowan spent a month traveling with Jimmy Hoffa for a profile of the Teamster boss in Life.  He was later confronted by Robert Kennedy, then serving as chief counsel for the McClellan Committee which was trying to put Hoffa in jail, for being too soft in his reporting on the labor leader.

Mr. Rowan was transferred back to New York City later in 1959 and appointed an assistant managing editor of Life.  In 1963, he was having a weekly editor’s lunch with Henry Luce at the Time & Life Building in Manhattan when the maître D’ announced that President Kennedy had been shot.  Mr. Rowan immediately flew to the Life magazine printing plant in Chicago where he and his editorial team replaced the cover with a portrait of the president and a lead story with the now famous eight-millimeter film footage of the Kennedy motorcade in Dallas shot by Abraham Zapruder.

Roy Rowan continued to edit and help run Life magazine until 1970, when he left Time Inc. to start On the Sound, one of the nation’s first regional magazines, covering the coastal areas around Long Island Sound from New York to Massachusetts.  His investors included Digital Equipment Corporation co-founder, Harlan Anderson, Time managing editor Otto Fuerbringer and Life publisher Jerome Hardy.  A second magazine, On the Shore, covering the region around Chesapeake Bay, was launched in 1972.  Both magazines were sold to Universal Publishing Company that same year, at which time Roy Rowan returned to Time, Inc. as Hong Kong bureau chief in charge of Asia for Time magazine.

While based in Hong Kong for the next five years, Mr. Rowan covered the opening of China under Nixon and then Ford and the ongoing fighting and wind down of America’s involvement in the Vietnam War.  He was among the last journalists to leave Saigon by helicopter on April 30, 1975.  He also relied on a personal friendship with President Ferdinand Marcos and his wife, Imelda, in covering public affairs and social issues in the Philippines.  Mr. Rowan also forged friendships with business leaders based in Hong Kong including shipping magnates C.Y. Tung and Y.K Pao, kung fu movie producer Run Run Shaw and global architect and developer William Wong.

After returning to the U.S. in 1977, Roy Rowan joined Fortune magazine as a senior writer and a member of the Board of Editors.  During his tenure at Fortune, Mr. Rowan wrote 65 major articles including provocative cover stories on Labor Secretary nominee, Ray Donovan, Citibank chairman Walter Wriston, and a 15-page exposé on the top 50 Mafia bosses in America.  He also wrote a groundbreaking cover story for Time on the perpetrators behind the bombing of Pan Am Flight 103.

Mr. Rowan was born in New York City on February 1, 1920.  He graduated from Dartmouth College in 1941 and received his MBA from Dartmouth’s Tuck School of Business in 1942.  He was drafted into the Army as a private in 1942, attended Engineer Officer Candidate School at Fort Belvoir, VA and was assigned in 1943 to the Mediterranean Theater with stops in Tunisia and Italy.  Later, he was sent to the Pacific region and stationed in New Guinea and the Philippines.  He was a major in Manila when the war ended.

Roy Rowan is a past president of the Overseas Press Club of America, the Time-Life Alumni Society and the Dutch Treat Club.  He also has been an active member of the Century Association in New York City and The Foreign Correspondents’ Club in Hong Kong.  In 1995, he was awarded an honorary doctorate of Humane Letters from Hartwick College where he also served as a trustee for nine years.  His papers are held in the Paul F. Cooper, Jr. Archives at Hartwick.  In 2006, Mr. Rowan received the Henry R. Luce Award for lifetime achievement in journalism.

Mr. Rowan was the loving husband of Helen Rounds Rowan, who predeceased him in 2013.  Helen Rowan was a former picture editor at Life magazine, where they first met.  He is survived by his four sons: Dana (in Boston, MA), Douglas (in Ventura, CA), Nicholas (in New York City), and Marcus (in Dallas, TX) and one grandson, William Roy Rowan in Boston.  Roy Rowan was a longtime resident of Greenwich, CT and a summer resident of Block Island, Rhode Island where he and his wife owned a second home for thirty-five years.  He was an avid fisherman and boater all his life. 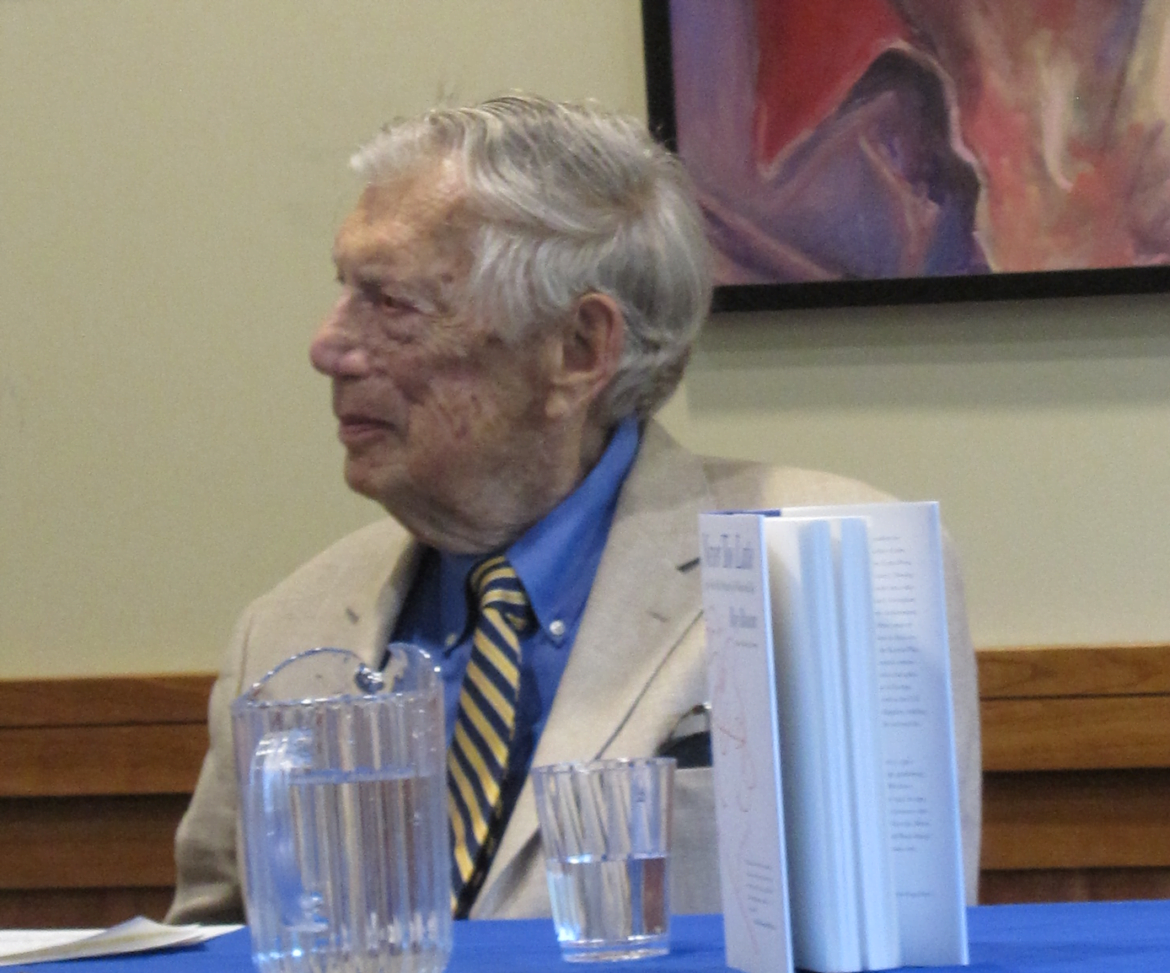 Back in 2011, at Byram Shubert Library, Rowan talked about his book, “Never Too Late: A 90-year-Old’s Pursuit of a Whirlwind Life and shared his recommendations for leading a feisty, vigorous and decidedly ungraceful old age:

• Friendship: Rowan said letter writing and the telephone enabled him to cultivate lifelong friendships even before the rise of the electronic media, instant communication, and social networking.

According to Rowan, who stayed in touch with friends and colleagues as often as possible, Winnie the Pooh put it well when he said, “You can’t stay in your corner of the forest waiting for others to come to you. You have to go to them sometimes.”

• Resiliency: Having both intermittent career and health setbacks like most people, Rowan said it’s imperative to have a plan B. He told the story of a homeless former opera singer he came to know while living incognito in a New York armory shelter for a 1990 article in People. According to Rowan, the homeless woman, who, like most of the others in the armory he described as quite nice, had insisted, “You can live without money, but you can’t live without plans.”

• Optimism: A vital trait for good health according to Rowan, optimism can’t be faked. Citing instances where people have tried bluffing as a tactic, he told a story of a 1986 dinner with Imelda Marcos, during which she boasted that her islands would never fall. Two days later the Marcoses were driven into exile.