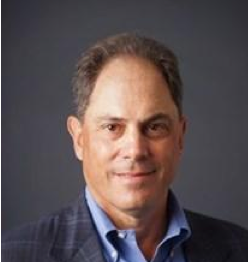 Kenny was born on February 13, 1963 in Newark, New Jersey to Naomi and Barry Karetnick. He grew up in Livingston, New Jersey and graduated from Livingston High School. He attended Hartwick College and received an M.B.A. from Fordham University. Following college, Kenny headed to Wall Street and spent his entire professional career as a proprietary trader with several investment firms.

In 1989, Kenny married Sherry Antoniac, the love of his life for the next 25 years. Together they raised two children, Jeffrey and Morgan, in Greenwich.

Kenny devoted his life to his family and they were always his top priority. He was so proud of them and supported them in everything they did. He was generous, kind and had a unique ability to reach out to people and make them feel special. He loved to share his passion for food and wine with everyone he met. With these interests at heart, he loved to travel the globe with family and friends.

Kenny was a long time member of The Milbrook Club where he formed many strong friendships on the golf course. He also belonged to The Kiawah Island Club in Kiawah Island, South Carolina, where he and his wife enjoyed going and planned to retire.
Kenny is survived by his parents, wife, children, sister Betsy Karetnick and her husband Gary Benz, and sister Jennifer and her husband Dr. Jonathan Cross. He was the proud uncle to several nieces and nephews.

A memorial service will be held at 1:30 on Friday, February 6 at Temple Sholom, 300 East Putnam Avenue, Greenwich with a reception to follow. In lieu of flowers, donations can be sent to GEMS or blood can be donated to their local Red Cross. For guest book and condolences, please visit Leo P Gallagher.