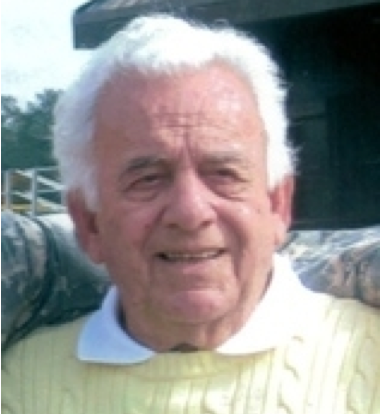 Felix J. Guiffra, Sr. passed away peacefully at The Nathaniel Witherell in Greenwich on December 13 at the age of 92.

He was born on February 1, 1923 in Naugatuck to the late William “Philip” Guiffra and Christine Nardello Guiffra.

As a baby he moved to Greenwich with his family and later attended St. Mary’s and St. Roch’s elementary schools and Greenwich High School.

Besides his parents, he was also predeceased by his brother, William Guiffra, and wife of nearly 60 years, Margaret “Maggie” Guiffra.

Felix served in the U. S. Army during World War II from January 1943 to February 1946. After completing his basic training, he served 16 months in the Asiatic Pacific Theater of Operations for the Battery D 840th Anti Aircraft Artillery AW Battalion. He was promoted to Sergeant, and as an Anti-aircraft Artillery Non-Commissioned Officer, he was placed in charge of 15 men who he supervised and directed in and out of action. He was employed by Bestever Cleaners in Greenwich for 30 years.

He retired from Bestever in 1972 to join his son in the start up of Seal-Rite Company, where he continued to work on a part time basis, up until quite recently.

Throughout his life he had a passion for the game of golf. He continued to enjoy teaming up with his grandsons at the Griffith E. Harris Golf Course, especially to play in community fundraising tournaments.

He had a great love of all sports and was a pioneer of midget football in town. He was an integral part of the coaching team for the original Armstrong Court Red Devils and led them to the state championship in 1964.

In later years, he went on to assist the Glenville Mavericks coaches. When he wasn’t coaching, he could always be “SEEN” and “HEARD” at either the sidelines or in the stands at all of his grandson’s sports games, whether it be football, baseball, hockey, lacrosse or rugby.

He will be greatly missed by all those who knew and loved him…..he was a friend to all!

The family would like to extend their gratitude to Dr. Francis Walsh, Dr. Merlin Lee, all the doctors and nurses at Greenwich Hospital, as well as, the excellent and compassionate care provided to Felix by all the staff at Nathaniel Witherell.

A special thanks to Nancy Lefflbine for her support and friendship over the years.

Visitation was held on Thursday December 17, 2015 at The Castiglione Funeral Home. A  Funeral Mass was held on Dec. 18 at St. Roch’s Church.