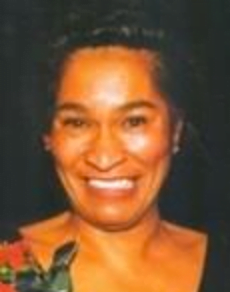 Charlene is survived by loving husband, Helio Abdal, who she married on December 19, 1996 in Greenwich.

She also leaves a host of nephews, nieces, a special uncle, aunts, cousins, and many friends who mourn her loss.

Charlene was born in Greenwich, on December 8, 1952, and attended Hamilton Avenue and Greenwich High School.

Charlene was well known and respected in the Town of Greenwich. When she retired in 2009, First Selectman, Peter Tesei, referred to Charlene as the “fourth selectman.”

“She is the institutional knowledge of everything that has gone on. She had a front-row seat to the town’s leadership,” Tesei said.  Under her first, first selectman boss, the late William Lewis, she became “the gatekeeper to the first selectman’s office”.

First selectman from 1995 to 1999, Tom Ragland, said Charlene was “just the heartbeat of Greenwich”. First selectman, John Margenot who Charlene had a long and very special relationship with, as he held the office from 1985 to 1995 said “the fact that she worked for so many first selectmen, I think is remarkable.”

Paula Belmont, who worked with Charlene for almost 29 years, said, “She’s like family. She’s taught me everything. It won’t be the same.” When Charlene was not working, she spent lots of time with her sisters, Donna and Diane.

Charlene loved to cook, sew, complete crossword puzzles, but her absolute favorite thing to do was spend time with her grandchildren. If you asked her, she would say, complaining, but loving every minute, that two of them Jada and Stephen lived with their “Mama”. Charlene loved Christmas, which was evident by the hundreds of santas she displayed during the holiday season, as she hosted her family and friends – another one of her favorite things to do. With Charlene’s passing, it won’t be the same for many who loved her.
Friends and Family may call at the Leo P. Gallagher & Son Funeral Home, 31 Arch St. Greenwich, 203-869-1513, on Thursday December 8, 2016 from 4-8pm.

A funeral service will be held on Friday December 9, 2016, at the First Baptist Church, 10 Northfield St. Greenwich, CT 06830 at 10am. Interment will be private. To send the family an online condolence please visit www.leopgallaghergreenwich.com