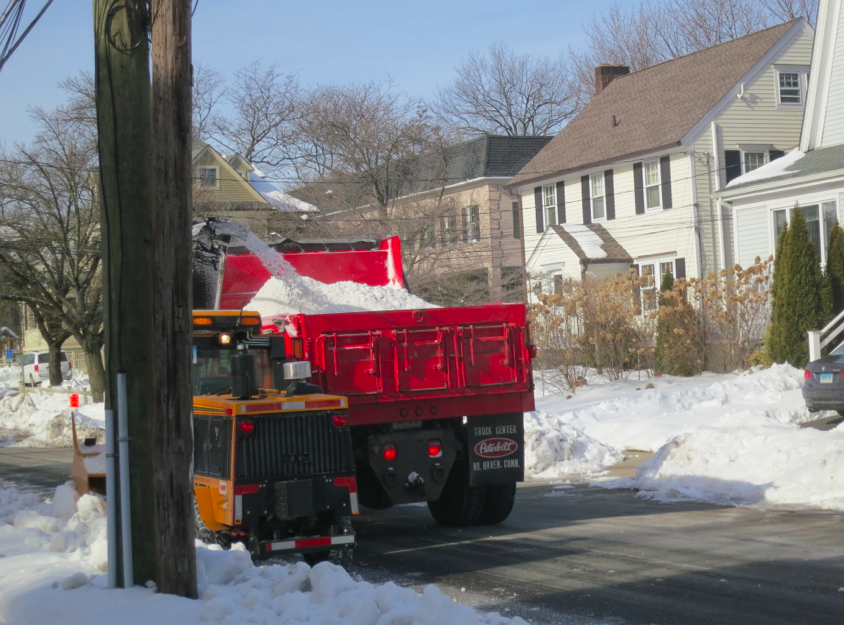 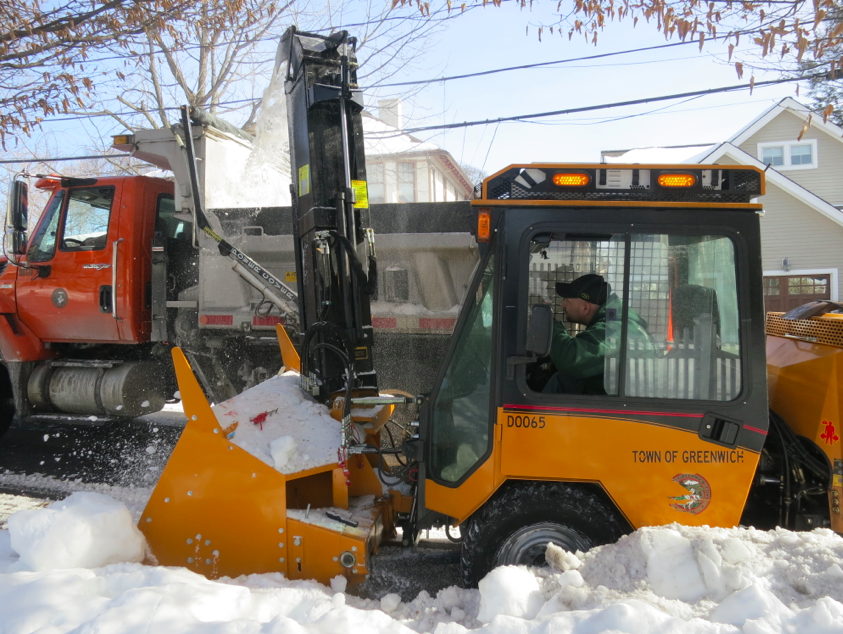 Tesei noted that not all of the budget goes to snow plowing, and that “ice control days” run down the budget even if there is no major precipitation.

“They are constantly on call for freezing road conditions,” Tesei said.

Tesei explained that the Highway Division receives reports in from Greenwich Police via the public safety dispatch, and respond by sending out crews to salt and sand.

“This is my perception, but all the salting and sanding has taken a toll on the roads and the extreme cold contributes to it as the asphalt contracts. I envision we’ll have to probably do more than we normally do, in terms of road resurfacing with this prolonged extreme cold,” Tesei said.