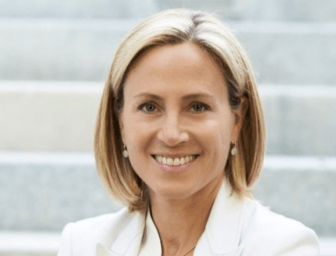 “Starting on January 1 Connecticut residents will benefit from increased healthcare access, stronger protections for victims of domestic violence, and important steps towards pay equity,” Bergstein said. “These new laws will result in stronger safety, opportunity, and prosperity in our state. I will continue to work on these issues and more as your incoming State Senator to strengthen Connecticut for all generations.”

Public Act 18-5 requires a police officer, when responding to a family violence complaint, to arrest the person the officer determines to be the ‘dominant aggressor’ (defined as the person who poses the most serious, ongoing threat.) This new law will help address a problem in Connecticut where, 20 percent of the time, police arrest both the victim and the abuser in a domestic violence situation–which is three times the national average.

Public Act 18-8 generally prohibits an employer from asking about a prospective employee’s wage and salary history. Women in America earn 48 cents to 79 cents for every dollar a man earns, and part of this wage disparity is likely due to decades of sexism and unconscious gender bias that depresses women’s starting salaries and, therefore, their salary history as they move from job-to-job. Paying a person what the job is worth, instead of simply a bit more than their previous job, is the goal of this new law.

Public Act 18-10 helps keep you healthy by requiring that–even if a judge, the president or Congress repeals the federal Affordable Care Act (also known as ‘Obamacare’)–certain health insurance policies offered for sale to residents of Connecticut must still cover at least 10 essential health benefits, including:

Public Act 18-159 requires insurance companies in Connecticut to pay for a variety of mammograms, breast ultrasounds and breast imaging MRI’s with no cost share to the patient. Previously, some baseline mammograms were covered by insurance, but if an additional, follow-up procedure was needed, patients could be billed for hundreds of dollars. This new law helps save patients money while providing them with the medical services they need.