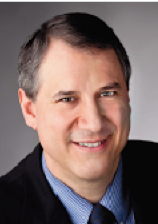 The Retired Men’s Assocaition Feb 17 speaker is Philip Berns. His talk is entitled Myths, Lies and Urban Legends About Immigrants and the American Immigration System.” The talk begins promptly at 11am. It is free and is open to the public.

One of today’s most controversial topics in national and state politics is immigration and the legal treatment of the many undocumented immigrants in the USA. Even the number of these persons is debated, as well as their path to citizenship, if any, and their legal rights as residents of America.

Philip Berns practices in Stamford. He discussed this topic with the Greenwich RMA in September 2010. He now offers his update.

Mr. Berns returns gain to take the common stereotypes and myths and refute them one by one the entertaining manner that left us surprised at how much we have misunderstood the people and the system and better informed about the systemic problems that have led 11 million undocumented people living in the United States, most of whom have no way to ever legalize their status. He will present some simple and fair steps Congress can take to fix the system.

Mr. Berns earned his undergraduate degree from Cornell and law degree from Pace University. Prior to Law School he was a Peace Corps volunteer for one year each in Ecuador and Haiti, where he worked with subsistence formers to build fishponds and grow fish where none had ever been grown before. There he became fluent in Spanish and Haitian Creole, the second and third languages of Fairfield County.

Within days of opening his office in Stamford he was flooded with calls from Haitians for seeking assistance with their immigration cases and found himself drawn inexorably into that practice. He limits his immigration practice almost exclusively to getting legal permanent residency cards (green cards) for people based on family relationships. He also practices in personal injury law. He dedicates many hours each week to sharing his knowledge with the immigrant community about the rights and obligations of immigrants and devotes much time and effort into supporting and encouraging immigrants to advocate at national, state, and local levels for comprehensive immigration reform, in-state tuition, driver’s licenses and fair treatment by local law enforcement.

The Greenwich Retired Men’s Association offers a free program every Wednesday that is open to the public, both men and women; no reservations are required. Our social break starts at 10:40AM followed promptly by our speaker at 11:00AM. Programs are at the First Presbyterian Church, 1 West Putnam in Greenwich. For additional information email: [email protected]