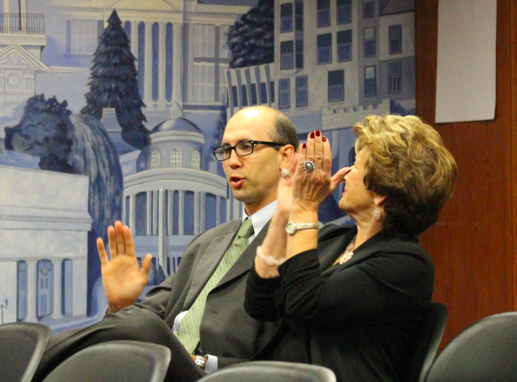 Dustin Anderson, Special Projects Manager for the Town of Greenwich, will head to Munster Indiana to become city manager. At the Board of Selectmen meeting on Oct 2, Peter Tesei congratulated Anderson who arrived in Greenwich in 2010 to serve as executive assistant to the first selectman, a job he held for two years. Mr. Tesei said that Anderson transitioned into the role of Special Projects Manager.

Tesei said the Anderson’s vacated position has been renamed. “Senior Management Analyst,” which he said reflects the job’s focus on changes in business processes, implementation in new systems, and dealing with reimbursements from FEMA.

“Our loss is there gain,” Tesei said. “I want to congratulate you and wish you all success in Munster Indiana” Tesei said. “I told Dustin he should carry a snow shovel in his car when he gets there. They get 10″ more snow out there,” he said.