Within the course of one week, my world has been turned upside down. Or so I have been led to believe.

First, on March 6th, I received an eviction notice by email, informing me that the bank has foreclosed on my property and that I had three days to respond to the email. The sender, a Mr. Bentley, from “Real estate agency,” was kind enough to attach a file to the email with his contact information and bank resolution.

If that wasn’t bad enough, March 12th I received another email, this one informing of a notice to appear in the “court of Cleveland,” and urging me to bring all documents and witnesses pertaining to the case. What case? The details are supposedly in the email’s attachment.

I had better take care of these. What should I do? I could start with Mr. Bentley and plead my case. I suppose I could tell him that I am not a tenant but a property owner, and suggest that next time, rather than putting his “contact info” in an attachment, it would be a lot easier to just put it in the email itself, and thank him for using the word “info” instead of “information.” The informality takes the sting out of an otherwise upsetting email.

Then I would get in touch with Mr. Koch and let him know that I am somewhat confused. There is no “court of Cleveland.” There are, however, several courts in that jurisdiction. I hope he can help sort this out for me. I will also remind him that he should always capitalize the “C” in Cleveland. As a court clerk, I assume he is busy and typos can be forgiven.

So, maybe I am not in such big trouble after all. I would be if I opened those attachments. I’m not a betting man but I’m pretty sure they have malware in them. And did I mention the funeral notice? A dear friend had passed away. That’s what they said in the email. But to find out who it was and where the service would be, you may have guessed by now. I had to open an attachment. 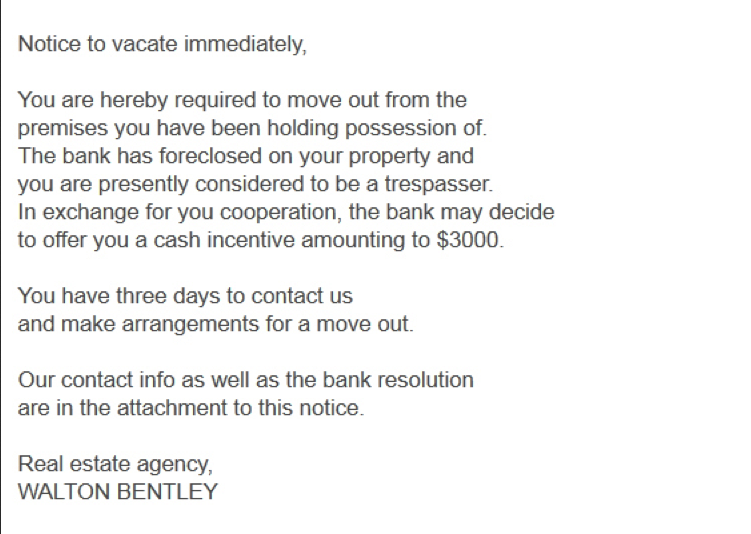 And it’s not all bad. I also received a nice email from the IRS telling me that I could file my 2013 tax return early because they had done the initial preparation work for me. All I had to do was open the attachment.

The best part of the “IRS” email was that it addressed me as “Dear Member.”

Let’s spread the word. We are no longer taxpayers, but members. I suppose some people would like to opt out of that membership. If so, they should send a formal letter asking to drop their membership, and make sure there aren’t any recurring charges on their credit cards.