Sample. Vote. Sample. Vote. It was easy to get in the swing of Chowdafest at Harboryard in Bridgeport on Super Bowl Sunday.

Thousands turned out for the event, the sixth annual tasting competition among local restaurants, which included The Ginger Man (Greenwich and Norwalk), Bernard’s in Ridgefield, Guvnor’s Brewery in SoNo and dozens of others. 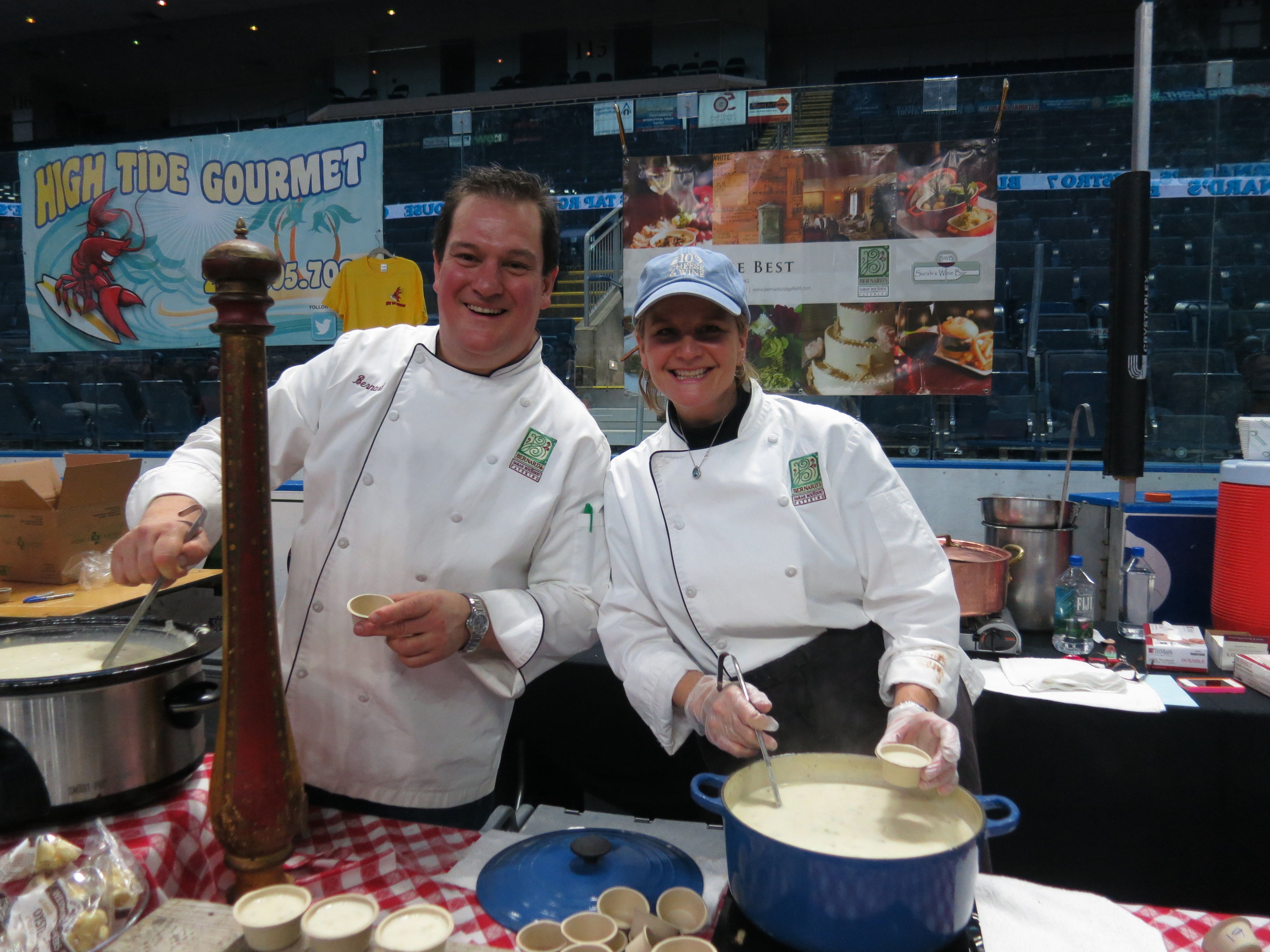 Bernard and Sarah from Bernard’s in Ridgefield. 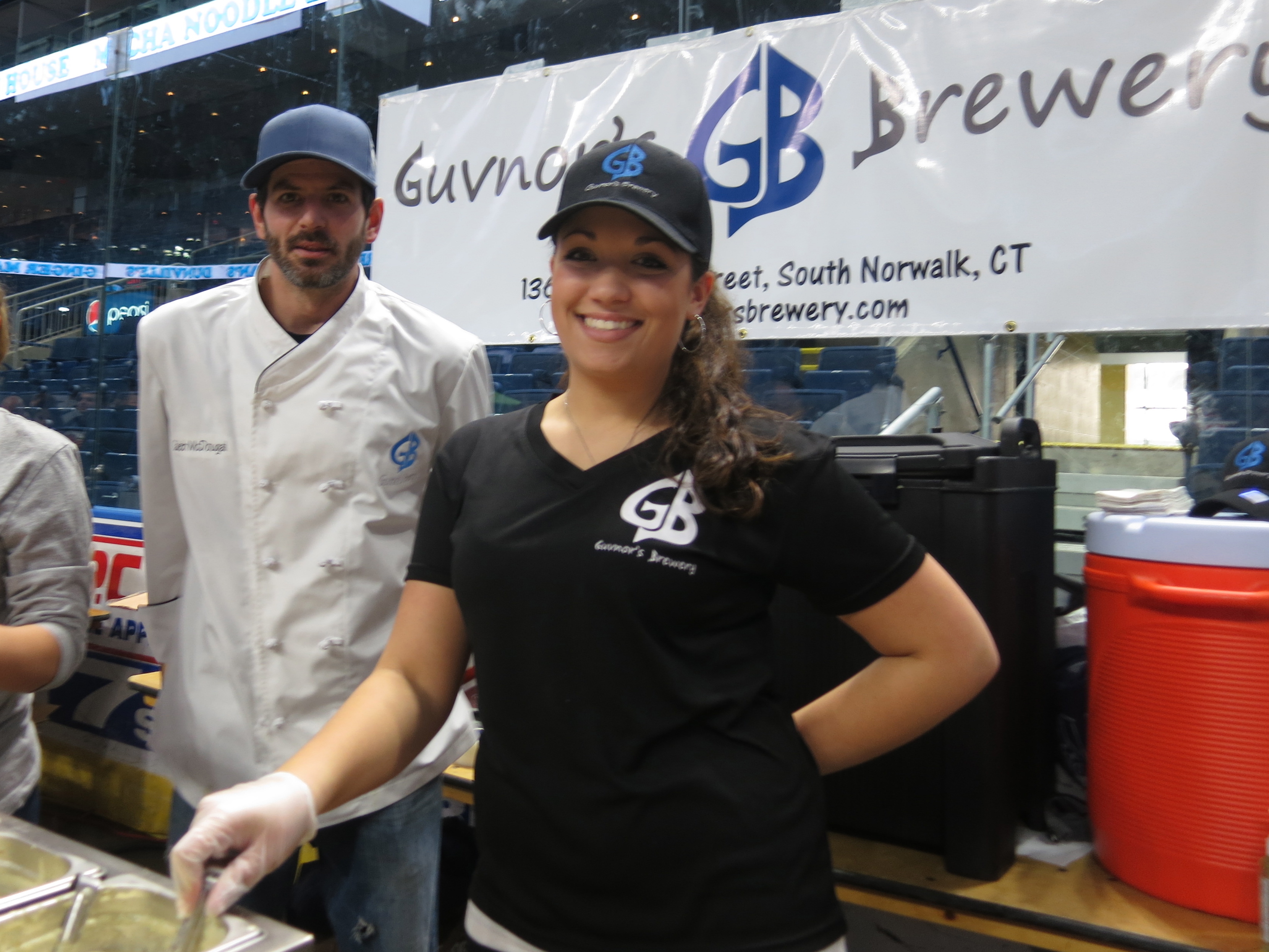 Caleb McDougall and Jessica Aulakh from Guvner’s in South Norwalk.

Of course I am neutral, but the spiced squash butternut soup with maple-glazed pepitas, an entry from Cask Republic (same owners as Ginger Man), was divine. That said, all the samples I tried were delicious.

Chowdafest started six years ago in the Unitarian Church in Westport as a fundraiser for the church, according to Beth Kitchener, spokeswoman for Chowdafest. The event quickly outgrew the original venue.

A nice aspect of Chowdafest is its tie-in with the Connecticut Food Bank, for which it has cumulatively provided for over 60,000 meals, according to Kitchener.

Chef Ref, the Chowdafest mascot was on hand to pump up the crowds at Chowdafest.

A bit of tiara-envy drew me to Miss New Haven County’s Teen and Miss University of New Haven.

Another nice aspect of Chowdafest was that it was a zero waste event. With the help of two sponsors and many volunteers, Chowdafest’s garbage wasn’t destined for landfills. “Our friends at World Centric from Petaluma California, are providing us with plant-based spoons and cups that can all be composted so they can turn back into soil” said event chair Jim Keenan. 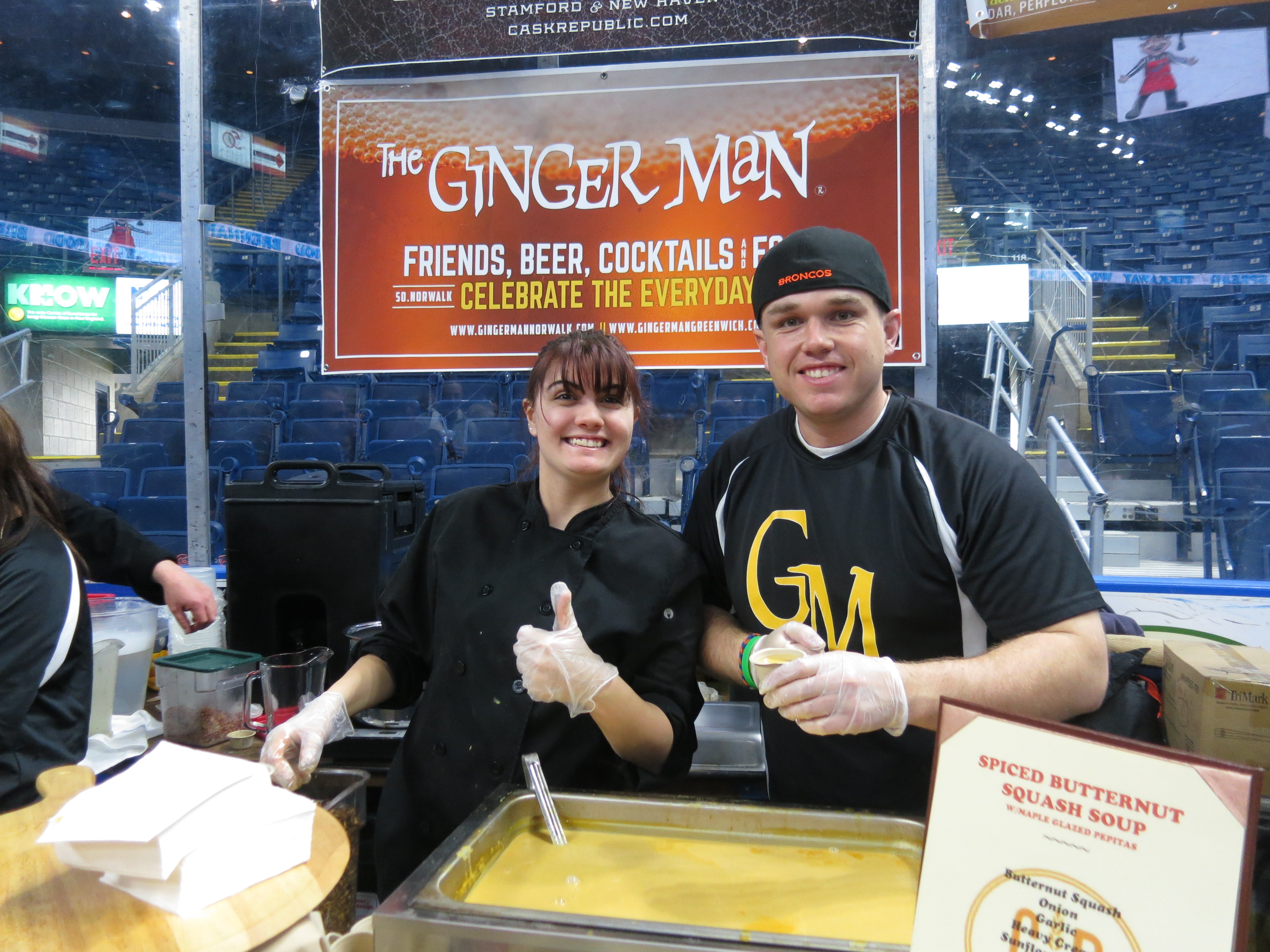