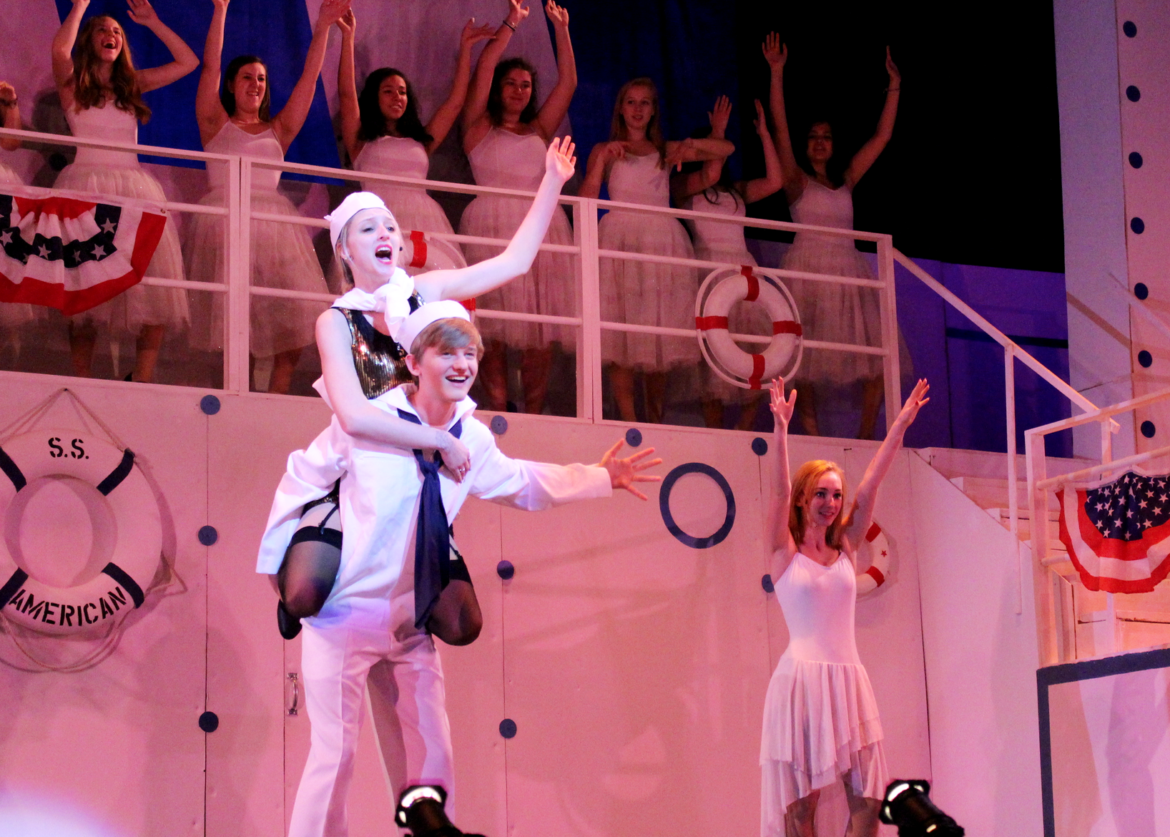 The Greenwich High School musical, “Anything Goes” was launched last weekend on the maiden voyage of their new Performing Arts Center (aka MISA). This swank ocean liner carried cast, crew, orchestra, and audience buoyantly through boffo Cole Porter songs. Even the lifeboats were lowered (The Camille Broadhurst sinking orchestra pit) to get a full view of the deck. Accoustics and sound system sparkled through a fog of parental adulation. The lighting brought a crisp clarity of searchlights.

The decks welcomed the dancers and superb choreography with gracious space. An extraordinary superstructure of stage sets framed all.

Having spent twenty dollars for a seat, one did not expect the value of a Broadway show.

Behind all this performance were the seamless and talented guidance of Ms. Crigliano (Director), Mr. Suber, Jr. (Choreographer), Mr. Johson (Musical Director), Mr. Borowka (Technical), Ms. Moran (Costumes). But the unseen support staff of the whole production crew was the real wind beneath the wings of the performance.

Those who fought hard and long to build the Performing Arts Center were well rewarded by this premier of the auditorium. At “Anything Goes” last weekend, “Everything Went” marvelously well.