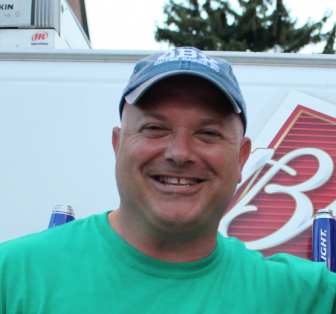 This is in response to Mr. Litvack’s article condoning Mrs. Kostin for her outright sad and disgusting display during the DTC election results gathering.

First and foremost, as I write this letter at 5:oopm on Nov. 15th, I have still not received a phone call or had any in person interaction with Mrs. Kostin.

So in fact I have not had the courtesy of an apology from Mrs. Kostin.

Most individuals who subscribe to Mr. Litvack’s ideology may think that a Facebook or social media post is sufficient, for those of us who grew up in Greenwich and many others who were raised to have values and a conscious, its important to take responsibility for your actions by facing the person that you publically defame and apologize.

Who doesn’t remember your parents dragging you to a neighbor’s house to apologize for calling their child who probably was your best friend, a name or breaking a window while playing baseball? We dealt with our poor decisions at the time face to face and we moved on.

It’s obvious those days are gone and the double standard now applies in Greenwich.

For Mr. Litvack to write such a letter condoning this behavior (and lets not kid ourselves he is) and shifting the blame to a group who was angered and insulted by the action is completely shameful. Maybe his lovely bride Joanna Swomley, the leader of the indivisible group, was the ghostwriter since Mr. Litvack, who is supposed to be serving as one of our selectman, is never in town.

How about you start doing the job you were elected to do and serve our town instead of contributing to its division?

As for Mrs. Kostin, Keep your apology it wouldn’t carry any weight now as it is. But let’s just think about this, could any of the residents of Greenwich imagine if I were to be the one that said this about Mrs. Kostin or my opponent Mr. Meskers (who unfortunately for the 150th district didn’t have the courage to denounce this type of rhetoric and has still remained silent).  I would have been National news and probably had paid protesters marching outside my house and harassing my kids at school.

I am surprised however that the President wasn’t somehow blamed for this. The double standard is alive and well in Greenwich.

It is being utilized by yes Mr. Litvak, I’m sad to say, Democrats, Liberals, Indivisibles and a Socialist agenda to serve their rhetoric as evident by the room full of applause and laughter when it was said. Anything it takes and we don’t care who gets hurt along the way.

It doesn’t matter if they have a family and children who have to ask their mother what the word “douche” means. Neither I, nor anyone else will change the mindset of those who hate. But together we can make a difference. We can stop the divisive nature of our wonderful town. We can allow our children to be friends and be free thinkers. We can pick ourselves up and dust ourselves off when things don’t go our way without the need of counseling. We can support those elected to office even though we didn’t vote for them. We can be nice. We can be civil towards one another. We can be respectful to each other and their beliefs. We can be role models for our children and their friends.

We can show up to Veterans events that honor our heroes. We can give our time to those that need it. We can stop spreading false truths and lies about one another. Most of all we can be the Greenwich Community that we once were, one of grace, dignity and respect.

Put the world away for a minute and lets return to the community that was united and would help one another at the drop of a hat.

Let’s be reminded of the school norms our children are asked to live by everyday:
• Be Here
• Be Safe
•  Be Honest
• Care for Self and Others
• Let Go and Move On

I think its time we started to practice these as well. Lets start with the latter and let’s let go and move on.