Taruna and Nicolas said Alya’s neurological history has been very complicated and her neurologist has been dedicated in his efforts.

Alya has a global developmental delay and has no words yet, but there is hope she will begin speaking at some point.  Some of the children with PACS1 Syndrome have spoken their first words at age 8. Recently a girl with PACS1 Syndrome said her her first word at 14. Alya’s family perseveres with therapies, but also hopes that research will result in therapeutics for PACS1. 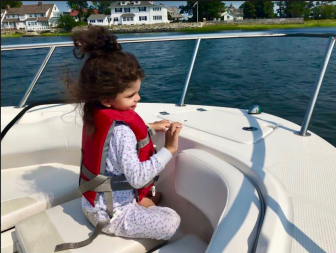 Immediately after receiving the PACS1 Syndrome diagnosis in January of 2017 Taruna and Nicolas connected with Alya’s grandfather, (Nicolas’ father), Dr. Jean-Dominique Vassalli who has a long career in genetics and holds a PhD from Rockefeller University.

They have also connected with another parent and PACS1 advocate, Farhad Quassem, who was already pursuing ways to initiate further research. Dr. Vassalli reached out to Dr. Sid Strickland at Rockefeller, a colleague and long-time friend, and Dr. Strickland put everyone in contact with Dr. Joseph Gleeson at UCSD.

“The past year has been an incredible experience for me and my family,” said Taruna.  “To engage with all these brilliant scientists who understand that time is of the essence and freely share ideas and information with each other.  Everyone focusing together on a joint endeavor: finding therapeutics for a very rare disease.”

Taruna said that this particular research is unlikely to make these scientists rich or famous.   Also, time is a real issue as they do not know the long-term prognosis of the syndrome or whether there might be a limited treatment window.

When getting started, Dr. Gary Thomas who has been researching the PACS1 protein for over two decades, was incredibly excited to partner with Alya’s team.

Dr. Thomas now has real children who could be helped by his studies. The PACS1 team also engaged Dr. Nicholas Katsanis, a passionate scientist who runs the Center for Human Disease Modeling at Duke University. 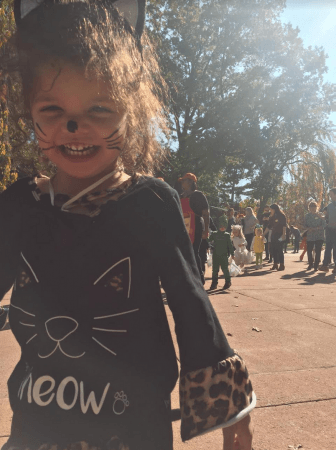 The PACS1 Syndrome Scientific Foundation has already made progress with their research, working towards the goal of finding a therapeutic that can benefit Alya and other PACS1 children. They hold hope that their research might include a prototype that could work for other similar single gene mutations/rare diseases.

“Rare diseases are not so rare,” Taruna said. “One in ten people have a so-called ‘rare-disease’ and we believe that the way forward for genetics is to explore therapeutics for all genetic syndromes, whether it be through gene therapy, small molecules, or other advances in the science of genetics.”