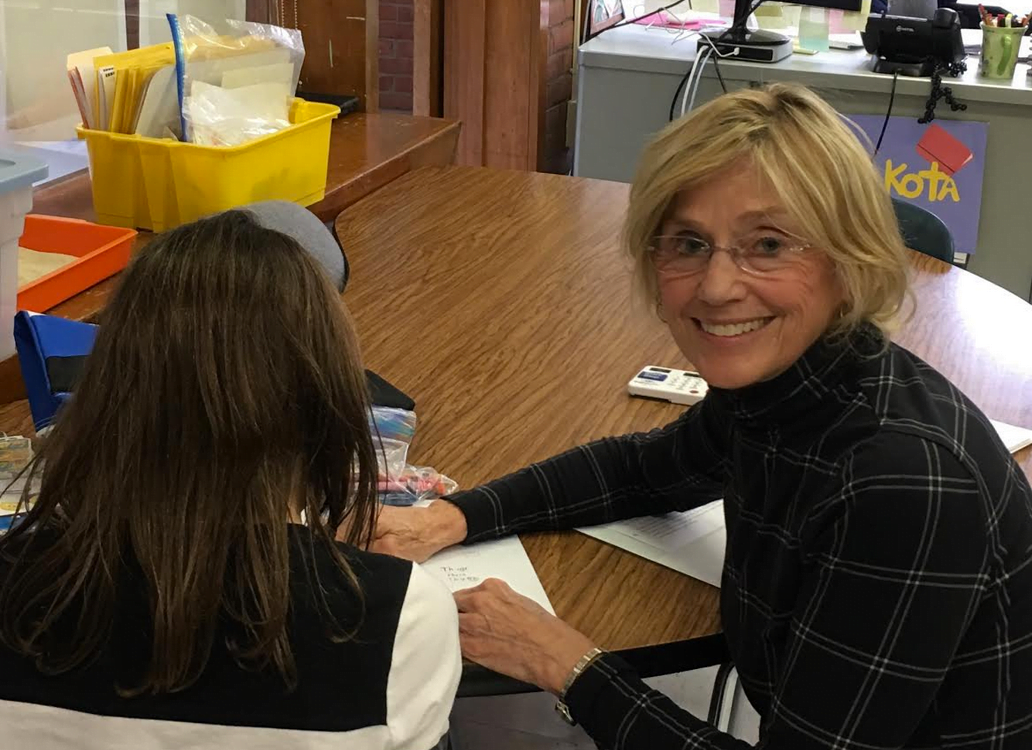 The program was inspired by Greenwich resident and retired teacher, Joan Lowe, who guided the program in collaboration with Greenwich Public Schools during the fall of 2008 at North Mianus School. Today the program has expanded to engage over 100 active volunteers who reach over 400 students each year in all Greenwich elementary schools and the YWCA of Greenwich, Boys & Girls Club of Greenwich and the after-school program at Byram Archibald Neighborhood Center (BANC).
Lowe approached the Greenwich United Way with the concept of launching a program to improve the reading fluency skills of elementary school children in Greenwich. After volunteering outside of the town to help children, Lowe felt that the need also existed in her hometown. The Greenwich United Way was able to collaborate on the idea with Greenwich Public Schools which gave the program a curriculum that could be used by trained tutors provided by the Greenwich United Way during regular school hours.
“I’m in awe of how quickly this program grew, and I am beyond grateful to the Greenwich United Way. I am extremely appreciative of the longstanding weekly commitment of volunteers who dedicate their time and enthusiasm motivating students to improve their reading throughout their entire academic year. In addition, the success and growth of this program could not have happened without the support and guidance of Greenwich Public School Literacy Specialists and the Directors of the 3 after-school programs. The response by students and tutors has been incredible. It has truly been an extreme honor to be a part of this program. I am certain that with the support of the local community and the Greenwich United Way, we will continue to grow the Champion Programs”, said Lowe.
Last October, Greenwich Dance Studio and Arthur Murray Grand Ballroom of Greenwich sponsored a fundraiser for the Greenwich United Way on Sunday, October 22, at Greenwich Academy. The event included performances by both dance schools and a reception provided by Garden Catering. During this event the CEO at Greenwich United Way, David Rabin, announced that the Greenwich United Way is planning on expanding the organization’s Champion’s Programs, building off the success of the Reading Champions program, to include other subject areas including Math, Finance, and Coding in the future.
Champions Program Coordinator, Cecile Meunier, was recently hired to provide management and oversight to all Champions Programs moving forward. Meunier recognizes the need for new volunteers to continue to fuel the expansion of the Reading Champions program. “There are volunteer opportunities for everyone”, said Meunier. She continued, “We have high-school students from Sacred Heart who volunteer at our after-school programs all the way up to retirees who volunteer an hour per week to the program. If someone is interested I highly encourage learning more. It is one of the most rewarding experiences for those wanting to make an impact in their community.”  An annual volunteer appreciation recognition event is scheduled for May followed by Reading Champions Award ceremonies slated for later this spring.
To become a trained volunteer, for more information, or to make a donation, please contact Meunier through email (cmeunier@greenwichunitedway.org) or visit Greenwich United Way online (greenwichunitedway.org).