The winners of the Historical Society of Greenwich’s “This Place Matters!” photo contest were celebrated on Tuesday at Innis Arden Cottage at Greenwich Point.

The announcement of the contest’s winners coincided with the 377th anniversary of our town’s founding in 1640.

During the contest, residents were encouraged to mobilize around the places in town they love and are worth preserving for future generations.  “This Place Matters!” was inspired by the National Trust for Historic Preservation’s initiative to encourage preservation.

There were over 60 entries to the photo contest, each picture displaying a different landmark around our town that meant something to the people living in our town. The photos covered everything from landmarks to monuments to overall important places in town. “There’s one from each section of town,” claimed the organizer of the event, Laura McCormick.

This event encouraged residents to focus on the importance of preserving landmarks and monuments that everyone in Greenwich holds so dearly.

“The event is close to home, it’s perfect, it’s wonderful,” said State Senator Scott Frantz. “You can never hear the basic history of the beginning of the town enough. It’s a wonderful story.”

Davidde Strackbein, Greenwich Historical Society Chairman, said the Greenwich Landmarks Recognition program was launched 30 years ago to identify and plaque structures that embody our town’s unique historical and architectural legacy since its founding in 1640. She described the “This Place Matters!” as a modern documentary project.

Timed to coincide with the 30th anniversary of the Landmarks Recognition Program, the initiative encourages residents to focus on the importance of preservation for maintaining Greenwich’s rich cultural heritage by sharing the places and stories that make Greenwich such a cherished place worth preserving. 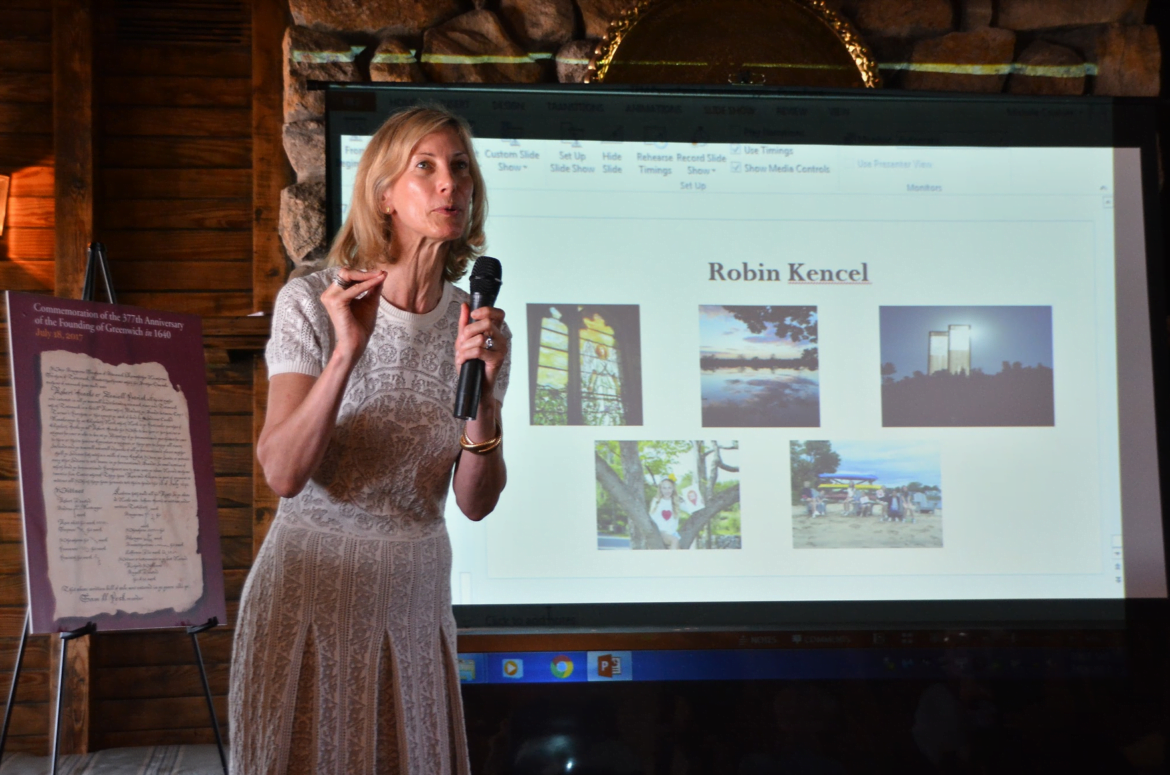 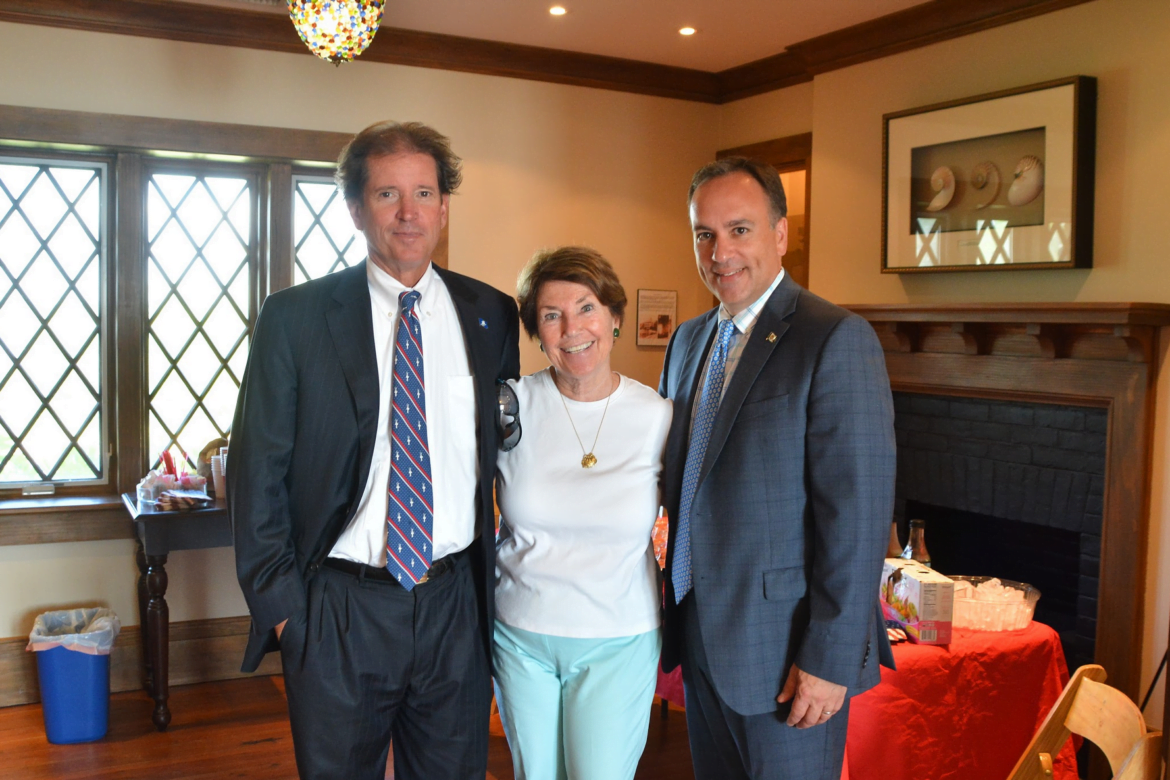 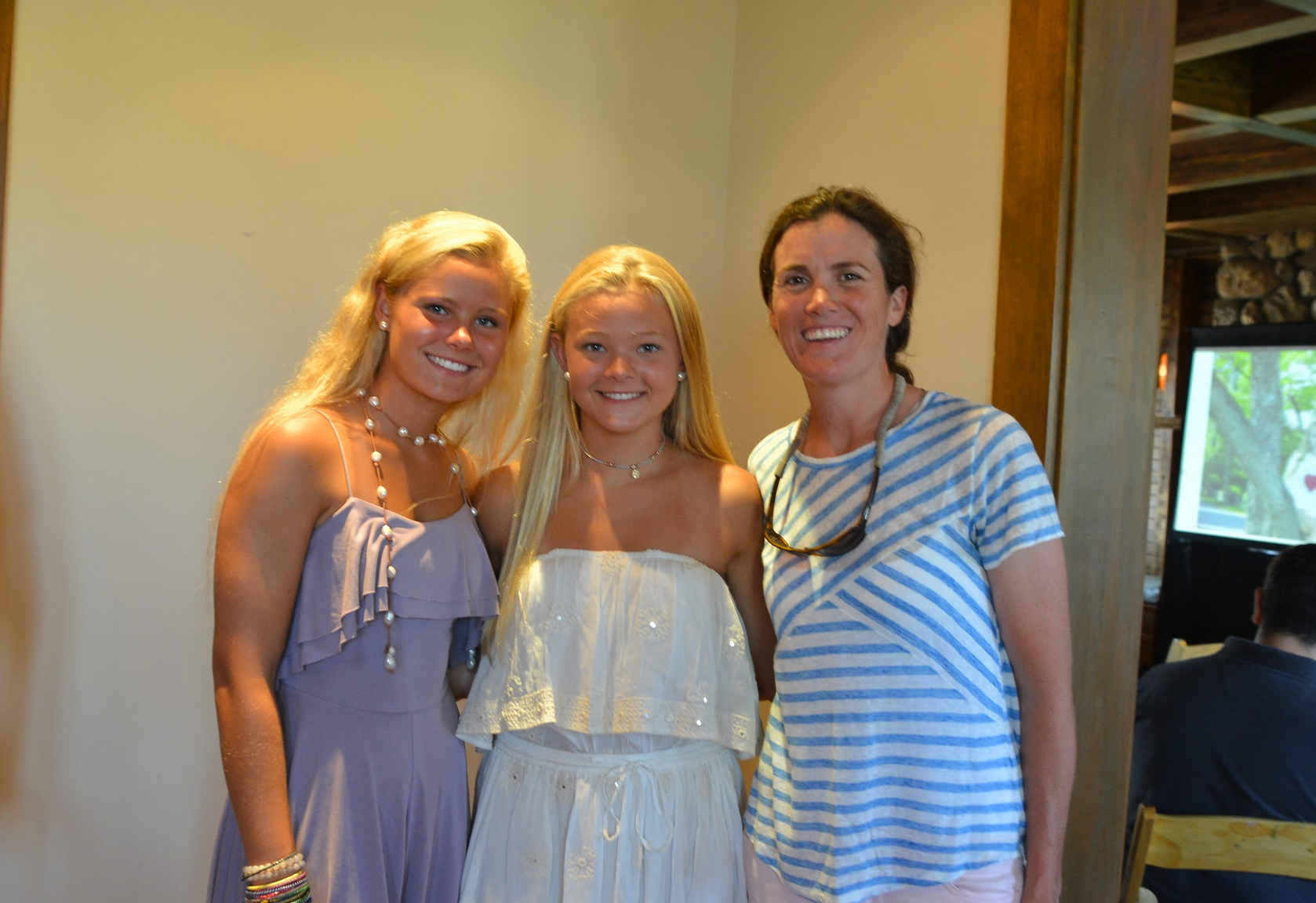 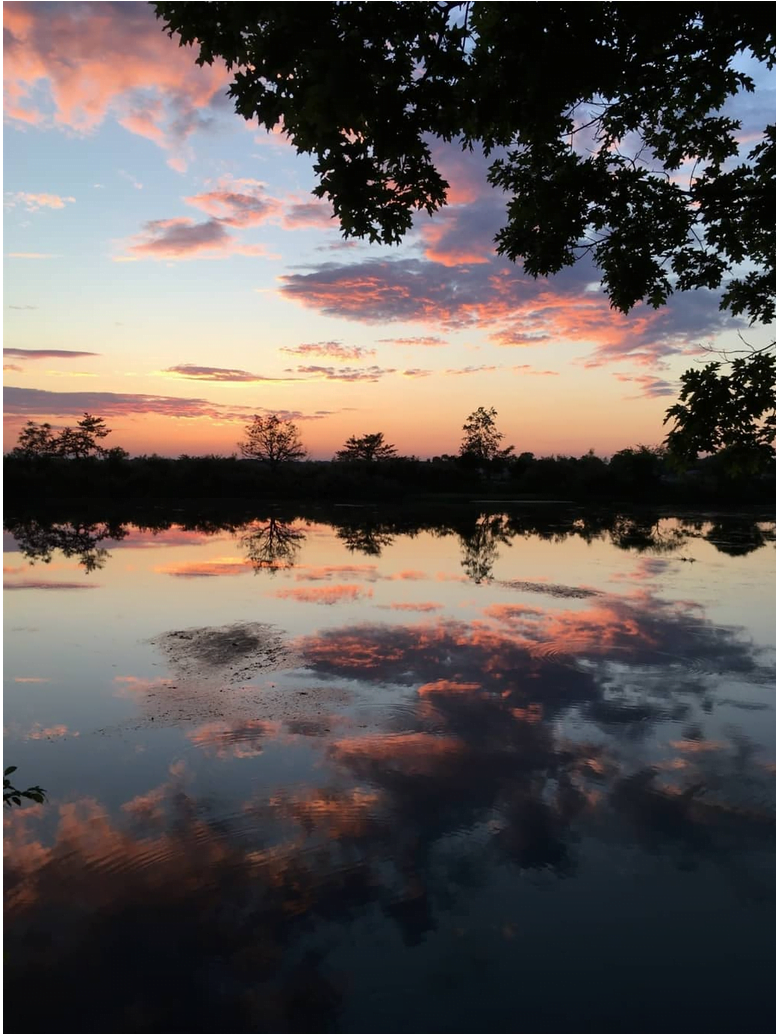 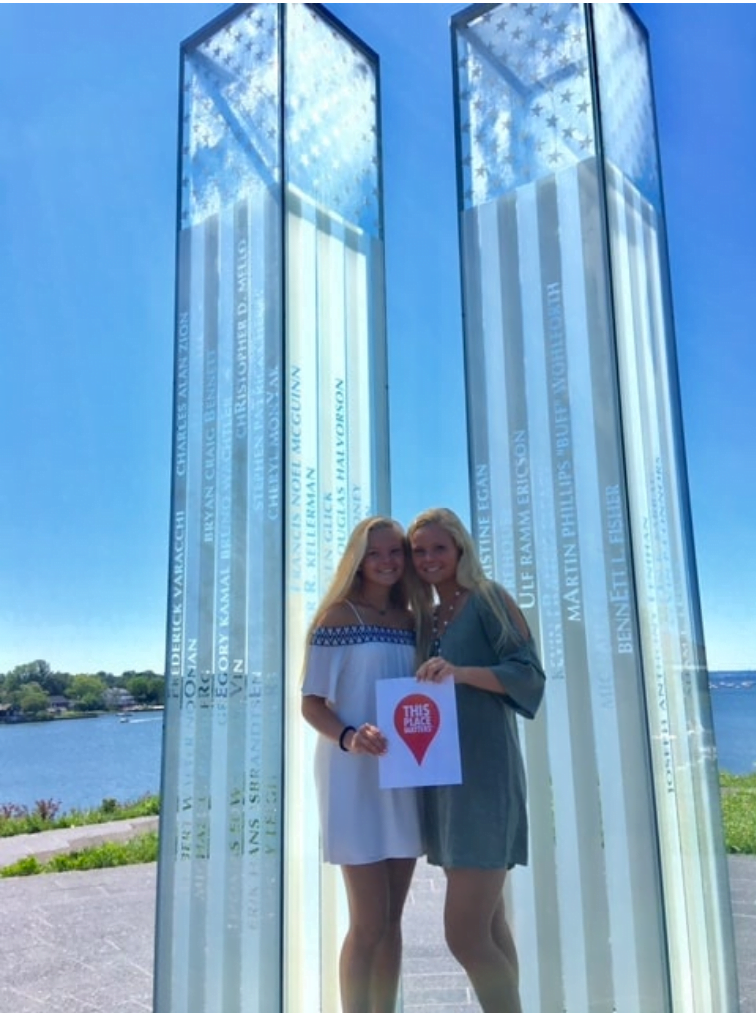 2nd Place Mason and Teddy Maloney at the September 11 Memorial in Cos Cob Park.  Submitted by Sally Maloney

2nd Place
Mason and Teddy Maloney at the September 11 Memorial in Cos Cob Park, Cos Cob Submitted by Sally Maloney 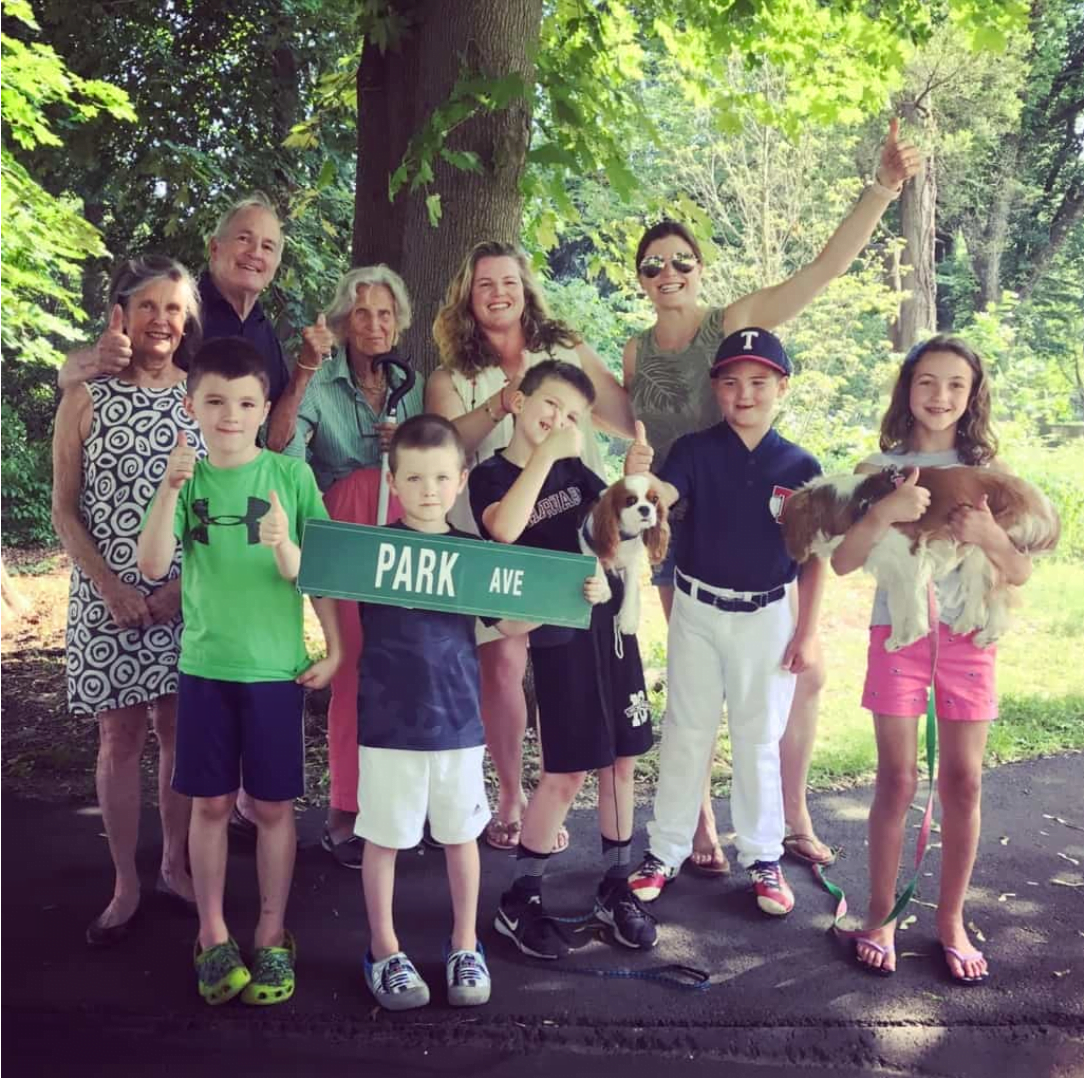 History of the Landmark Recognition Program

Established in 1987 as “Signs of the Times” Greenwich Landmarks was founded by the Historical Society under the leadership of Claire Vanderbilt, one of the town’s tireless advocates for historic preservation.

The program was the first broad-based local effort to undertake detailed research and documentation of individual properties and to make the information accessible to the public for research. Each property is professionally researched, with all related documents preserved in the Historical Society’s Archives. Owners receive an official Greenwich Landmark plaque, a title search and a formal architectural description of the home. Landmark designation does not restrict an owner’s right to modify a building or site.