Celebrated zookeeper Jack Hanna will recount his adventures in the wild while displaying a menagerie of live animal friends in two special shows on Wed., May 7 at The Maritime Aquarium at Norwalk. 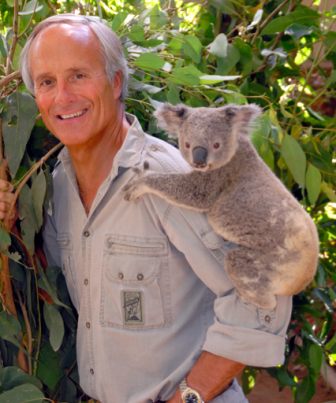 The animal adventures will begin at 2:00pm & 7:30 pm in the Aquarium’s IMAX Theater. Click for ticket information.

The animal “guests” for Hanna’s upcoming visit haven’t been announced. Last year’s collection included Fennec fox kits, a 15-foot python, a Siberian lynx, a lemur, a lesser anteater, a penguin, a beaver, a young wallaby, a six-week-old black bear, and many others.

Hanna is one of America’s most beloved naturalists and adventurers. The director emeritus of the Columbus Zoo hosts two weekly TV shows and is a frequent guest on “Good Morning America,” “The Late Show with David Letterman” and other popular programs.

For his enthusiasm and wonderment with every new creature and experience he encounters, it’s no wonder he’s been called “every person’s TV zoologist.”