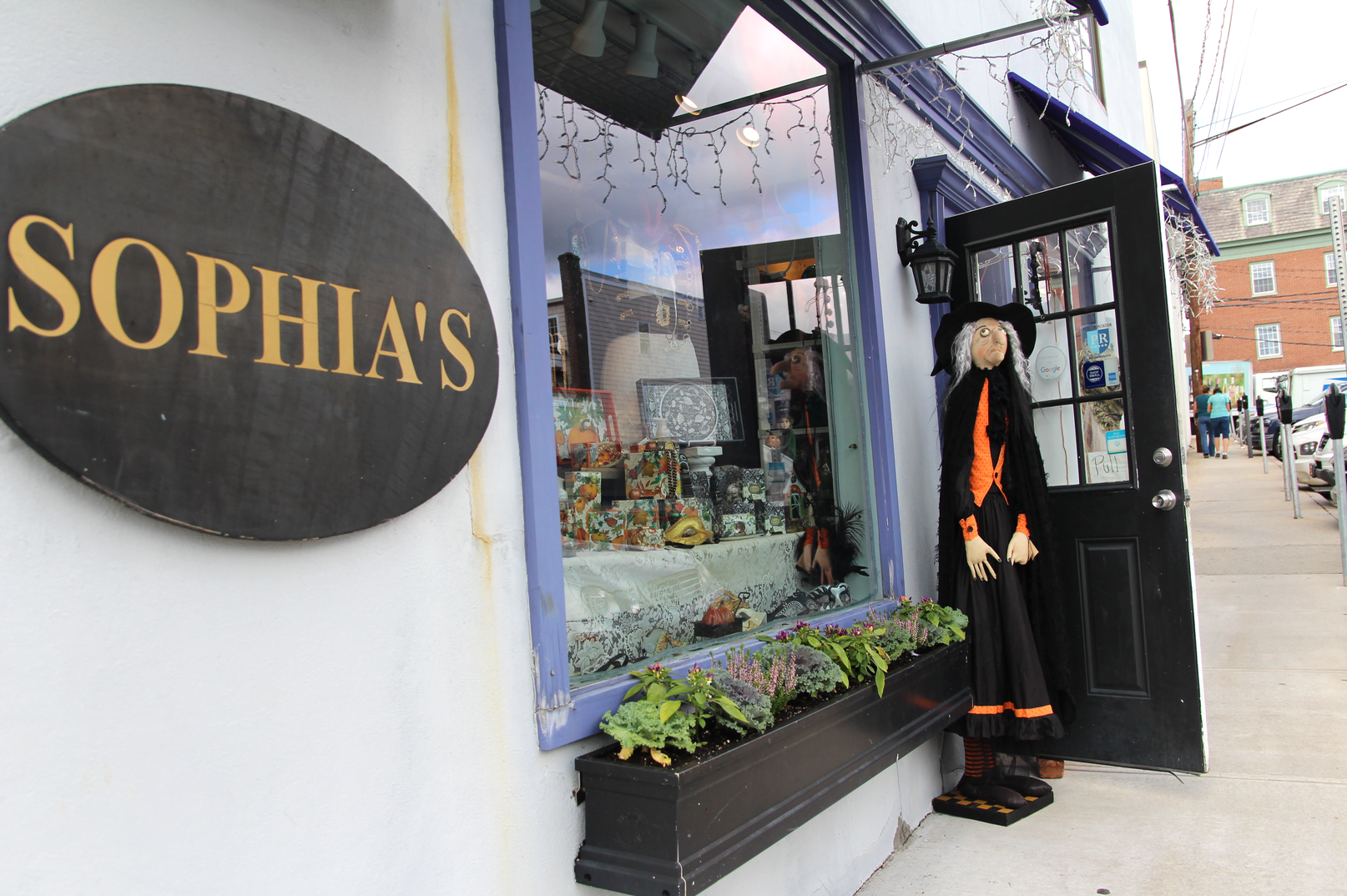 In central Greenwich, Sophia Scarpelli, whose shop bears her name, has been selling costumes for Halloween and parties for decades.

Every October people from near and far make her costume shop a destination for costumes to purchase or rent. The store has two floors jam packed with costumes and accessories for Halloween, which this year falls on a Wednesday.

Having graduated from Greenwich High School in 1977, Sophia is a familiar face to many.  Her independent shop is a stone’s throw from Greenwich Ave, and she has been going strong for decades – a significant feat.

Sophia’s costume collection has swelled into the thousands since the day 30+ years ago she put out a rack with eight pieces of vintage clothing. 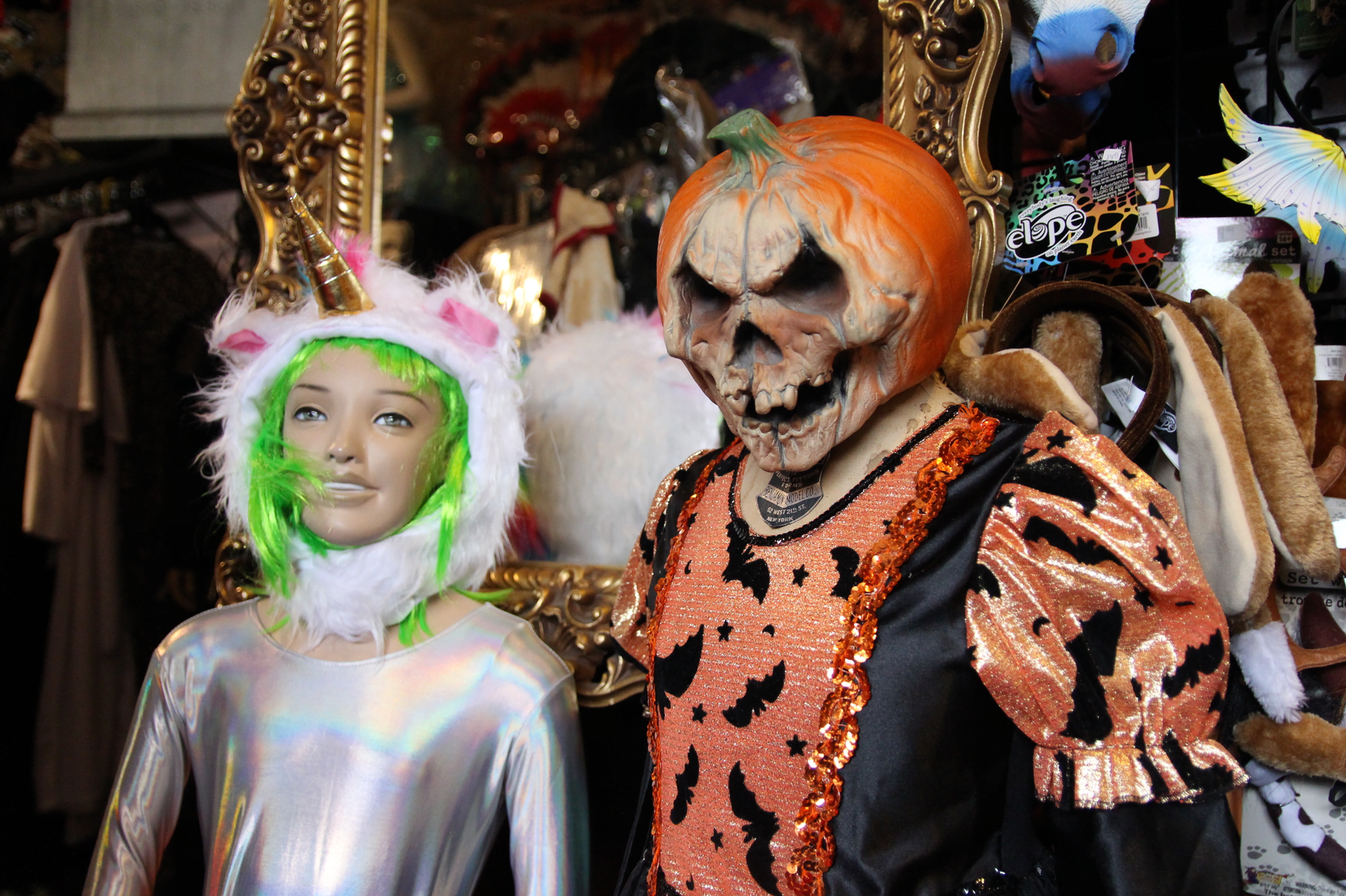 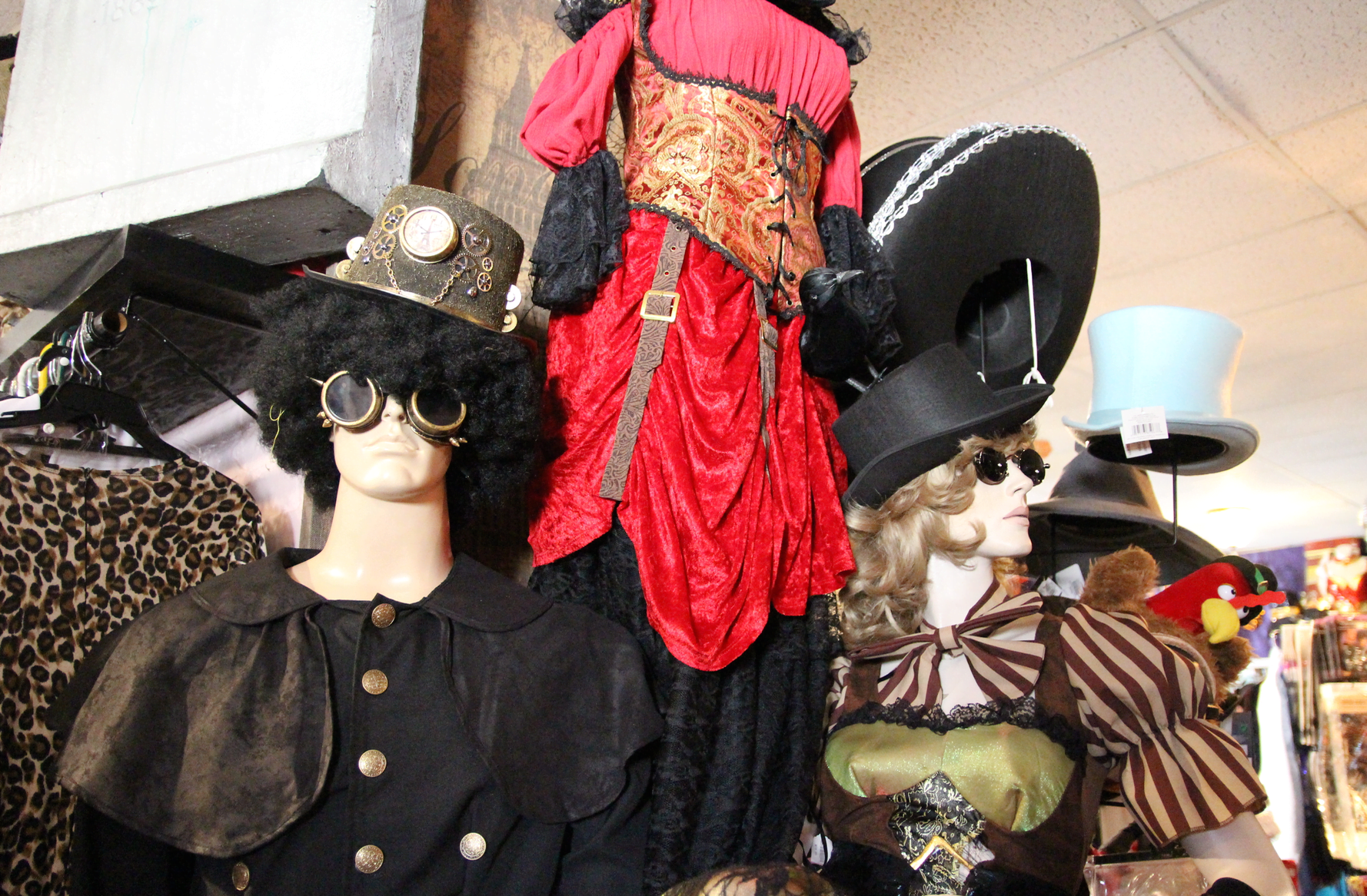 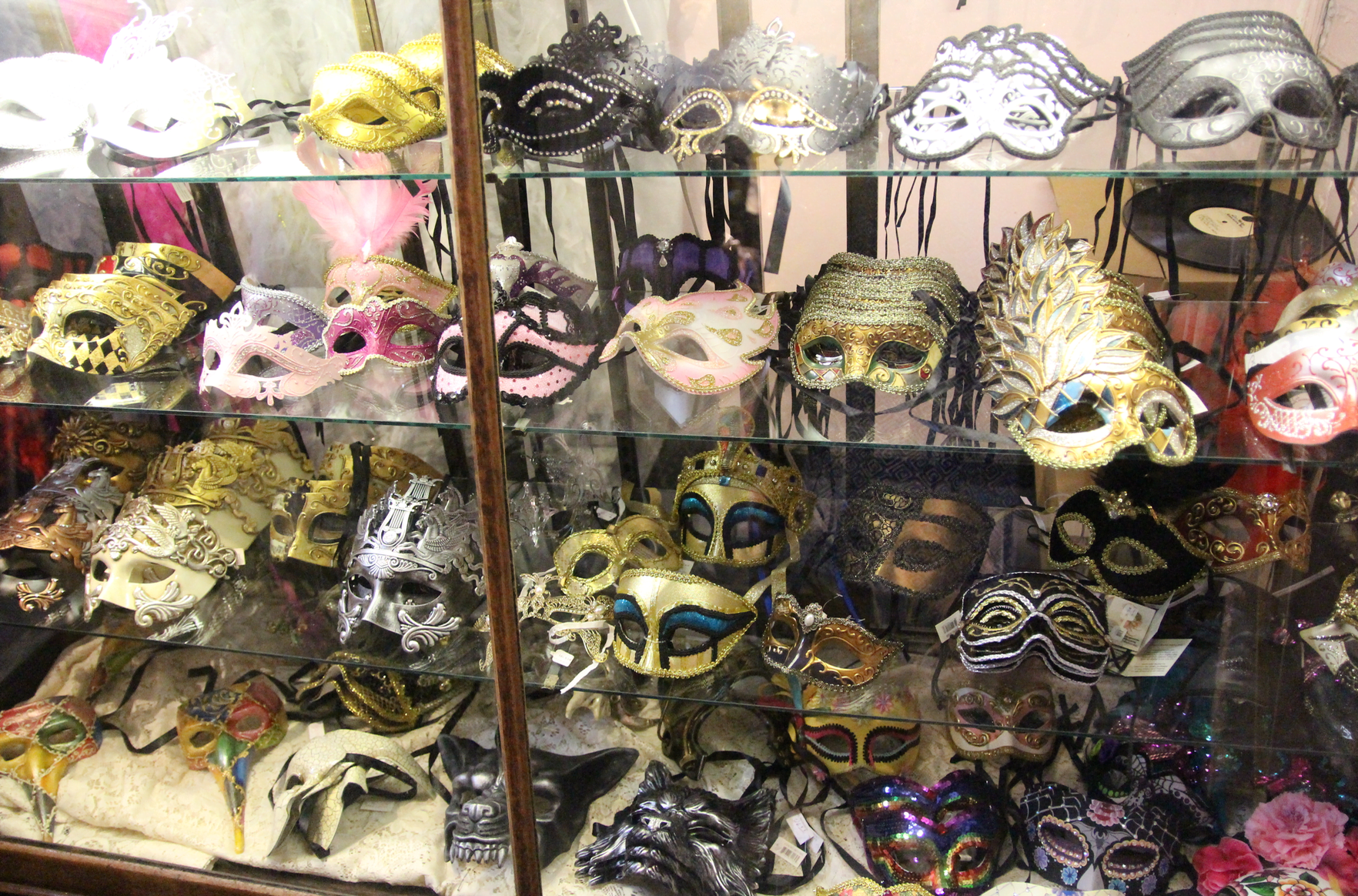 At the time she and her then husband did furniture restoration and sold antiques in the shop. As time marched on, the shop became her own and she responded to customers’ wishes.

“I got the idea to do some rentals of costumes because people were always asking to rent my period pieces from the 20’s and 50’s, which were the decades that were popular then,” she recalled. “I made ten Flapper dresses and ten poodle skirts. I was 28 years old and used my credit card,” she said of the initial investment.

From there she explored the competition and what they had to offer. “Everything stank and was tired looking,” she said. From there she invested in 20 high-end costumes and the rental business simply took off. 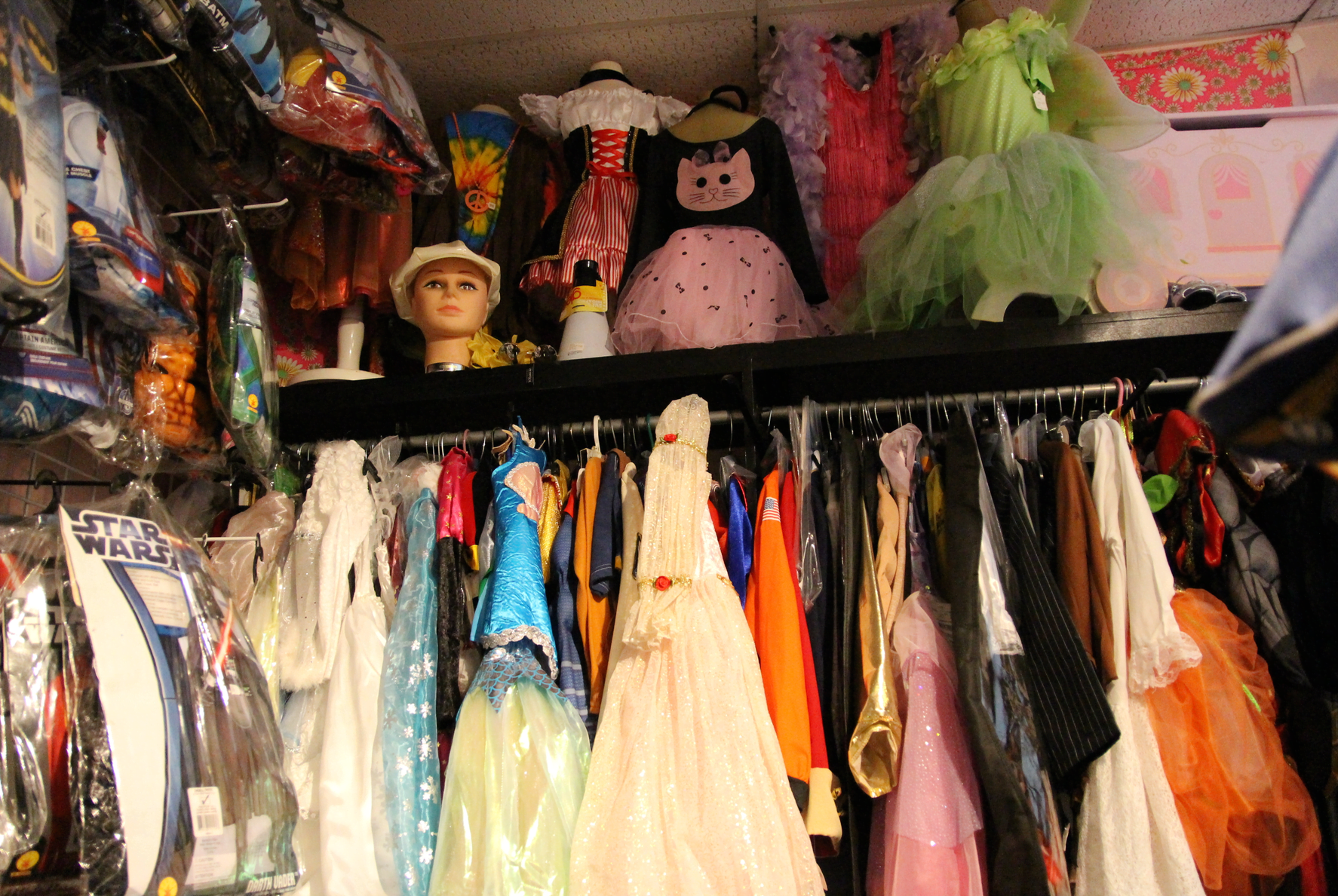 While her business focuses on costumes and vintage clothing, she rotates her inventory seasonally, and in a few weeks the theme will turn to Christmas.

Now that it’s October, it’s all hands on deck in the shop, and longtime employee, Glenn Beyus moves at lightning speed up and down the stairs between the store’s two levels helping customers find their perfect costume.

Sophia’s has thousands of costumes for adults and children.

From now through Halloween day, Sophia is offering a special on children’s costumes: buy one, get one for 50% off. 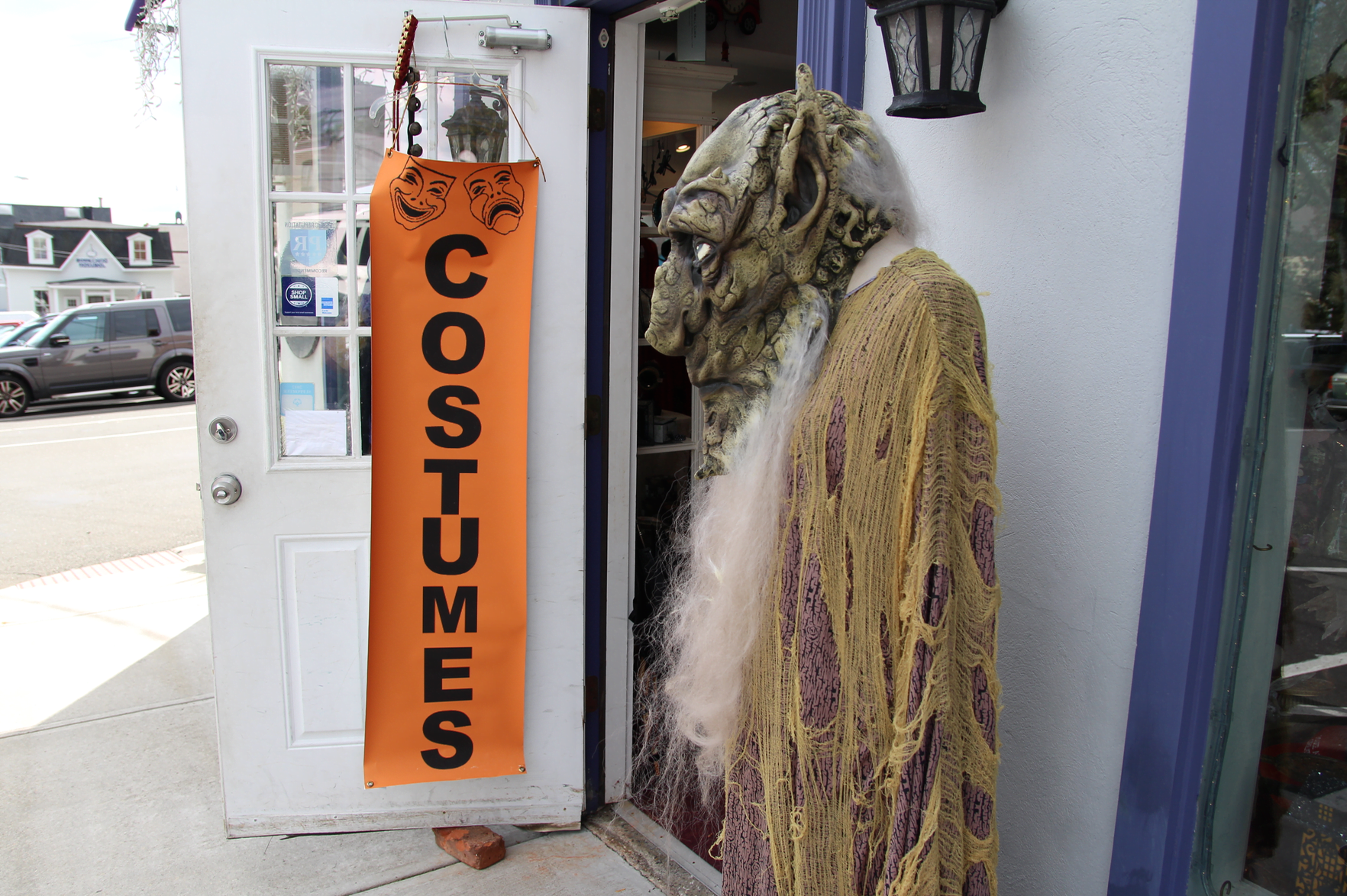 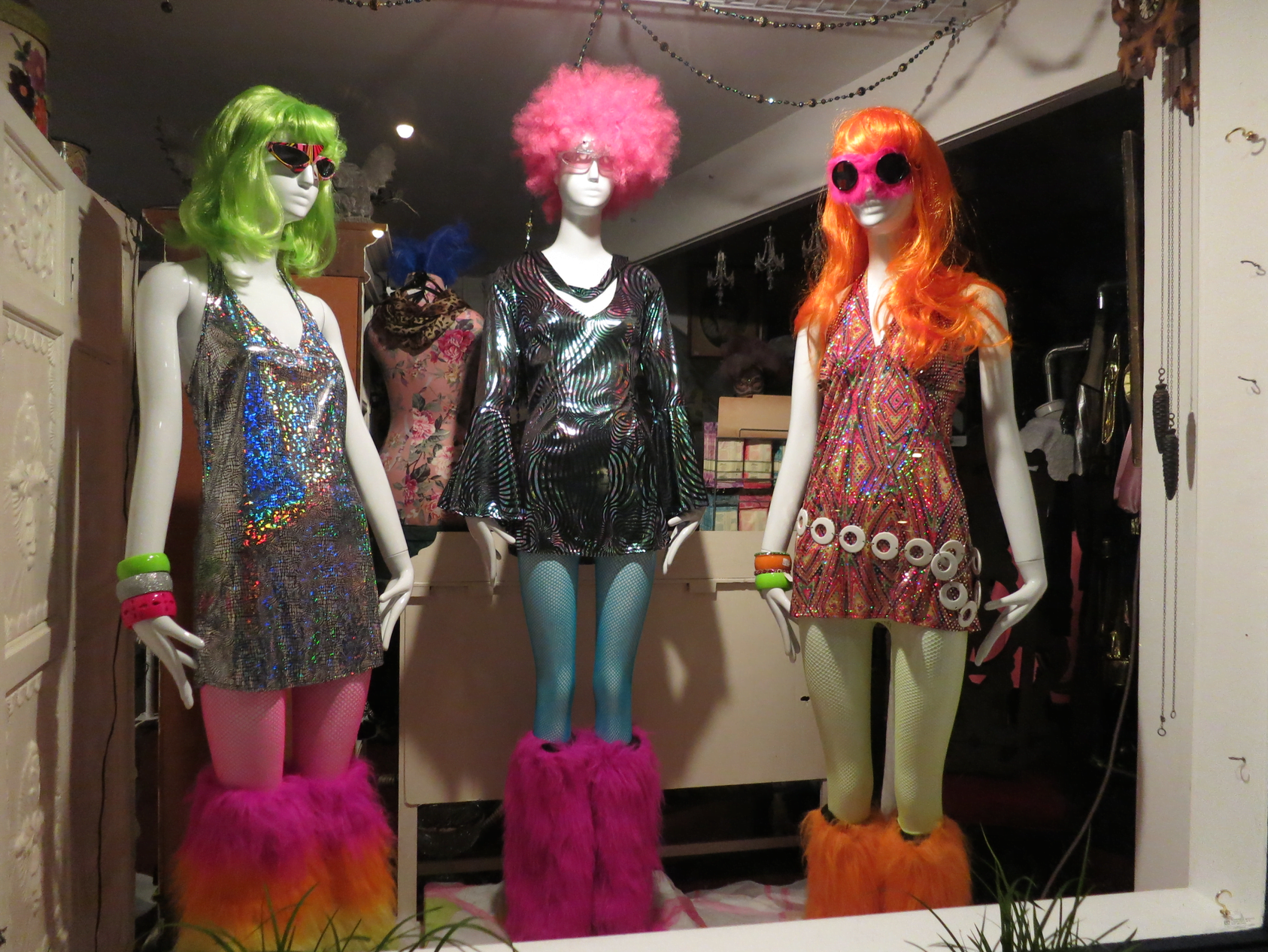 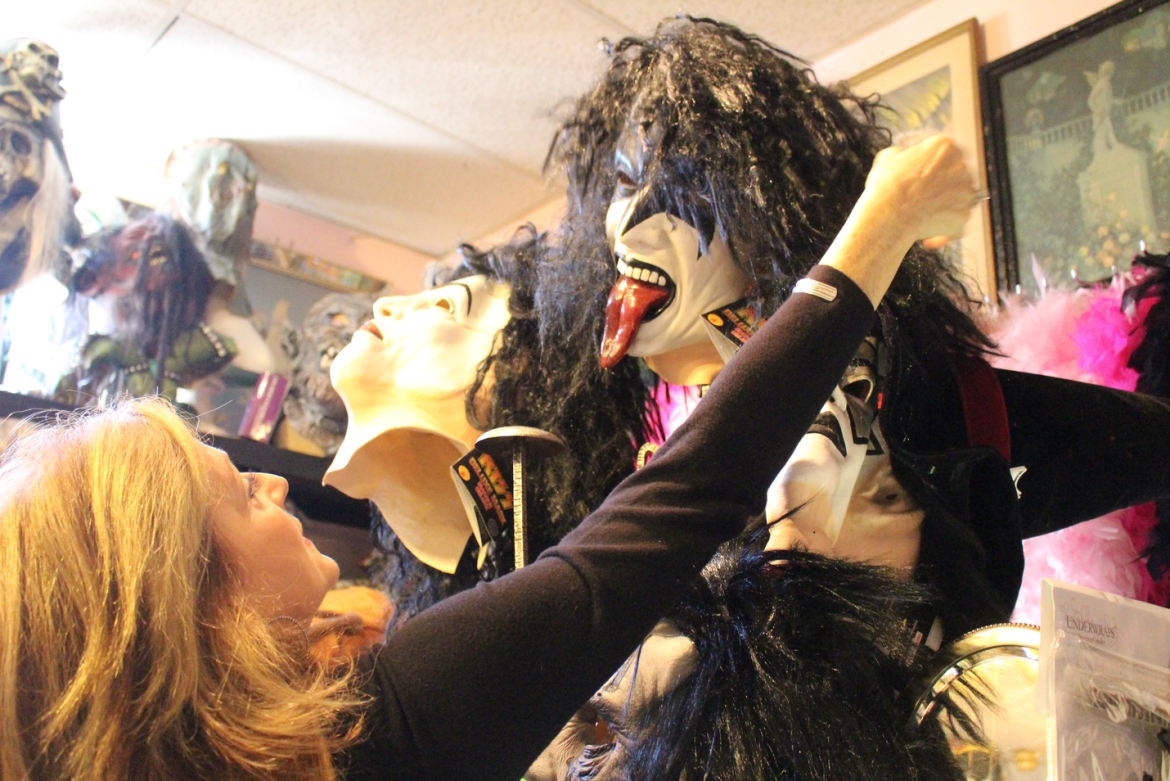 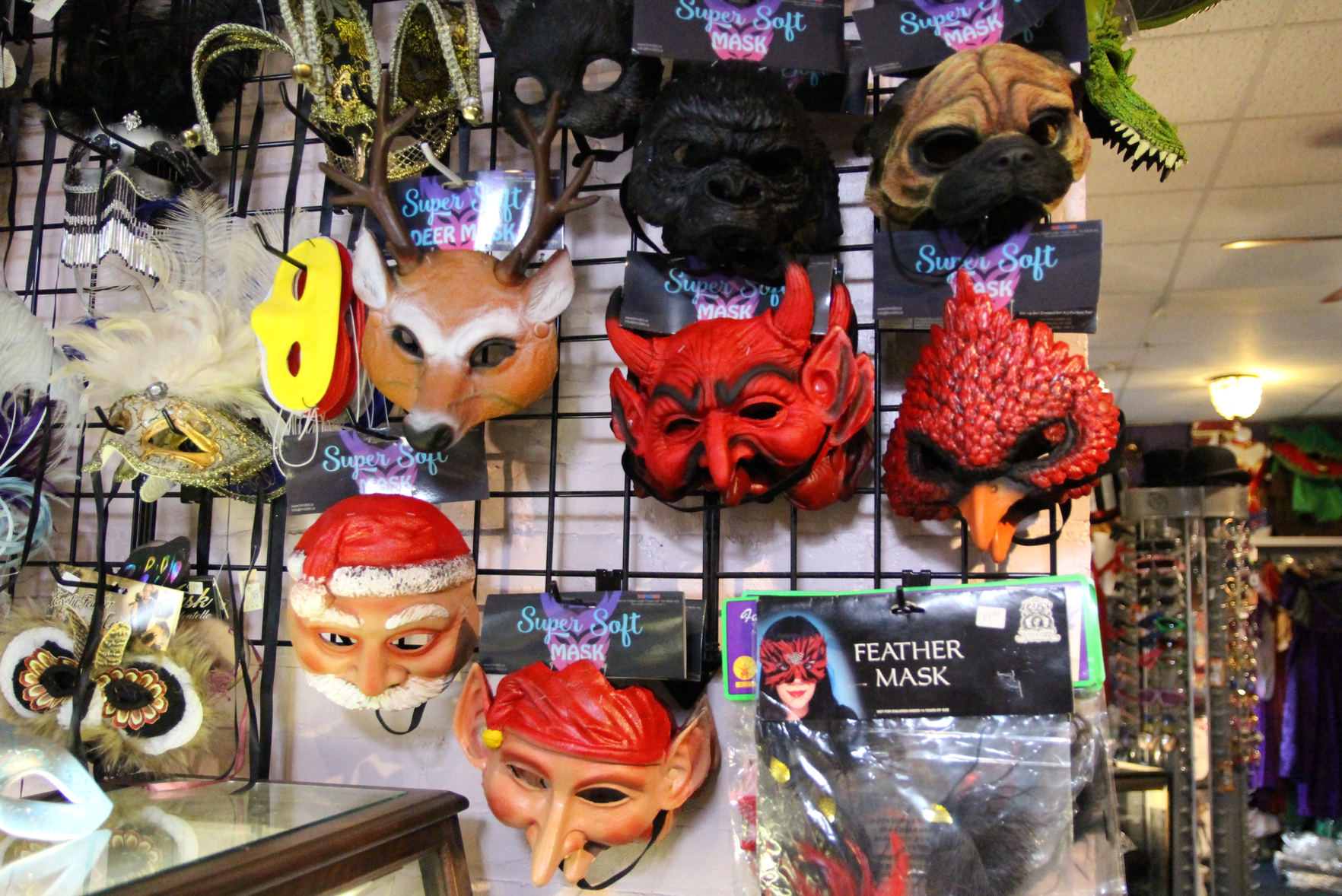