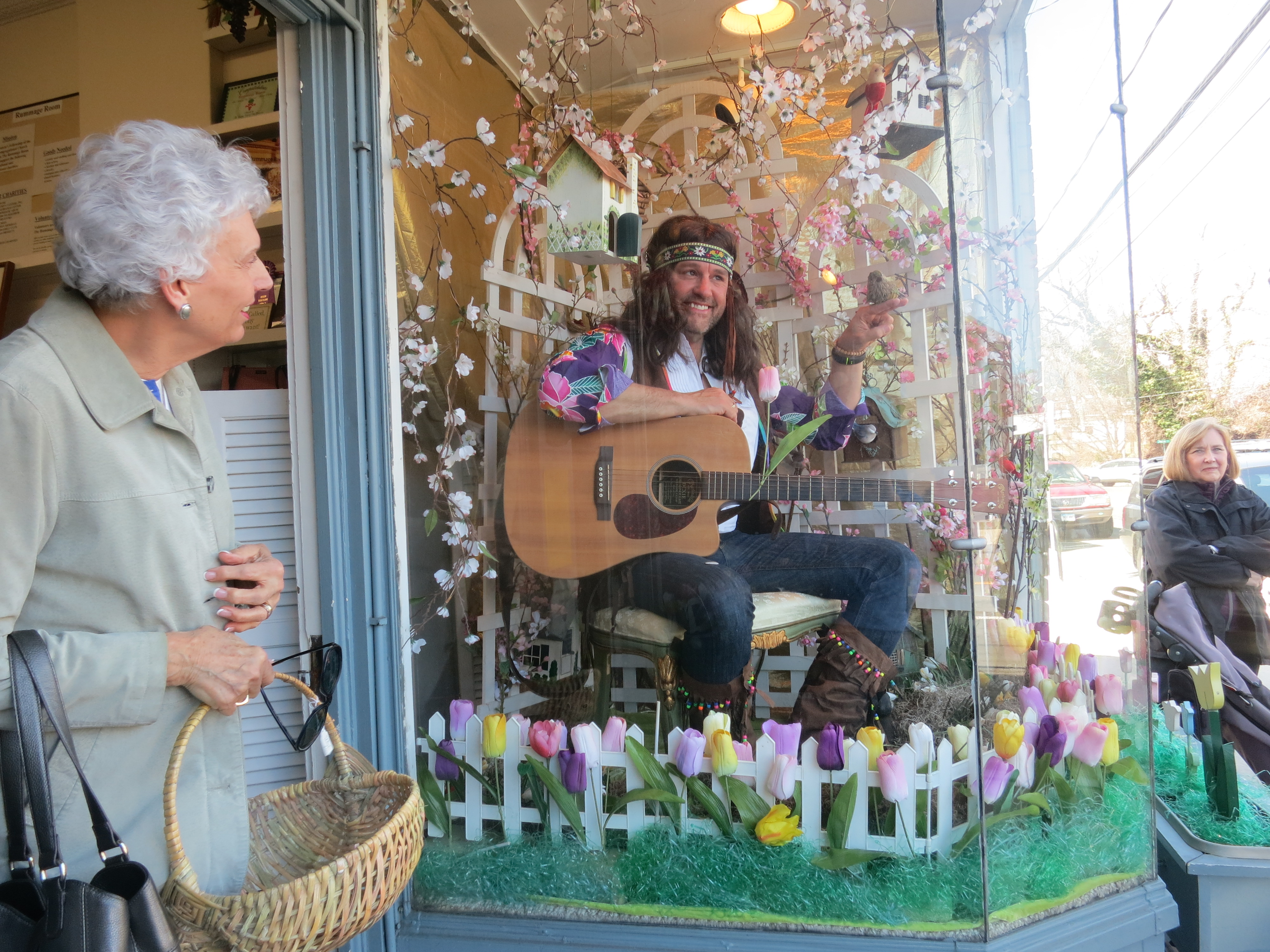 1.) It’s always gratifying when a simple, happy story gets a lot of clicks on Greenwich Free Press. April Fool’s Day Draws a Crowd to Rummage Room was a hit and readers shared the story on social media after the Pastors at First Congregational Church of Greenwich and Rummage Room volunteers took up residence in the store windows on Tuesday. 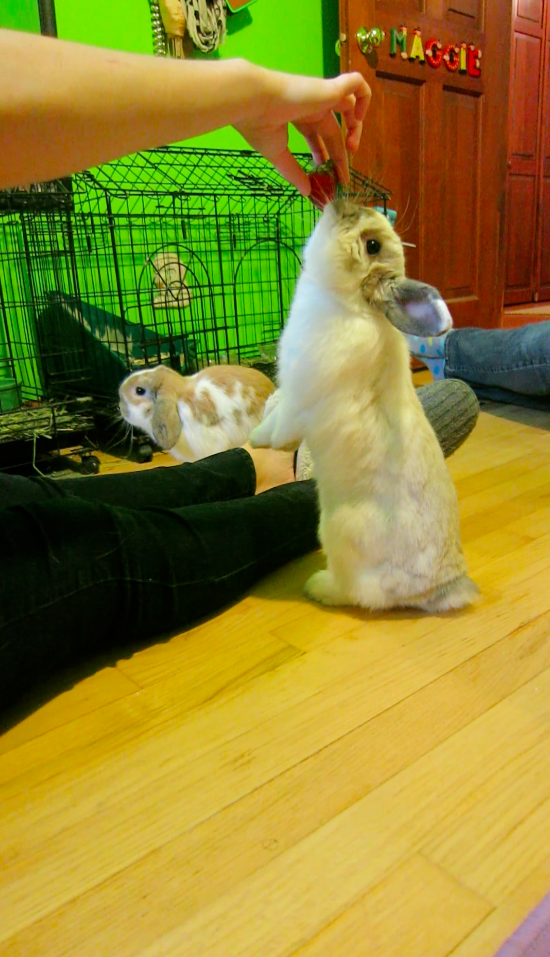 2.) Easter is around the corner. Every year, thousands of bunnies and chicks are purchased as Easter gifts.

After the holiday many are released into back yards by people who assume they’ll survive.

But unlike wild rabbits, domestic pet rabbits cannot fend for themselves. Similarly, chickens, need care and more than once Greenwich Animal Control has received calls about stray chickens.

If you’re thinking about a pet chicken or rabbit, From Hen House to Farm House, Oh, Ricky You’re So Fine! is the tale of Ricky who is the pet chicken of local farmers Kathy and John Augustin who run Augustine’s Farm at 1332 King Street.

Ricky lives in the house and even rides shotgun on trips to the grocery store.

Over in Cos Cob the Sperduti-Matesevac family are huge fans of pet rabbits and warn that the commitment can last up to 13 or 14 years. In Thanks, Easter Bunny. Pros and Cons of Pet Rabbits, “Mini Holland Lops” Eddy and Lilly have the run of the house.

In GHS Grads Break Silence on Drugs from Marijuana to Heroin, Pelazza traces the start of his addiction to smoking weed in middle school. 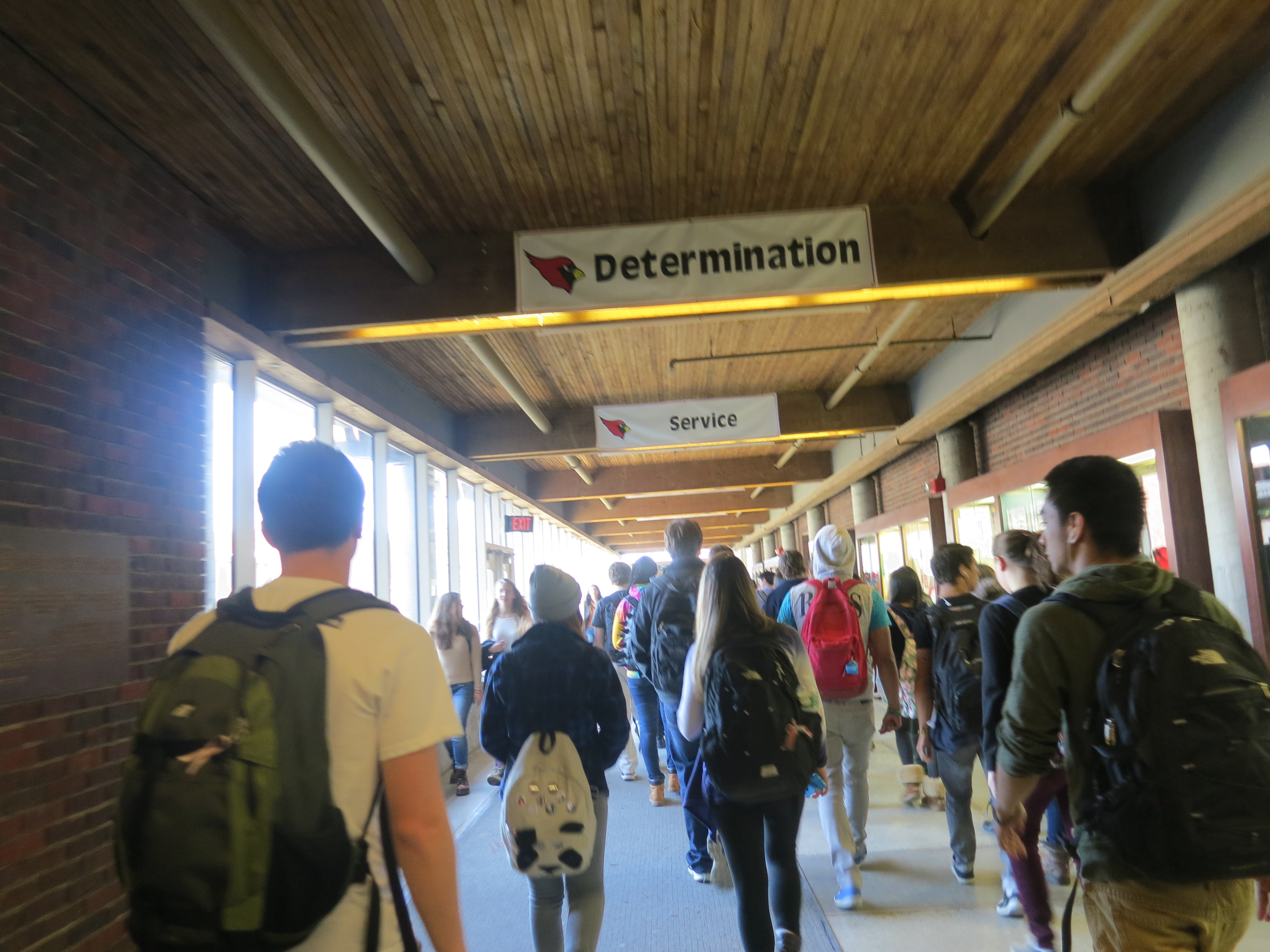 4.) All comments on the story were expressions of support for Pelazza, including this extended comment by reader, “Will,” who emphasized that jail is not the solution for addiction, and that there is not enough for teens to do on weekends in Greenwich. 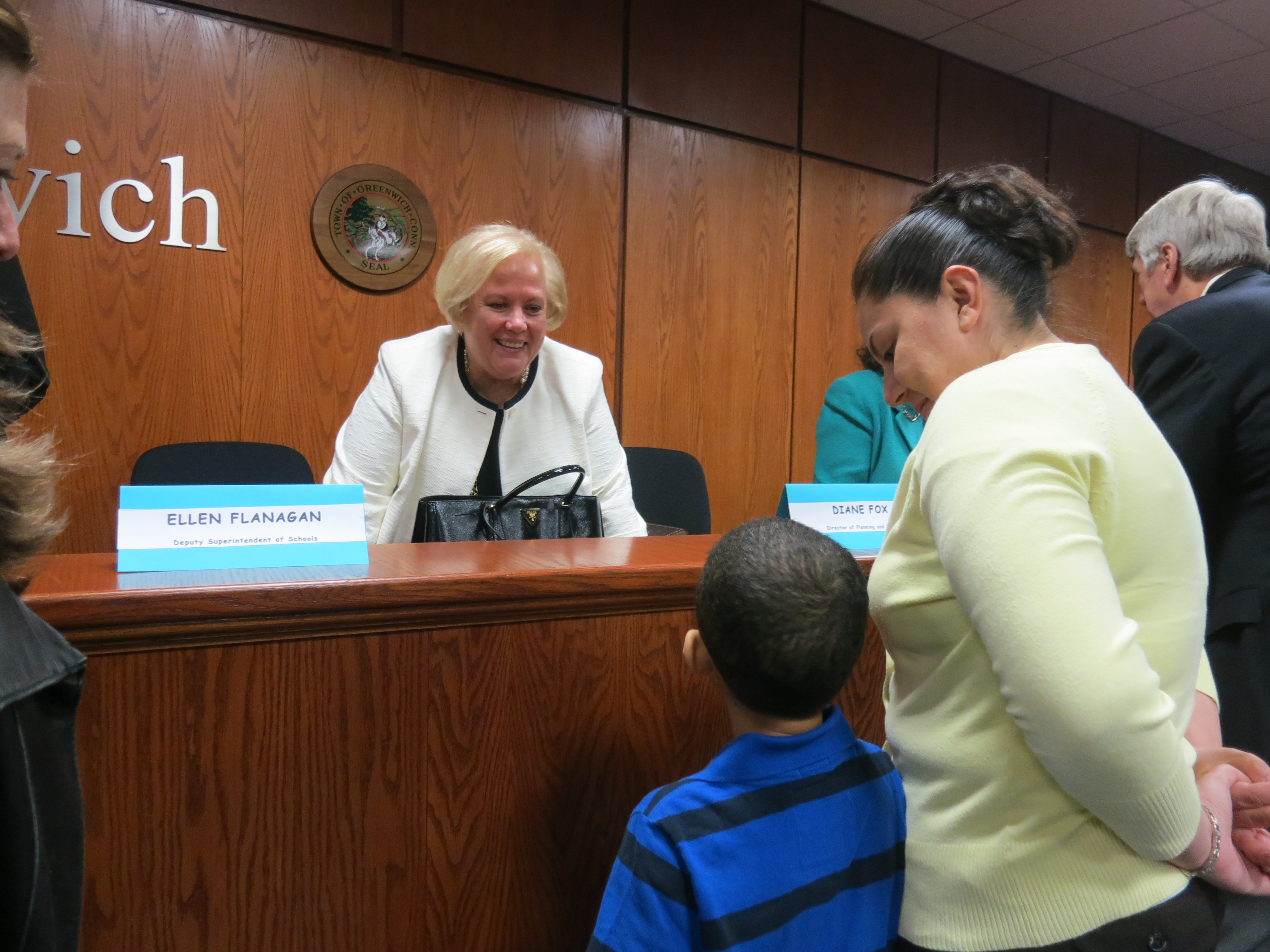 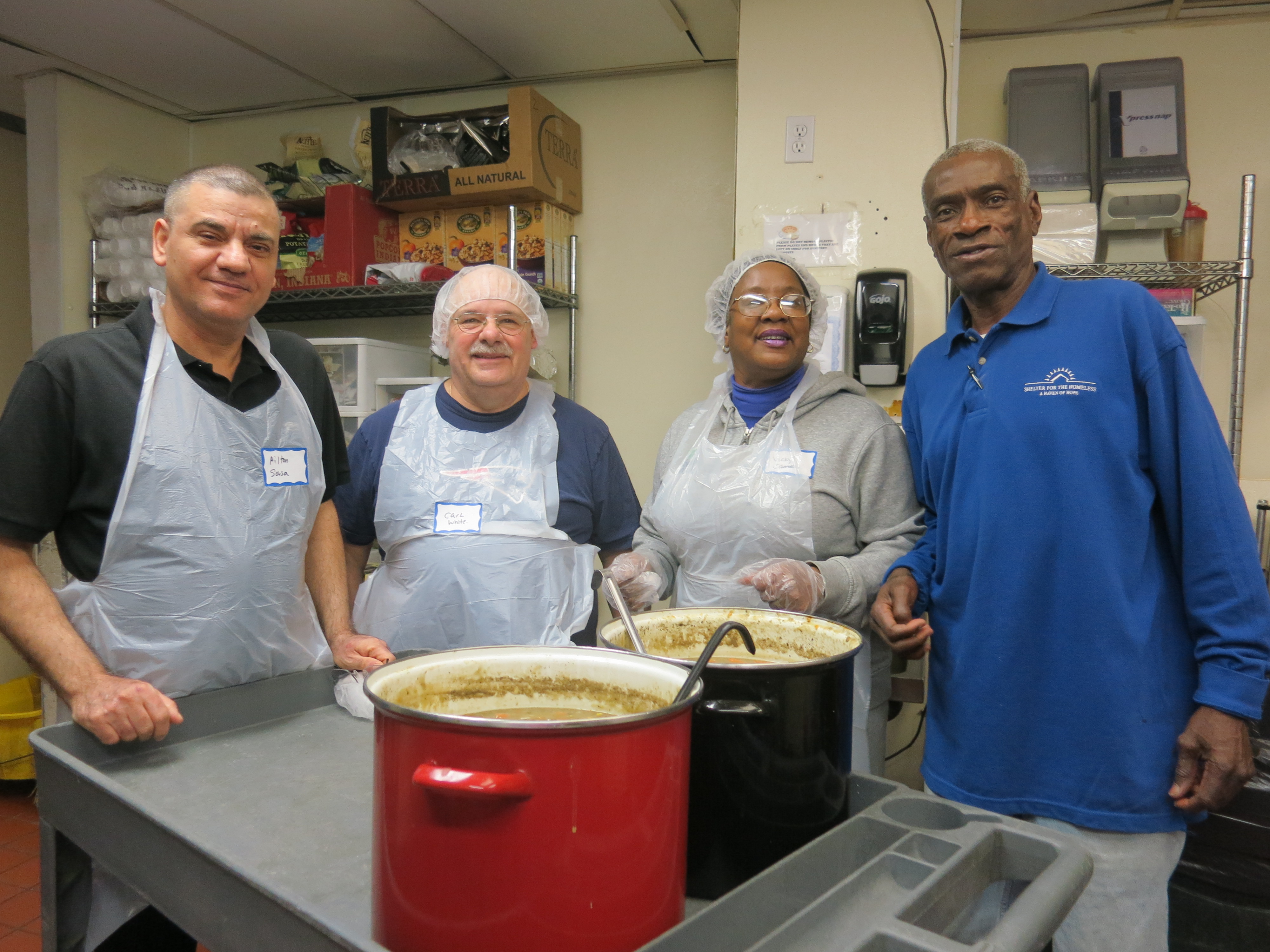 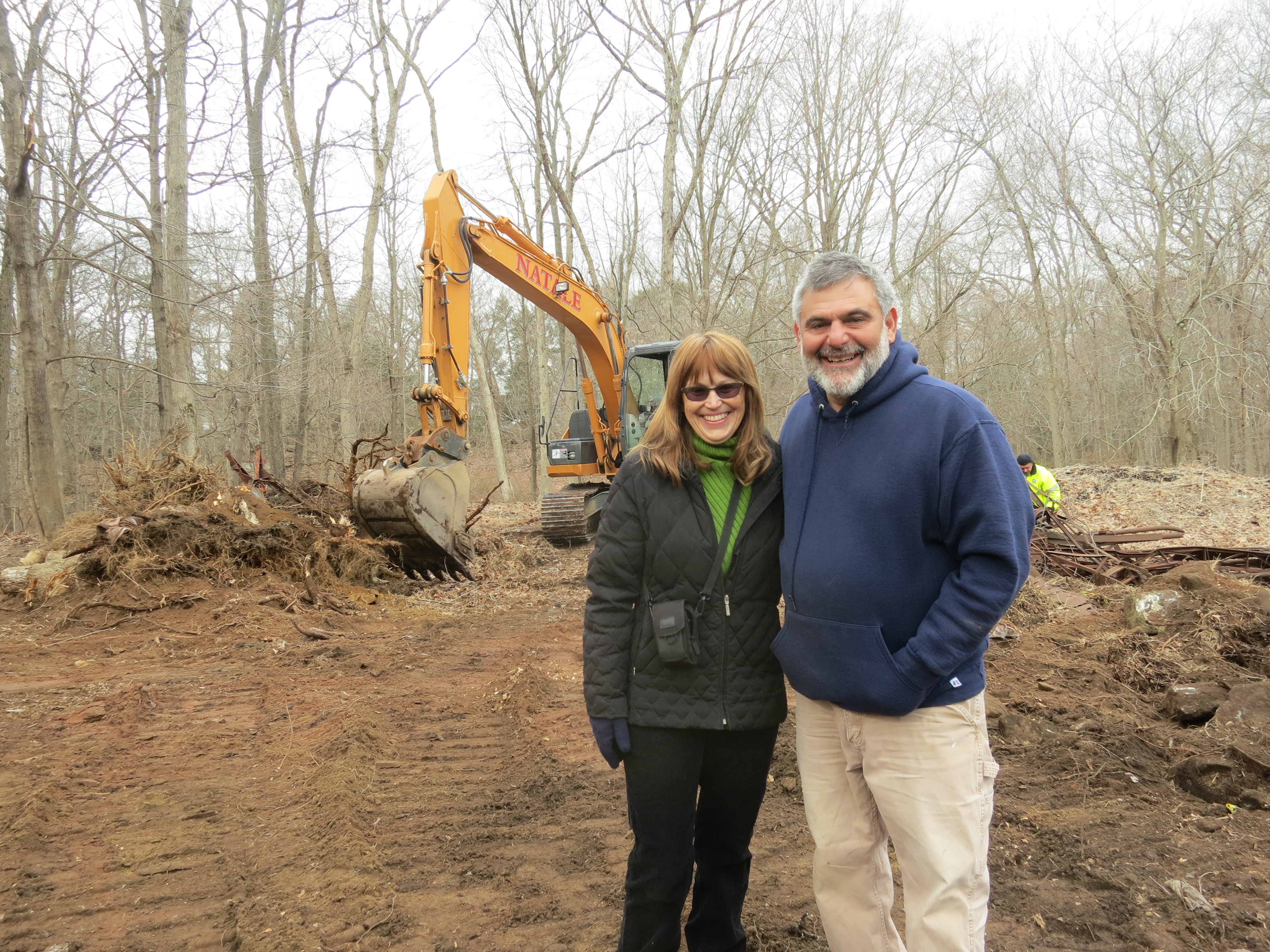 8.) In Groundbreaking at Bible Street Community Garden Traces History, Patti Sechi and Bob Natale share some of the history of the chunk of the Pomerance Property where the community gardens are planned for Cos Cob. The site was used by the Town for decades as a spot to dump leaves each fall. The result is rich, dark soil, ideal for gardening.

Check back with GFP on Sunday for a feature on North Street School’s annual “On Stage” production. Produced, directed and choreographed by Anne Beaty.

On Monday, look for a profile of Sydney Ellmore who shares the story of his 30 some years as an addict, much of it on the streets of Stamford, before succeeding in recovery and becoming employed by Pacific House in Stamford.