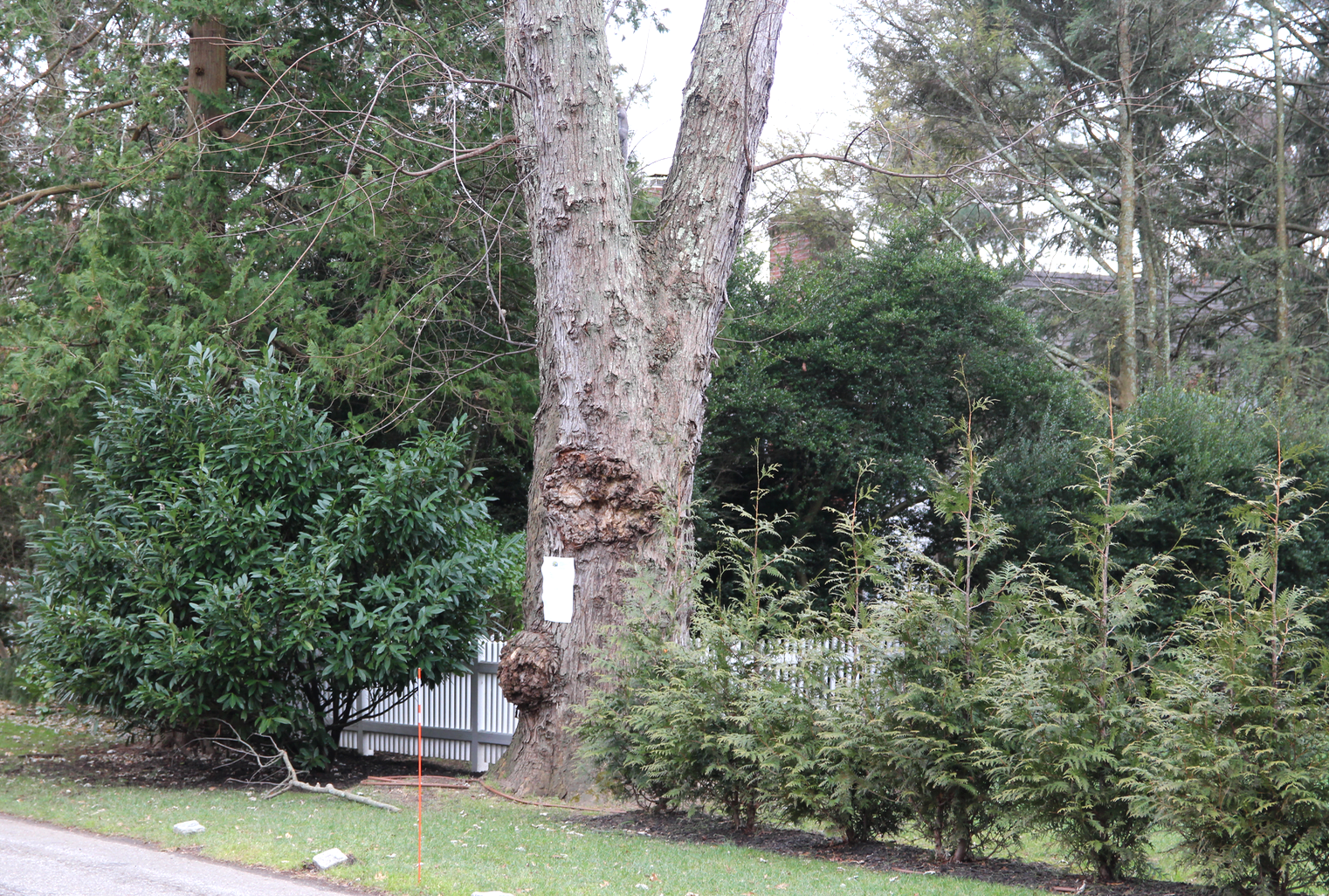 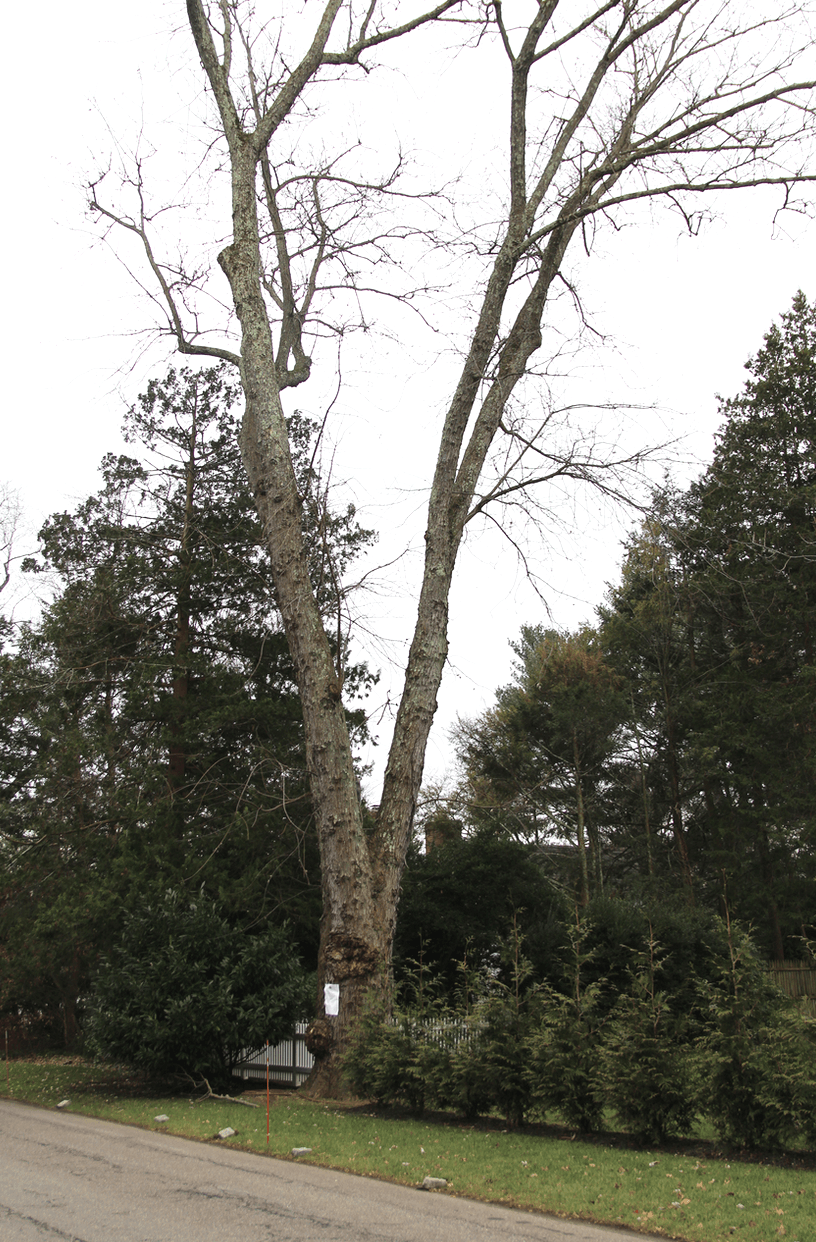 As required by Chapter 451, section23-59 of the Connecticut General Statutes, a public hearing was called because of numerous appeals objecting to the removal of these trees were received within ten days of their posting.

There are two Silver Maples at address 22 Knoll Street and Riverside Court.

The first tree is a 35″ DBH (Diameter at Breast Height) Silver Maple located on the corner of Spring Street and Knoll Street.

This tree has codominant stems of approximately 20″-22.”

There is evidence of a small wound and decay that has compartmentalized. At the main crotch of the tree has included bark indicating a weak union.

The location of this tree is a concern due to the many children that are traveling to school. 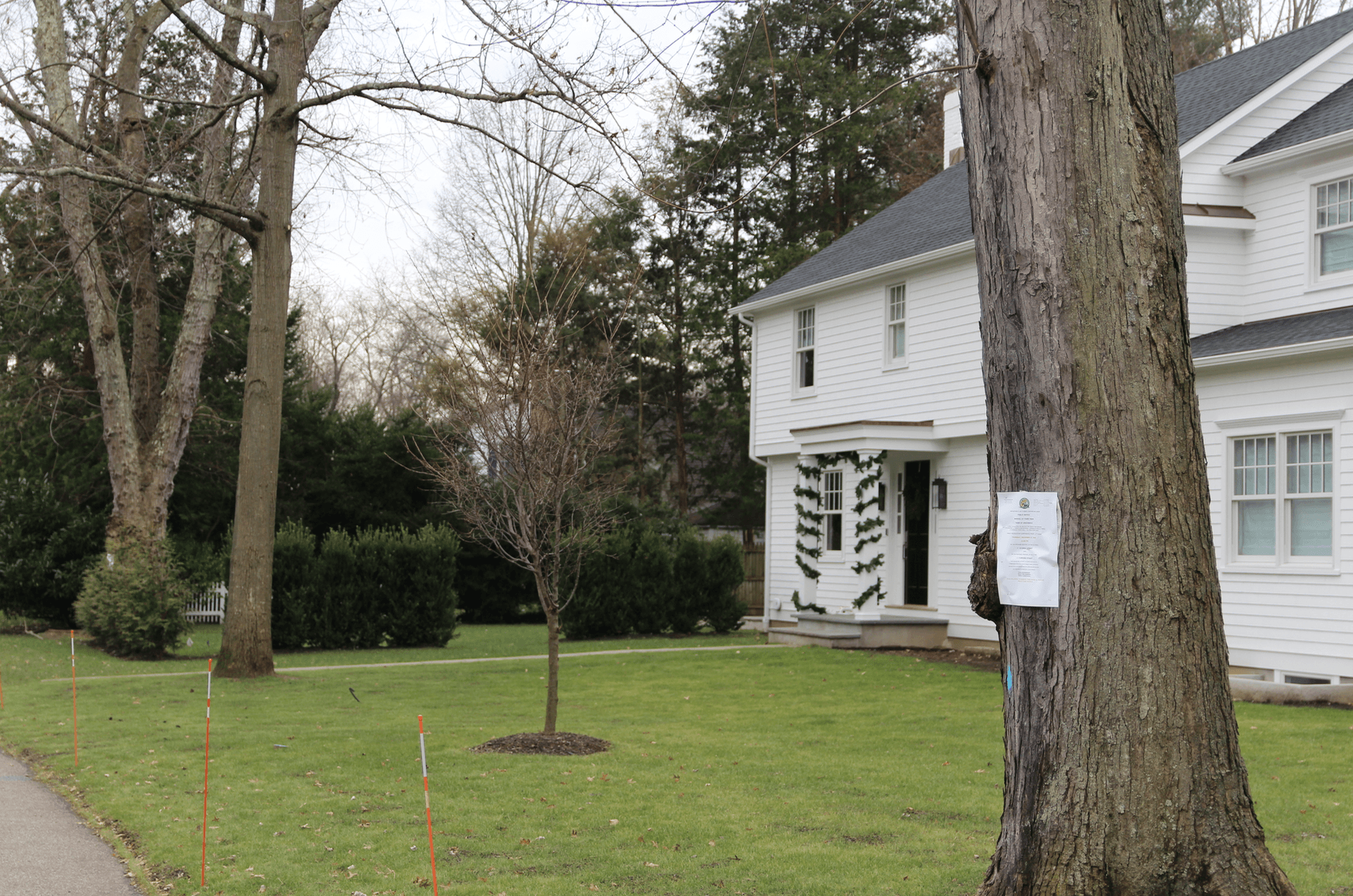 The second tree is located at the south eastern corner of 22 Knoll Street. This tree a multi leader 46″ DBH Silver Maple that has three approximately 20″ stems. There is evidence of old storm damage on the trunk, and decay in different areas of the stems, in particular, a 12″ cavity with decay on the main trunk.  The Deputy Tree warden said he also noticed a trampoline in the yard that would be a possible target if the tree or leader should fail.

“As Deputy Tree Warden and acting Tree Warden for the Town of Greenwich, my decision is to the ALLOW THE REMOVAL of the three posted Silver Maple Trees,” deputy tree warden Steve Godpodinoff said in a statement released on Monday Dec 17, 2018

This is the final decision of the Tree Warden of the Town of Greenwich. Let it be known that Chapter 451, Section 23-59 of the Connecticut General Statutes states ” … the Tree Warden shall render his decision granting or denying the application and the party aggrieved by such decision may, within ten days, appeal therefrom to the superior court or the judicial district within which such town or borough is located.”

It will also be sent to persons present at the Public Hearing and to those who appealed the posting of these trees for removal. 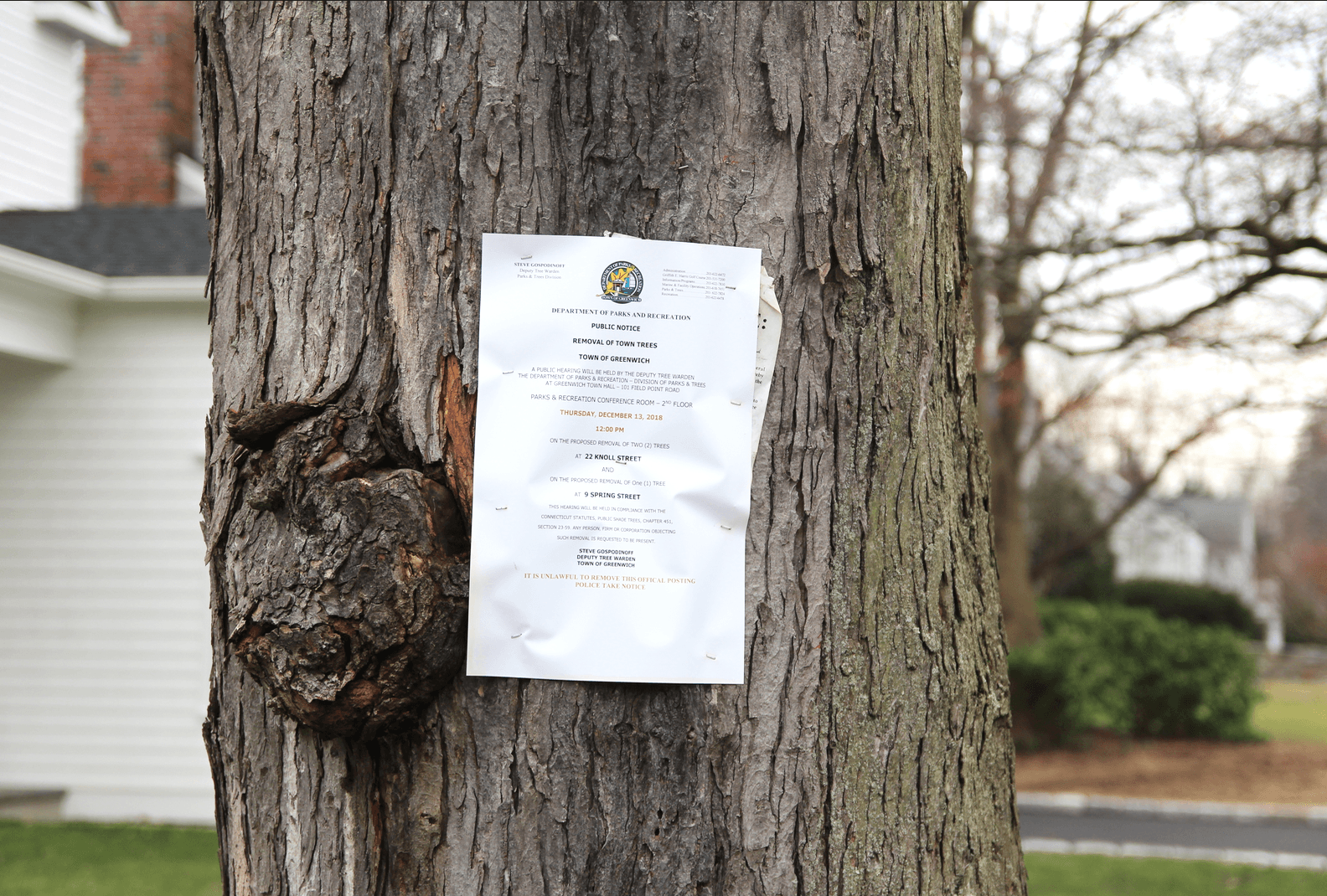