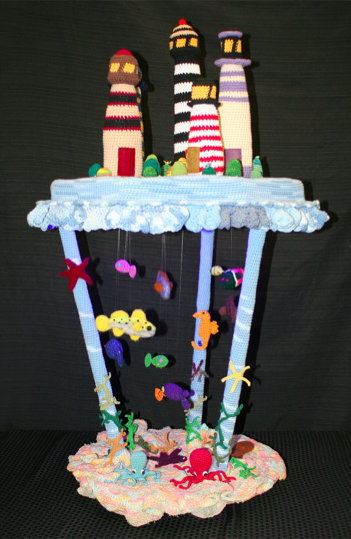 A clever crocheted lighthouse made by a Greenwich woman is vying for the $1,500 grand prize in The Maritime Aquarium at Norwalk’s 13th annual “Festival of Lighthouses Contest,” opening Nov. 22.

“Lighthouse Island” by Margaret Phillips of Cos Cob is among the 24 creative handmade entries in the holiday display, which will be open daily through Jan. 19 in the popular Connecticut family attraction.

The lighthouse contest works like a juried art show except that you and thousands of other Maritime Aquarium visitors are the jury. Visitors can follow the homemade beacons through the galleries and cast a vote for their favorite. The lighthouse that gets the most votes wins $1,500. There are cash awards for five runners-up too.

The 24 lighthouses were built by local artists looking for a challenge, by families who wanted to work together on a fun project, and by students fulfilling a school assignment. Last year some of the creative entries included this this snack cake lighthouse! 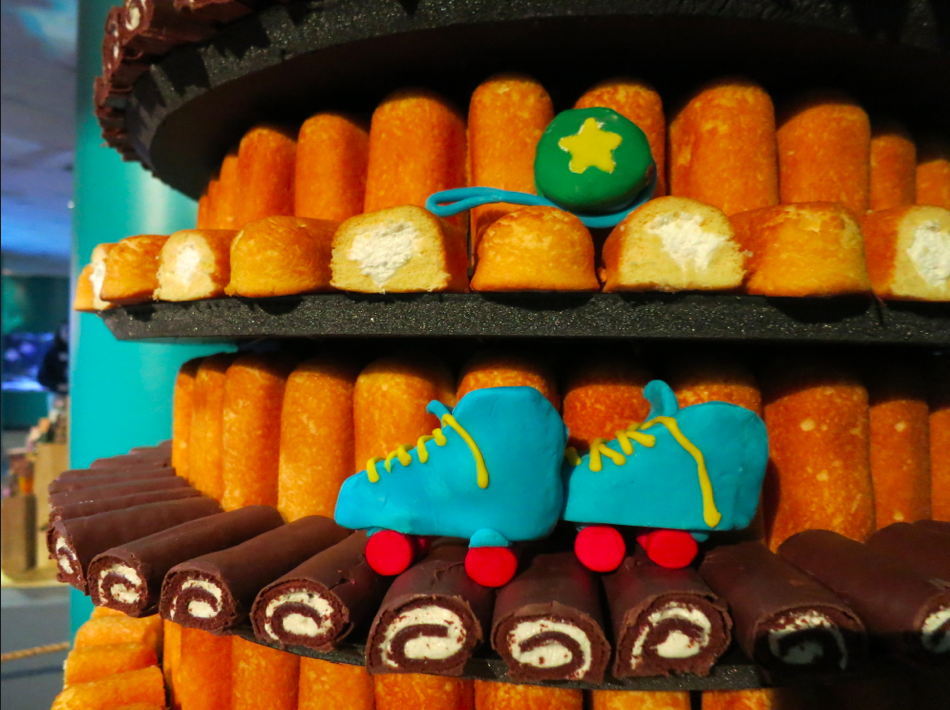 Seeing the lighthouses – and casting your vote – is free with Aquarium admission.

Phillips’ entry captures a scene that rises from the ocean floor up to an island with five lighthouses. It’s unique because everything in it is crocheted: the octopus, flounder and sea stars on the sea floor; the colorful variety of fish hanging in the mid-water level; and the water, sandy island, trees and lighthouses on top.

“Each year we are amazed by the time and effort that our contestants put into their lighthouses,” said Judith Bacal, the Aquarium’s exhibits director. “The bar gets raised every year on design and craftsmanship. In turn, having all these smart and creative pieces of art on display only makes the experience of visiting The Maritime Aquarium during the holiday season even more engaging, enjoyable and memorable.” 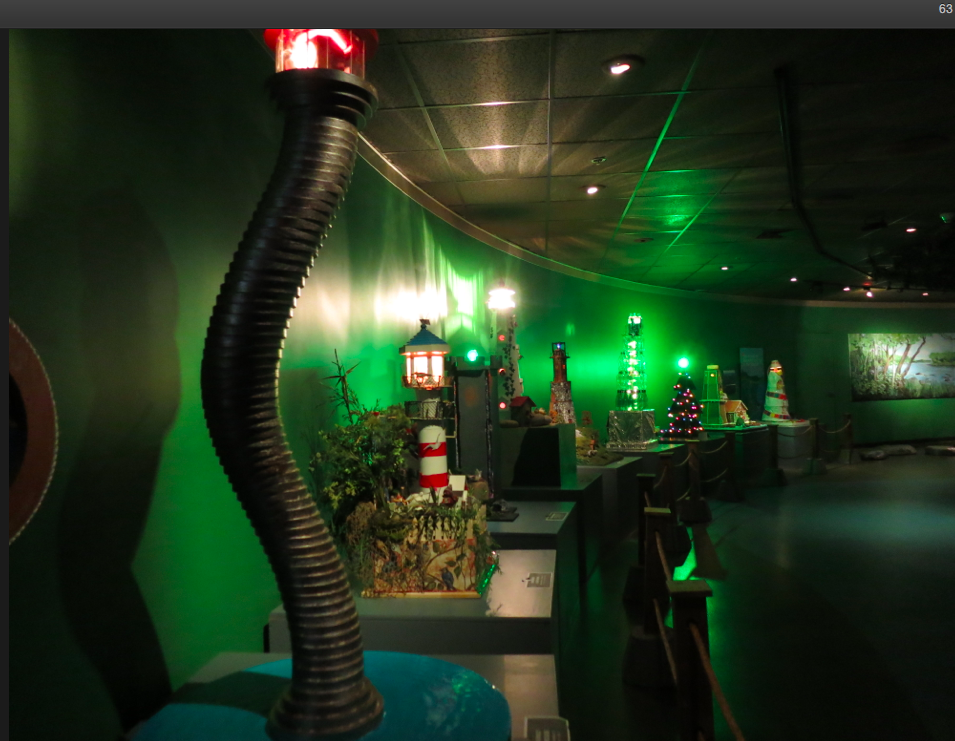 Rules of the “Festival of Lighthouses Contest” are kept to a minimum to allow for maximum creativity. Lighthouses must be 3 to 6 feet tall and have a working light, and may not include animal remains, such as shells. Beyond that, it’s up to the creators’ imaginations. Some lighthouses are modeled after actual lighthouses; others are wildly whimsical.

Lighthouses in the 2014 contest are made out of everything from wood, paper and stone to frosting, gingerbread, crocheted yarn, gumballs and homemade candies. Some are modeled after real lighthouses, such as the Penfield Reef Lighthouse in Fairfield. Others are wildly imaginative, with dragons, zombies and the cast of Disney’s “Frozen” all represented. (But thankfully all not on the same lighthouse.)

“Because each visitor gets a lighthouse ballot, the contest adds another element of family fun to an Aquarium visit, as kids and parents debate and compare their votes,” said Chris Loynd, the Aquarium’s marketing director. “Their opinions usually are quite different.”