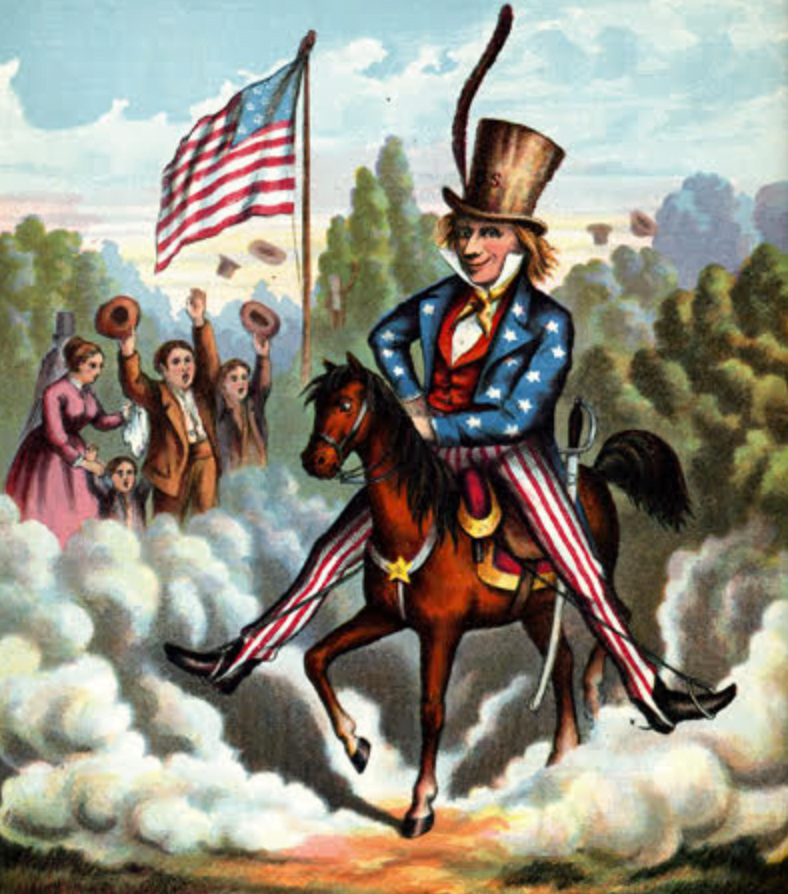 The state anthem of state of Connecticut is Yankee Doodle. And it was all the fault of Greenwich resident, Jabez Fitch’s uncle in Norwalk: Col. Thomas Fitch and his militiamen.

Thanks to a rag-tag group of Norwalk militia in the French and Indian War, Yankee Doodle came into the world. The story goes that Col. Thomas Fitch, son of the Governor Thomas Fitch of Connecticut, assembled at Fitch’s Yard in Norwalk before departing to rendezvous with British regulars in upstate New York.

The women of Norwalk came out to bid them farewell; and when they did, they were so distraught by the state of the mens’ clothes and lack of proper uniforms that they quickly improvised and placed chicken feathers in their hats.

The contingent of militia departed, and once Col. Fitch and his men arrived at Fort Crailo, New York the British regulars began to mock the Norwalk mens’ appearance. It was Dr. Richard Shuckburgh, a British army surgeon stationed at the fort, who took notice of the mockery and penned the words, “stuck a feather in his hat and called it macaroni” to the tune of Lucy Locket. The word macaroni at this time was London slang for “fashionable” or “high style,” or the word  to describe any foppish dandy.

What began as a song to mock American colonial militia helping to fight alongside British regulars in defense of the Colonies – was taken up by the Americans as a badge of pride and honor in the Revolution. It was played so often and in so many places that it is said the Red Coats become wholeheartedly sick and tired of this tune by 1783.

Thanks to a bunch of rag-tag, poorly dressed Norwalk militia – and their wives and families last minute attempt to “spruce them up” – we have Yankee Doodle sung across the nation.

Its not just a song, it is an anthem of defiance, resistance and liberty. When you hear Yankee Doodle – think of the day when ordinary citizens volunteered, left their homes, took up arms and marched to distant places in defense of their Colony and the Colonies – and the British mocked them for it.