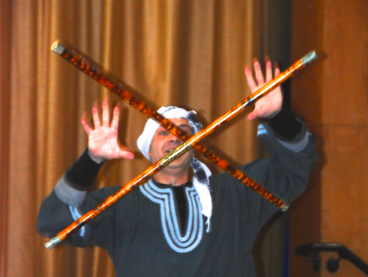 He began his performances by discussing Middle-East geography, and then provided a brief background before bringing audiences into the magical world of Arabic culture. His performance concluded with the Dabka, a dance in which audience members were invited to join in.

The objectives of the visit were to provide an enriching, positive, and educational introduction to Arabic music and culture and emphasize the value of understanding various cultures in a setting detached from study of politics.