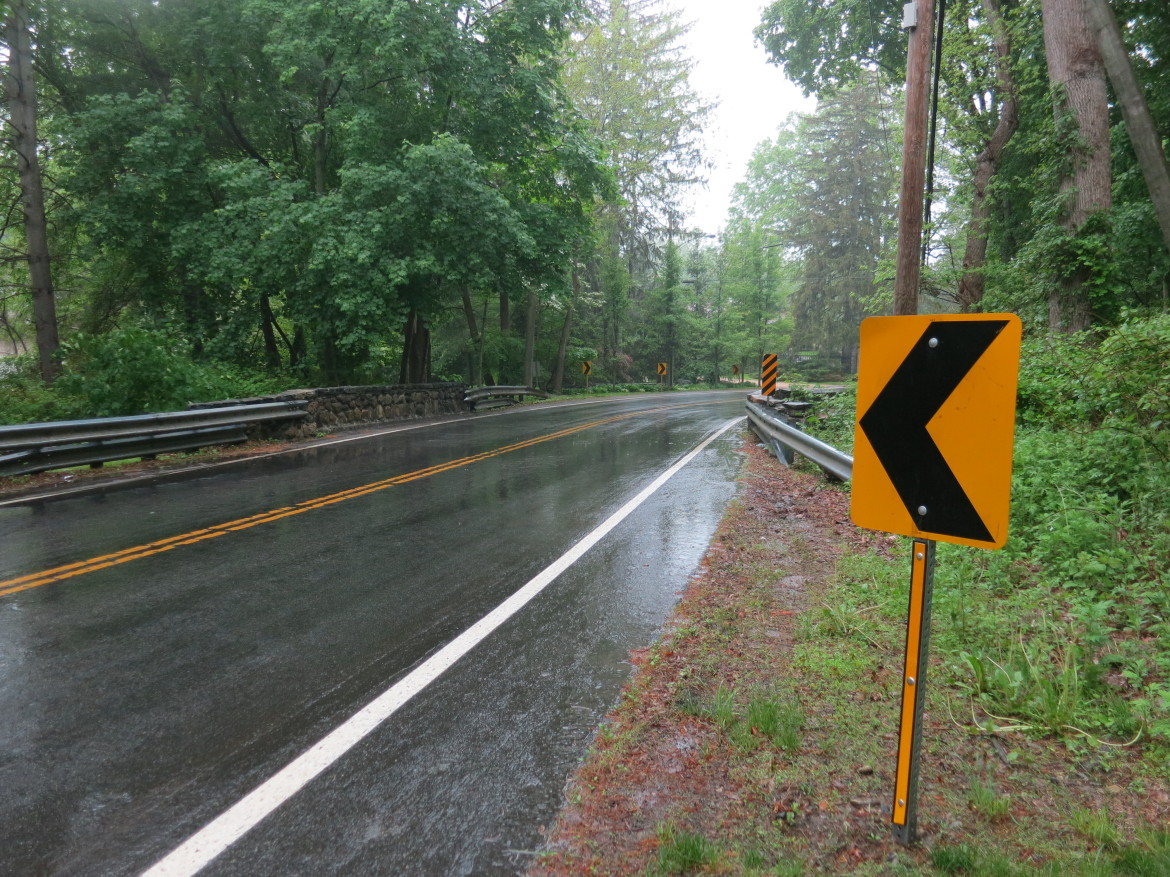 A summer-long detour to accommodate work to the bridge over Horseneck Brook was approved by the Greenwich Board of Selectmen last month and will take effect on Monday, June 23.

The work area is on Lake Ave, just above Wooddale Rd.

The detour will run from June 23 through August 22, though Town engineers said it might take less time.

The approach guide-rail on three of the four approaches will also be replaced.

Approximately 185′ of Lake Ave will be milled and overlayed as part of the project.

The bridge was built in 1928 and rehabilitated in 1987. The bridge is inspected by the Connecticut DOT annually and the bridge’s overall rating is currently “Poor.” Specifically of the six concrete units, five were observed to have a wide range of deficiencies including random patterns of cracking, area of scale, discoloration, spalls and joint leakage.

The road closure dates were specified to minimize the impact on school buses and emergency services. 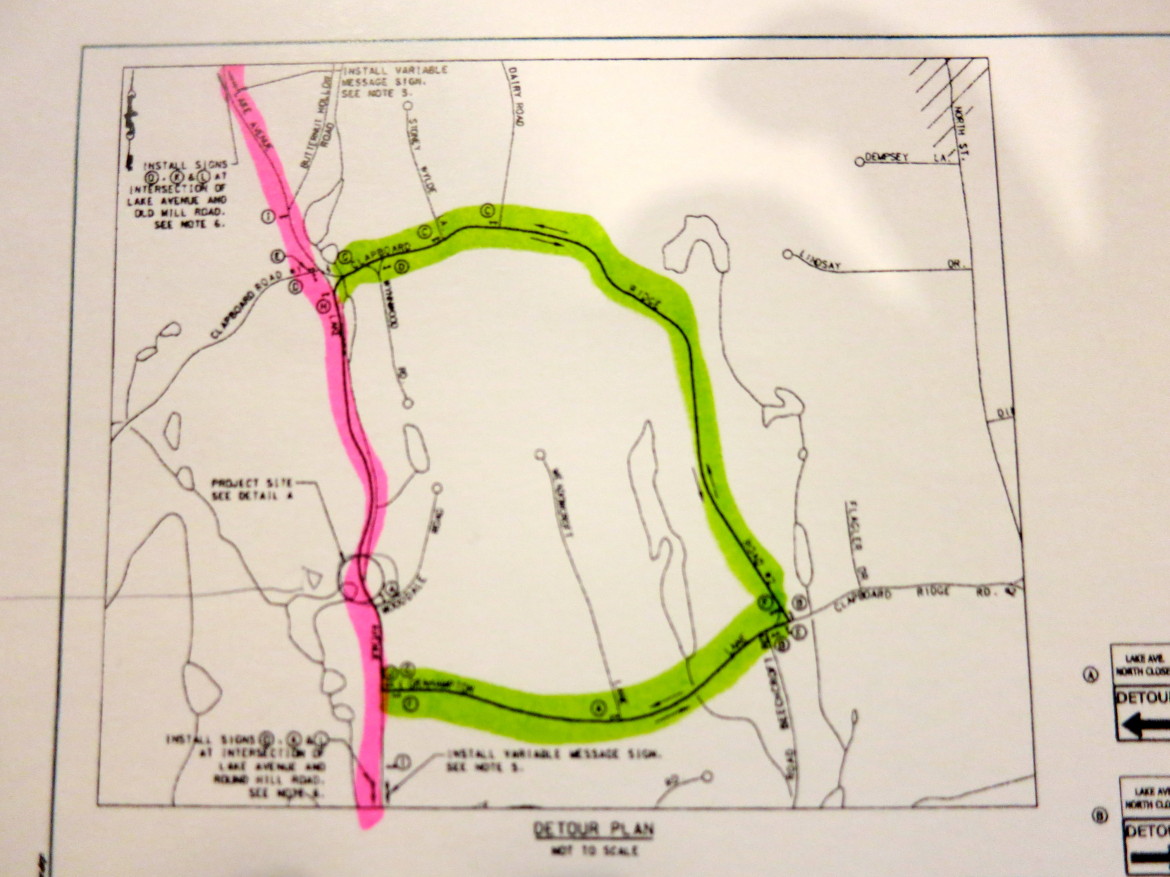