The Greenwich High School Chorus Pops Concert always packs the auditorium. It is the last concert of the year and they sing the most familiar music from all their concerts. This year was special as it marked the end of the existing auditorium, seeing as the new one will be finished this coming fall. 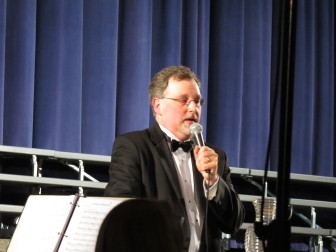 The chorus director, Patrick Taylor, chose not only modern songs like, “Call Me Maybe,” but, also iconic songs such as “Climb Every Mountain” from The Sound of Music.

Jamie Hitel accompanied all the choirs on piano except Chamber Singers, which performed all a cappella pieces. 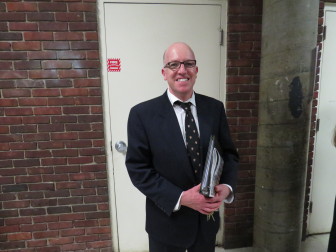 Nearing the end of the concert there was a ceremony for the seniors. All the seniors who participated in the concert went up to the piano after their name was called and placed a rose in the vase or on the piano. After placing each rose, they joined their fellow seniors to get ready to sing, “Something is Holding Me Here,” by Patrick Taylor and Kathleen Quarfordt. 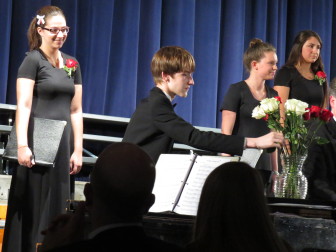 Senior, Chris Forsberg placing his rose in the vase on the piano. credit Jason Trabish

Before the seniors sang their song Patrick Taylor gave a speech. He wished the best for his students and for them to have contentment. “Where I actually feel like the riches and all that doesn’t matter,” he said. “What matters is feeling safe, secure and loved and family and all those moments that are so hard to get in touch with.” 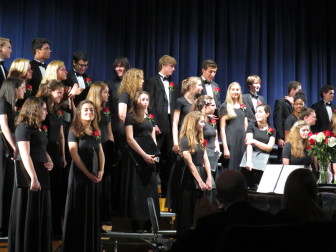 The seniors getting ready to sing their song. credit Jason Trabish

Many of the seniors admitted to crying while listening to the speech and singing their farewell song. 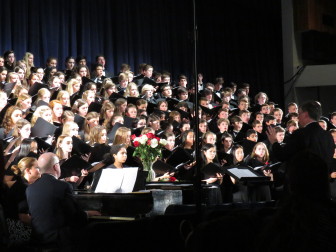 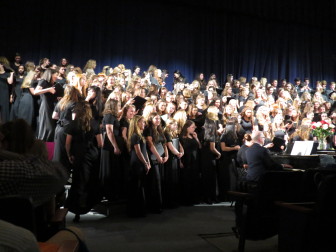 The concert received two standing ovations: one after the seniors song, and another after the members in chorus sang a final song. The applause was a kind goodbye to the chorus for the school year, the seniors and the auditorium. 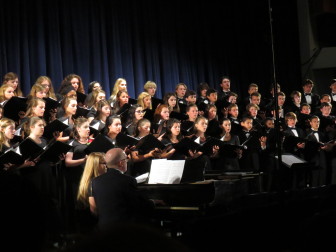 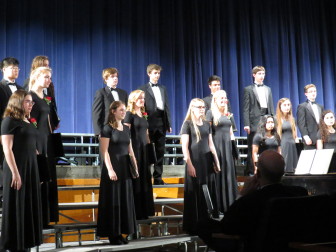 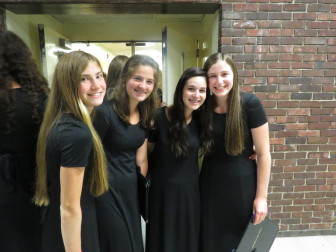