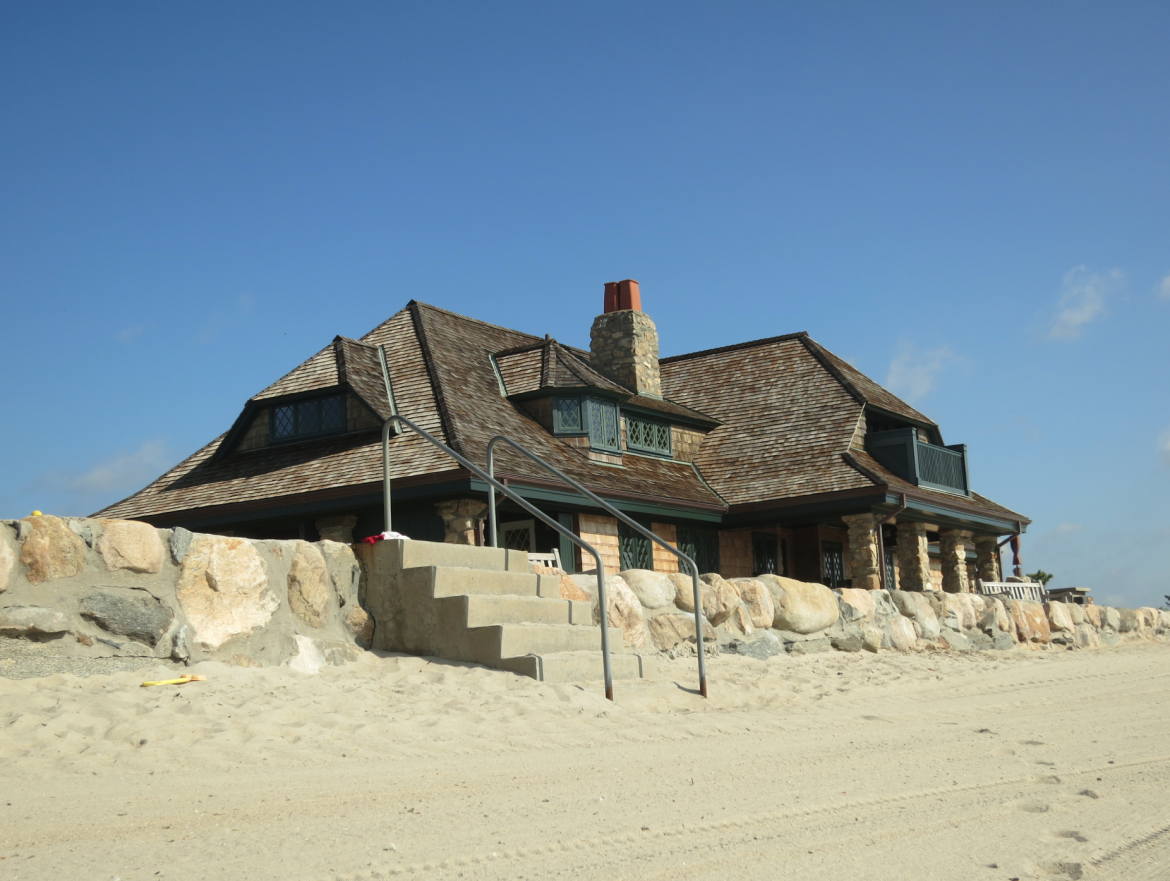 To commemorate the 375th Anniversary of the Founding of Greenwich on July 18, 1640, a ceremony, open to the public, will be held Saturday, July 18th, beginning at 9:00 a.m. at the beautifully restored Town of Greenwich’s Innis Arden Cottage at Greenwich Point.

The event will feature presentations, light refreshments, and music performed by the Greenwich Symphony Orchestra’s New Manhattan Brass Quintet, with Charles Bumcrot and Thomas Verchot on the trumpets, Chris Costanzi on the French horn, Clifford Haynes on the trombone, and Richard Schneider on the tuba.   Immediately after the ceremony, a Founders Day 2015 Bus Tour will depart from Innis Arden Cottage at 10:00 a.m.

The July 18, 2015 Founders Day bus tour, led by resident docents Chris Franco and Sue Baker of the Greenwich Point Conservancy, will trace the history of today’s Old Greenwich beginning at Greenwich Point, named “Elizabeth Neck” after Elizabeth Winthrop Feake, one of the Founders of Greenwich, purchased the land in 1640.  The bus tour will follow the inward path of the 18th century settlement of Old Greenwich and the development of the Great Estates in the 19th century when inns and cottages lined the shores, to J. Kennedy Tod’s “Innis Arden” estate, today’s favorite local beach and park renamed “Greenwich Point” when it was purchased by the Town of Greenwich in the 20th century.  Confirmed reservations are required.

For further information go to: wwwgreenwich375.org

For reservations, go to: [email protected]