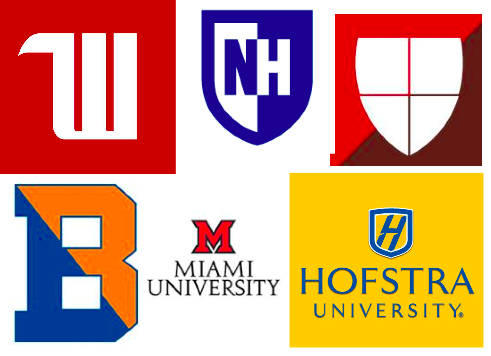 The University of Vermont named three students to the dean’s list for the fall 2014 semeste. To be named to the dean’s list, students must have a grade-point average of 3.0 or better and rank in the top 20 percent of their class in their respective college or school.

Chartered in 1791, UVM was the first college or university in the United States that did not give preference to a religious sect in its charter. UVM now has 9,958 undergraduates in seven schools and colleges, 1,371 graduate students and 459 medical students.

Sara Abbasi was recently recognized for achieving academic distinction at the University of Massachusetts Lowell. Abbasi, majoring in information technology, was named to the dean’s list at UMass Lowell for the Fall 2014 semester. To qualify for the dean’s list a student must have completed no fewer than 12 graded credits for the semester and earned at least a 3.25 grade point average with no grade lower than C and without any incompletes.

UMass Lowell is a national research university with more than 17,000 students.

Joshua Graham Jr. graduated from Bucknell University, which conferred bachelor’s degrees to students who completed their graduation requirements during the fall semester. Degrees were awarded Jan. 8 for studies in liberal arts and professional programs in engineering, education, management, and music.

Joshua graduated with a Bachelor of Arts in Economics . A member of the Languages and Cultures Residental College, he was named to the dean’s list.

Joshua is the son of Pamela Graham and the late Joshua Graham and a graduate of Greenwich H S Folsom.

Located in Lewisburg, Pa., Bucknell is a liberal arts university with 3,600 undergraduates. The school offers majors in arts, engineering, humanities, management, and social and natural sciences, along with broad opportunities outside of class. Graduate programs are available in select disciplines. Students benefit from a small student-faculty ratio of 9:1, personal attention from faculty, leadership opportunities and excellent graduation rates and career outcomes.

Casey Martin of Greenwich Named to the Fall 2014 Dean’s List at the University of New Hampshire. Martin earned High Honors for the fall semester of the 2014-2015 academic year. Students with a 3.65 to 3.84 average are awarded high honors. Highest Honors are awarded to students who earn a semester grade point average of 3.85 or better out of a possible 4.0.

At Wittenberg University, Maria Valencia, class of 2018, maintained at least a 3.5 grade point average during the fall 2014 semester and earned a spot on the Dean’s List. Affiliated with the Evangelical Lutheran Church in America, Wittenberg has repeatedly been ranked by the Princeton Review for the quality of its teaching and faculty.

Louisa Campbell, a senior at Mercer University’s Georgia Baptist College of Nursing, was named to the Dean’s List of or the fall 2014 semester.

Lana Zuaiter, a student at Hofstra University in Hempstead, NY, excelled during the Fall 2014 semester, achieving a GPA of at least 3.5 to earn a spot on the Dean’s List. Hofstra is a nationally ranked private university just 25 miles from New York City.