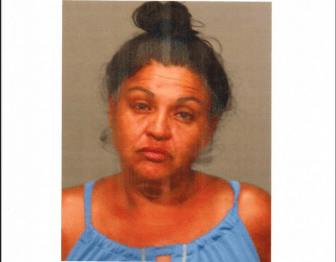 On Wednesday morning investigators from Greenwich Police were at Stamford Superior Court when they were advised that a woman with an arrest warrant from Greenwich would be on a correctional transportation bus.

Police took custody of Maria Hernandez, 47, who was 44 at the time of the original incident on North Water Street in Byram. Back on Oct 30, 2016 Hernandez was arrested by Greenwich Police for violating a protective order. She failed to appear on one or more scheduled court dates.

She was charged with Failure to Appear 1. Her bond was set at $25,000, which she was unable to post.

She was turned over to the Connecticut Judicial Marshals for same day arraignment. Her next date in court is Oct 9, 2019.