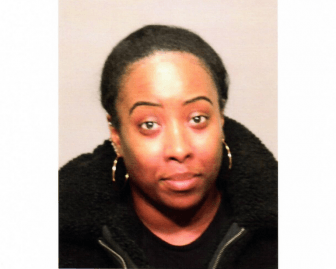 On Thursday afternoon Greenwich Police responded to 256 Greenwich Avenue on a report of a person trying to pass counterfeit money.

That address is associated with Madewell.

Upon arrival officers located the female matching the description exiting the store. She was later identified as Melleisa Alvaranga, 36, of Brooklyn, NY.

Investigation revealed that Alvaranga was in possession of five counterfeit $100 bills. She had also previously attempted to pass counterfeit bills at another establishment.