The Cos Cob Fire Police Patrol (CCFPP) is pleased to announce the leadership for 2017-2018 with the election of its Executive Officers, Board of Directors and Service Officers as voted on at its Annual Meeting. 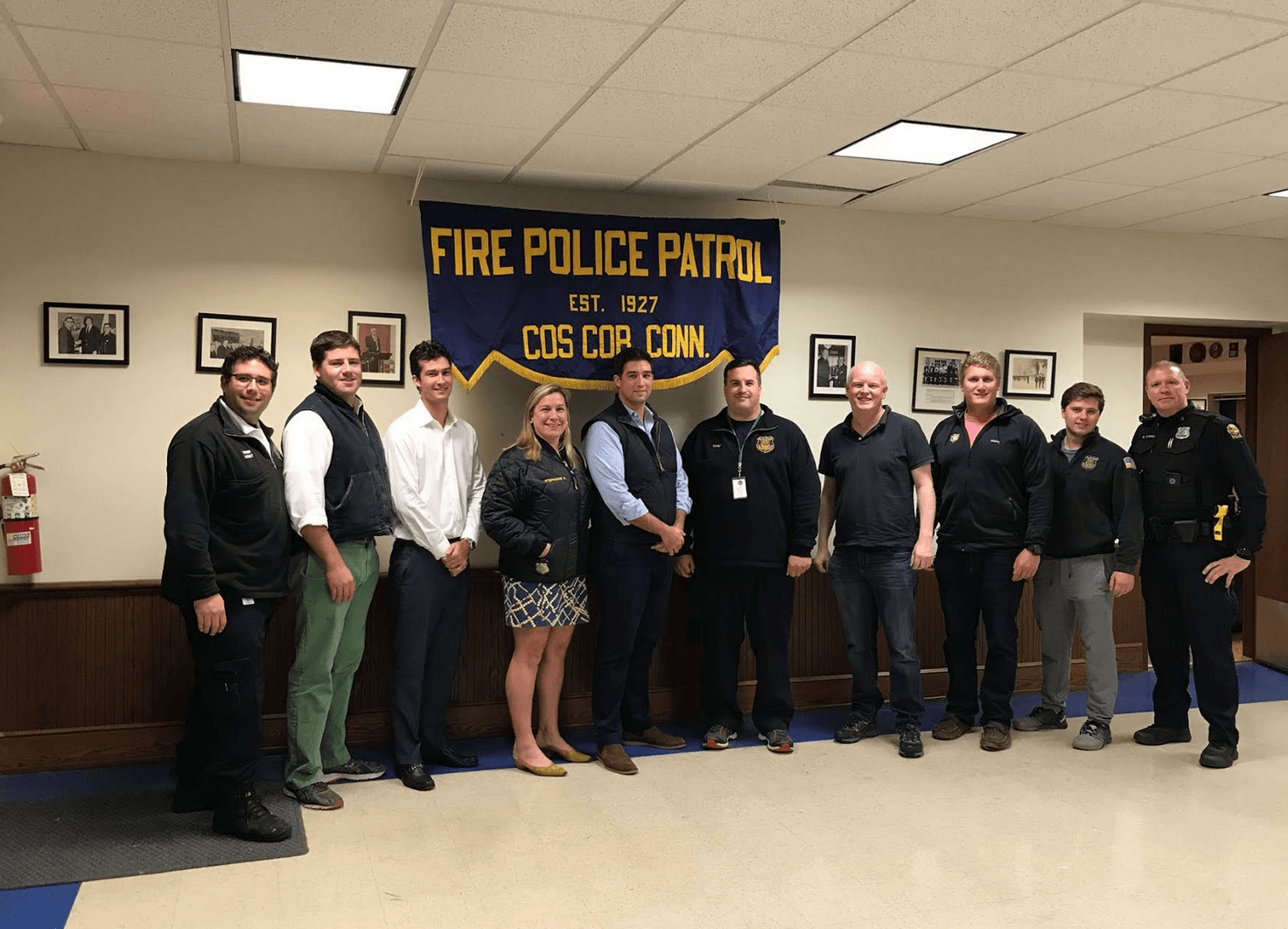 A special thank you to Greenwich Police Officer Brian Tornga for reading the Oath of Office.

Together with the calls, training, standby time, and specials; the CCFPP gave more than 4,868 volunteer hours to the Town of Greenwich and its citizens.

The Cos Cob Fire Police Patrol operates under the structure of the Greenwich Fire Department in the Town of Greenwich.

CCFPP is an all-volunteer, non for profit organization dedicated to protecting the residents of Greenwich since 1927.

The Patrol provides a broad spectrum of services to residents and first responders including firefighting, salvage operations, traffic and scene control at emergencies. The Patrol is under the command of its own Chief.