Greenwich Police announced on Tuesday that a second subject was arrested by warrant stemming from a June 2019 near-fatal overdose in Greenwich.

On June 15, 2019 Greenwich Police Officers were dispatched to a private residence on Josephine Evaristo Avenue on a report of an unresponsive female.

Upon arrival officers located the unconscious patient in a bathtub and began life saving efforts. They identified her vital signs as very weak and determined she was likely suffering from a drug overdose.

They quickly administered two doses of naloxone before seeing a positive response from the patient.

Medics from GEMS arrived on scene, took over care and then transported the patient to the hospital. The female eventually recovered and was released from the hospital.

On Sept 2 Ryan Ramsey of Norwalk was arrested.

He faces the same charges at Ramsey: Assault 2, Sale of Narcotics, and Conspiracy to Commit assault 2.

He was processed by Greenwich officers and turned over for same day arraignment. He was held on $100,000.00 court set appearance bond. 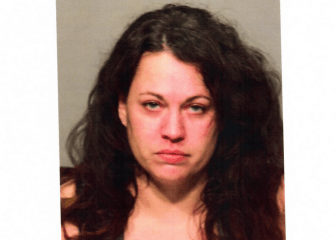 Both James and Ramsey were involved in the sale, delivery, and administration of drugs which resulted in the near fatal overdose of the victim.

Greenwich Police continue to focus special attention on those who sell or distribute illegal drugs within our community.

“We urge individuals, or the families of individuals, suffering from drug addiction to seek help,” Lt John Slusarz said in a release.

Resources for assistance are available at www.thehubct.org.