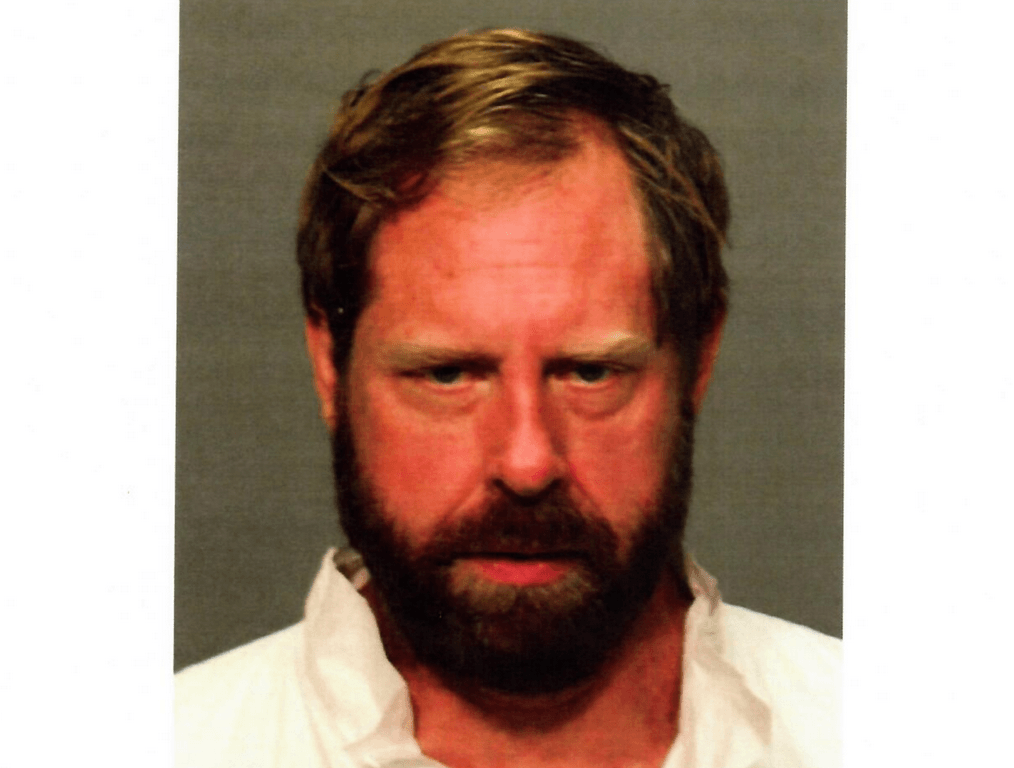 An Old Greenwich man was arrested on Thursday after police responded to Old Greenwich on a report of a subject ramming his car into parked cars in a parking lot on July 31 when  Greenwich Police say they discovered two damaged vehicles.

“It was clear by the damage that one vehicle had intentionally rammed the other,” police said in their arrest report.

The driver, identified the driver as Stein Erik Soelberg, 50, of Shorelands in Old Greenwich.

The owner of the other vehicle had an active order of protection against Soelberg. On Thursday police learned Soelberg was in central Greenwich. They located him and placed him under arrest.

Officers applied for and received a warrant for Soelberg’s arrest. He was charged with Criminal Trespass 1, Criminal Mischief 1, Breach of Peace 2 and Violating a Standing Protective Order.

His bond was set at $100,000, which he was unable to post. Police held him overnight pending arraignment in Stamford Superior Court on Friday, Aug 2, 2019.