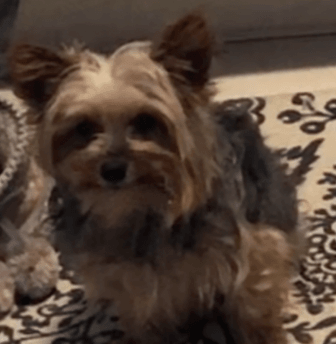 Greenwich Police say a family pet in Greenwich has been lost and the family seeks the community’s help.

Police say the dog, named “Tea,” is an 8-year-old Teacup Yorkie who has lived in Cos Cob his whole life.

Police say “Tea” got away from the car when the homeowner went to the laundry mat, and went for a run.  The owner could not find the dog, but was told by a young couple doing laundry told that a middle-aged couple in a blue BMW picked Tea.

Lt Mark Zuccerella said the couple have not returned the dog.

He asks that anyone finding a Yorkie in Cos Cob or who saw a Yorkie get into a blue BMW in Cos Cob on March 24 at around 6:00pm should contact the Greenwich Police Dept at (203) 622-8004 24hrs and leave a message with the Dispatcher.