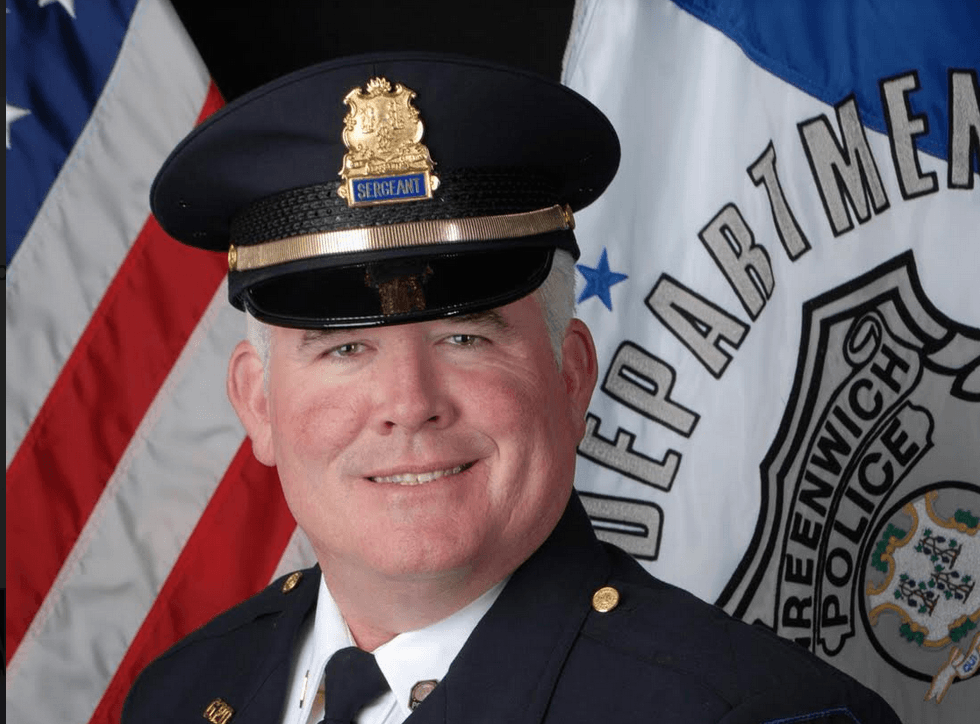 Greenwich Police Sergeant Joseph Ryan is set to retire on Wednesday after serving the Town of Greenwich for the past 33 years.

Sgt. Ryan was hired in 1986 after he graduated from Iona College with a degree in Criminal Justice.

He attended basic training at the Connecticut Police Academy and upon graduation was assigned to the patrol division.

During his career Sgt. Ryan received numerous awards and recognitions including awards for life saving and an Excellent Police Duty Medal.

Sgt. Ryan worked many years as the Midnight Shift Supervisor where he mentored countless officers.

He said that best part of being a police officer was helping people along the way.

Sgt. Ryan plans on remaining a part of the Department as a Special Police Officer where he can continue to pass along his experience and expertise to the next generation of police.