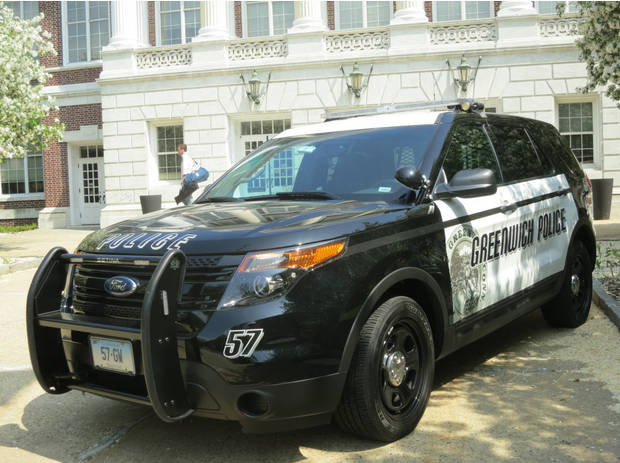 On August 15, 2016 officers from the Greenwich Police Department were dispatched to a private residence on Stonehenge Drive South on the report of an altercation between two males.

Matthew Christopher Ilchert, a convicted felon, came to Greenwich to confront and intimidate the victim. Preliminary investigation revealed that for at least several days ILchert has been arguing with the victim, a local Greenwich resident, with whom he is a close acquaintance.

Upon his arrival at the victim’s residence Ilchert placed a metal Oxygen bottle on the pillar in front of the victim’s house and discharged a pistol at the tank.  Investigators are currently  operating under theory that suspect’s intent was to have the oxygen bottle explode. However, the round did not penetrate the tank nor did the tank explode.  At the time of the discharge of the weapon there were two non-involved persons near the altercation but not injured by the ricocheting round.

After consultation with the CT States Attorney’s Office at GA-1 Stamford , an arrest warrant application completed and subsequently approved by the Honorable Judge Blawie with a court set bond of $150,000.00.  Our investigators continue to coordinate with the New York courts regarding the extradition of Ilchert to face our charges.

“Right now there is no one is seriously injured, nobody actually shot, and we believe to  have the single suspect in custody,” Gray said, adding that the suspect is being detained by the Westchester County Police and will be charged by them under New York Fugitive from Justice Laws.

“However this is an open investigation, with officers still on scene,” he said.

“We are not looking for anyone else, and we believe to have the single suspect in custody and  will continue to investigate all the circumstances surrounding the event,” he said.