This report was written by David Gurliacci and originally published on sister news site Darienite.com 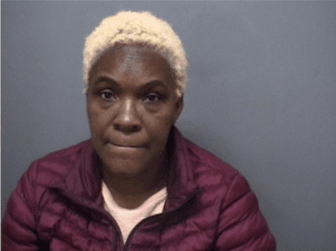 NOTE: This article has been updated to reflect that one arrestee’s charges were dropped in Stamford Superior Court.

A Darien girl fell from a basement stairway and hurt her head late Saturday night during a teenage party with alcohol on Half Mile Road, Darien police said.

Police arrested two people that night: One, a nanny who knew about the party and the alcohol being served at it; the other, an 18-year-old, whose charges were dropped in Stamford Superior Court.

The girl was taken by Darien Emergency Medical Services-Post 53 to Stamford Hospital for further evaluation, police said. Police did not say what her condition was.

Police described what happened with this account, including accusations not proven in court:

At 11:59 pm, Saturday, police were called to 88 Half Mile Road by a “third party” caller who said a girl had fallen down a flight of stairs and was injured.

Although the stairs led to the basement, where the teenage party was taking place, she had been moved just outside the pool house on the property.

When police first arrived at the scene, they spoke to Deborah Hope, 53, of Bridgeport, the nanny at the home. While speaking with her, officers heard “a male voice yelling that everyone should run and that the police had arrived,” the news release said.

When police looked at the stairs where the girl fell, they saw signs that a party with alcohol had taken place in the basement.

They also found a note indicating that the nanny, Hope, knew that the party was taking place and that minors would be drinking alcohol there. Police didn’t describe the note further or state what it said.

Hope, a resident of Jewett Avenue in Bridgeport, was arrested on a charge of providing alcohol to minors and later released on a $5,000 bond. She is scheduled to appear Feb. 26 in state Superior Court in Stamford.

Police made this statement in the news release: