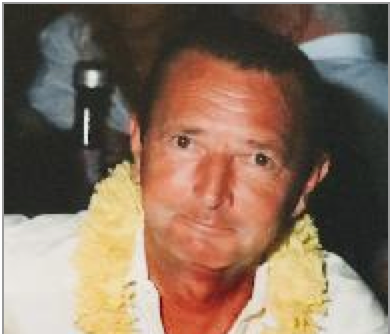 Joseph Francis Tyminski passed away on October 1, 2015 after a long illness. He was 77. He was a native of Greenwich attending Greenwich Schools. He served in the US Army. He then worked for D’Elia Honda for many years as manager of the Parts Dept. Afterwards he went to work for the U.S. Postal Service.

He also leaves behind grandchildren Matthew and Daniel Gazaille, Reef and Rainey Baker and Jenna Tyminski.

He also leaves behind many dear friends, many of whom were such help to him during his illness.

The family especially thanks the wonderful nurses, respiratory therapist and staff at Greenwich Hospital for their superb care. Most importantly the family thanks Stuart McCalley MD for his valiant efforts and nurturing care.

To honor Joe’s life friends may call on Sunday Oct. 4, from 4:00 to 8:00pm at Coxe and Graziano Funeral Home 134 Hamilton Ave Greenwich.

In lieu of flowers memorial donations in Joe’s name may be made to the American Lung Association.