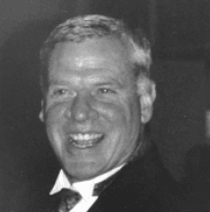 Donald Bruce Haughs passed away at Greenwich Hospital on March 31.

Born on July 7, 1942, Don was a native and lifelong resident of Cos Cob, and was known to many as an avid fisherman and sportsman with a quick wit and a deep sense of loyalty to his family and friends.

He attended Cos Cob School and Greenwich High School (class of 1960), where he was a member of the hockey team that won the regional championship in 1959. At Colby College, Don was a member of Delta Kappa Epsilon fraternity, and graduated with a degree in economics in 1964. He later earned an MBA from Columbia University, followed by a career in the banking industry.

As a father, Don was a kind and brave soul, taking his family of seven on annual pilgrimages to Florida every April and North Carolina every August, to visit the friends and family who were so dear to him. Two parents and five kids in one station wagon for those long drives every year was never a question, and he always made sure it happened. Later, there were trips to Mexico where he would ring in the New Year with his family and the mahi-mahi he had caught on a successful fishing charter.

After retiring, Don’s time was spent with his family at weekly Sunday night dinners, summer trips together to anywhere near the water, and following his many grandchildren in their athletic endeavors in hockey, football, baseball and lacrosse. “Boss” was so proud to have two grandsons play hockey for GHS as he had, two granddaughters also playing at the high school level, and many younger ones who are following in his footsteps. He also shared his love of fishing with his grandchildren and anyone who shared his passion for the sport.

Don was a longtime member of Greenwich Country Club, as well as the Mianus River Boat & Yacht Club, where he could often be found sitting on the deck with Joan, enjoying every minute with his friends and extended family there. He understood the importance of the family we were born into as well as the family we choose, and taught us to build our lives on the strength of our connections to the people we love. For that, we are forever grateful. Thanks for the memories, Boss, and until we meet again, may God hold you in the palm of his hand.

A memorial service for friends and family will held at the Mianus River Boat & Yacht Club in May. In lieu of flowers, the family requests that donations be made in Don’s honor to the Greenwich Athletic Foundation at www.greenwichaf.com