Since starting his Greenwich-based Mobile Auto Body 101 out of the now familiar orange and black truck, John Castellana, Jr has been busy traveling to homes, office parks and businesses to perform body shop services.

The business has been successful, growing in employees and clientele.

“His two biggest complaints are that he can’t keep up with phone calls and emails because he’s so busy doing the work,” said John’s father, also named John Castellana.

Business has been so good that this week John Jr announced the opening of a Mobile 101 brick-and-mortar location just over the line in Stamford at 368 West Ave (close to exit 6).

John Jr, a Greenwich native, said it had always been his dream to have his own body shop, but it wasn’t until an unlucky incident that he was found the ideal location.

“I got a flat coming off the highway,” he recalled. “I pulled up here and asked for help. Then I got talking to one of the guys.”

As his car was being tended to, John Jr had a chance to wander around inside the body shop and have a look at the facility. His imagination soared.

“I had been thinking about expanding Mobile Auto Body 101 and I asked if the owner wanted to sell,” he recalled.

Initially the answer was no, but Castellana persisted.

“I came back a few times and got to know the owner and employees. Then, finally he agreed to sell,” he said.

Castellana says the location is ideally located close to Greenwich.

And while there is a seasonal aspect to the Mobile 101 truck, with the busiest months starting in March, Castellana will operate the new five-bay body shop, spray booth, and frame shop for heavy collisions in all weather. 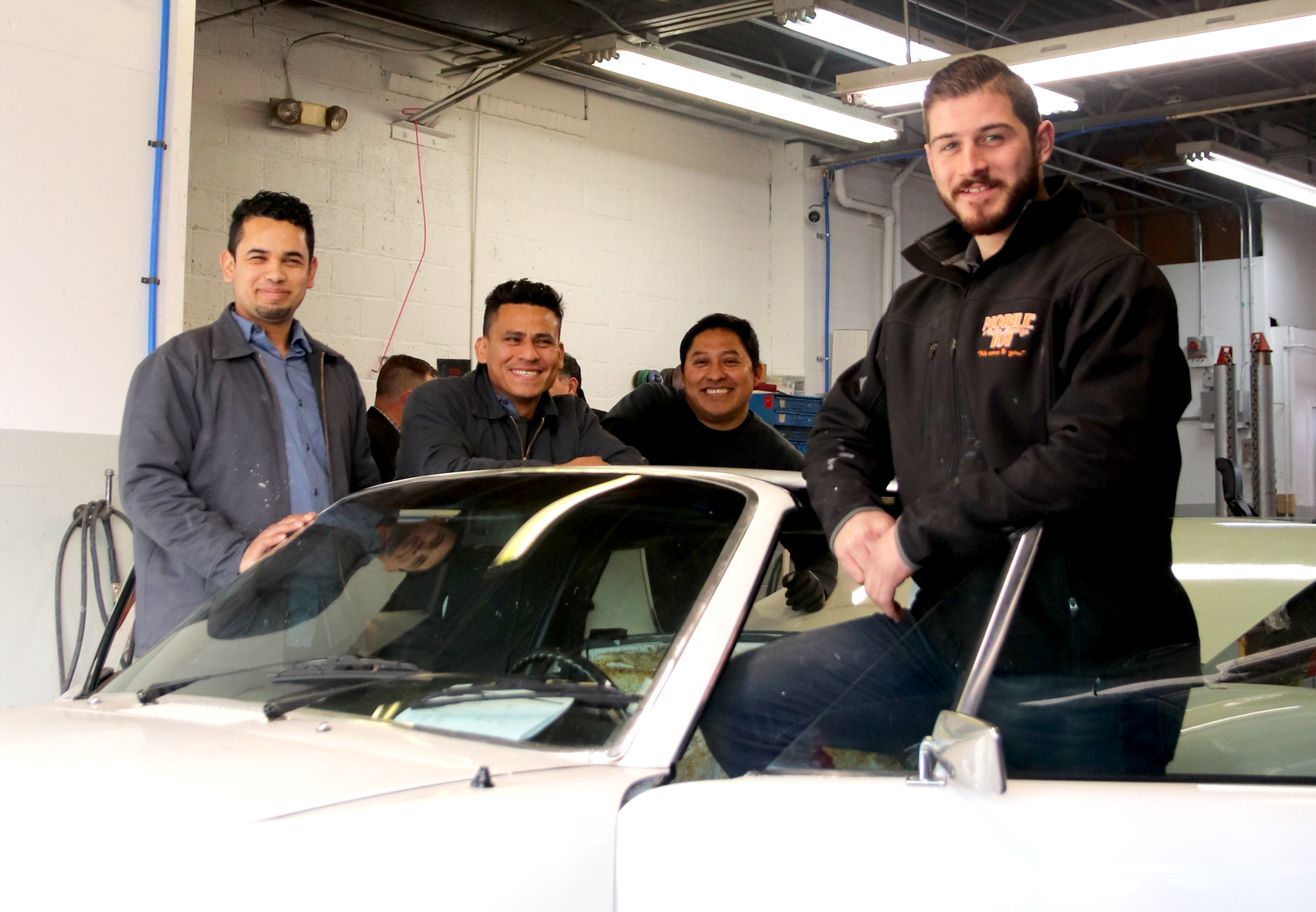 John Castellana Jr and some of his auto technicians at 368 West Ave in Stamford. Jan 21, 2020. Photo: Leslie Yager

The Castellanas said they plan to continue to keep the Mobile 101 truck on the road, bringing the body shop to the customer.

“We’ll do that and run this facility as well,” John Jr said, adding that if a car has heavy damage it can be dropped off at 368 West Ave by a tow truck at any time. 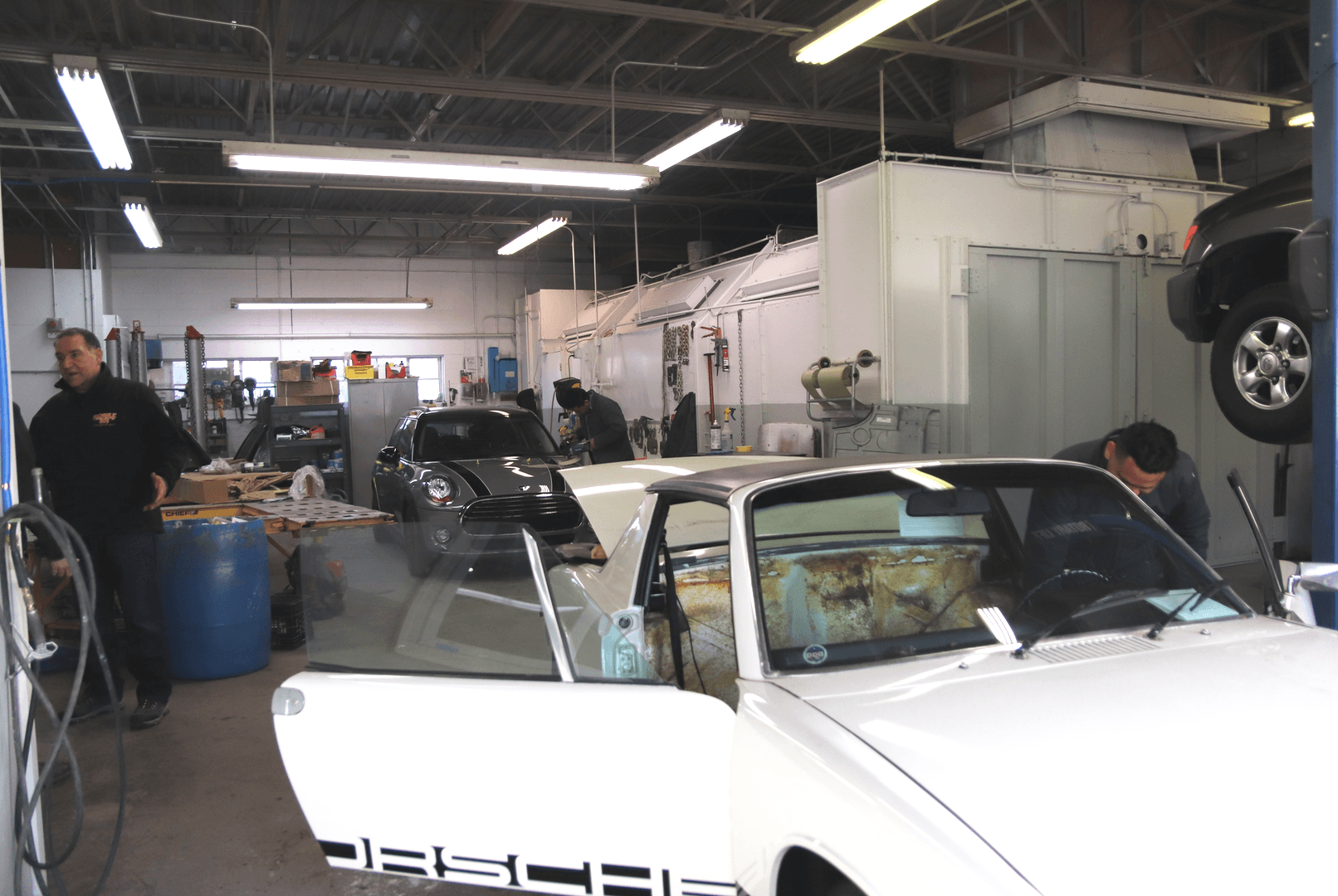 “If we’re closed, just drop it off. We’ll square it with the tow company the following morning,” John Sr said.

“We can do both mechanical work and auto body work now: tune ups, suspensions, brakes, exhaust and body work,” he added. 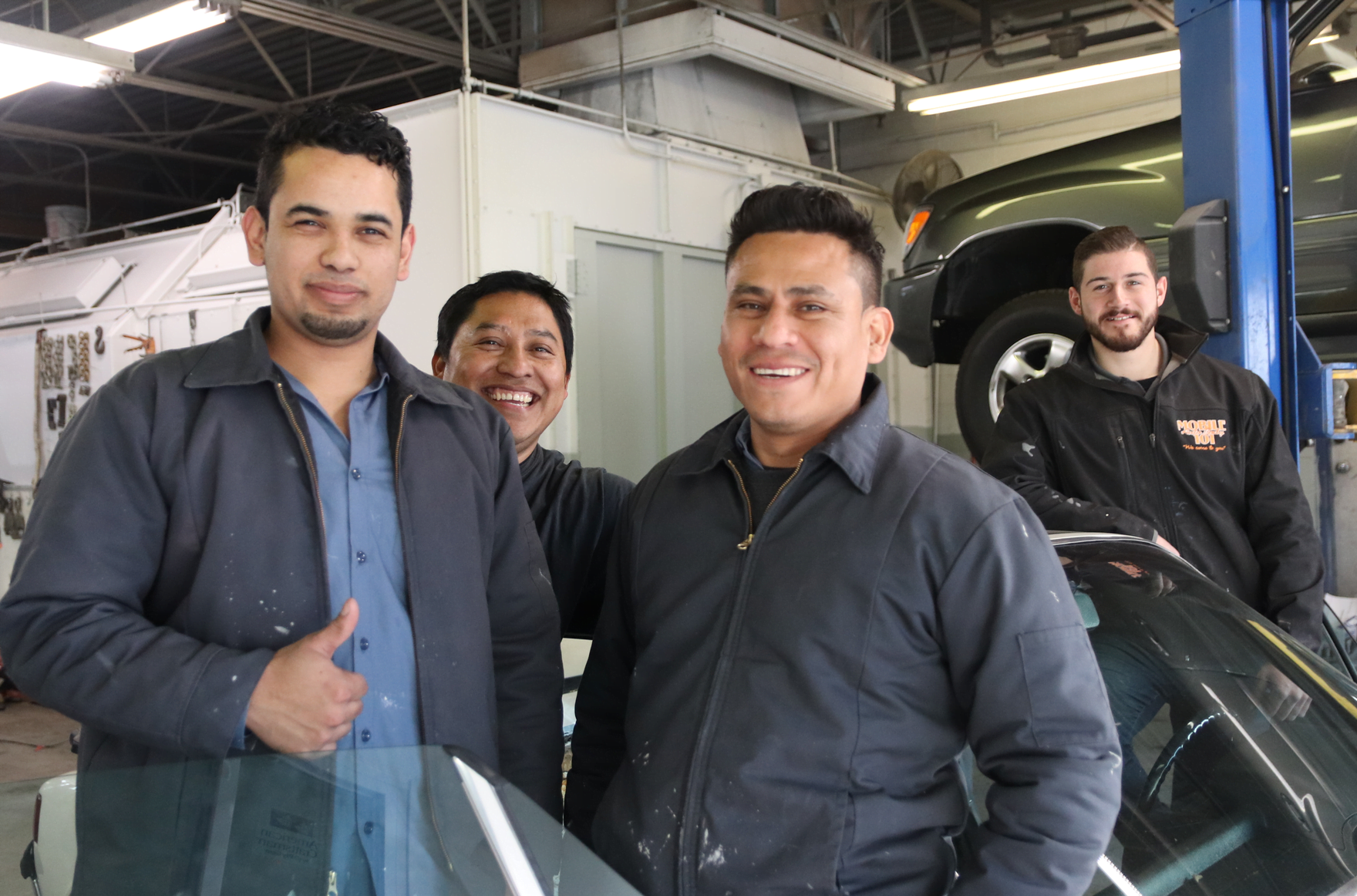 John Castellana Jr and some of his auto technicians at 368 West Ave in Stamford. Jan 21, 2020. Photo: Leslie Yager 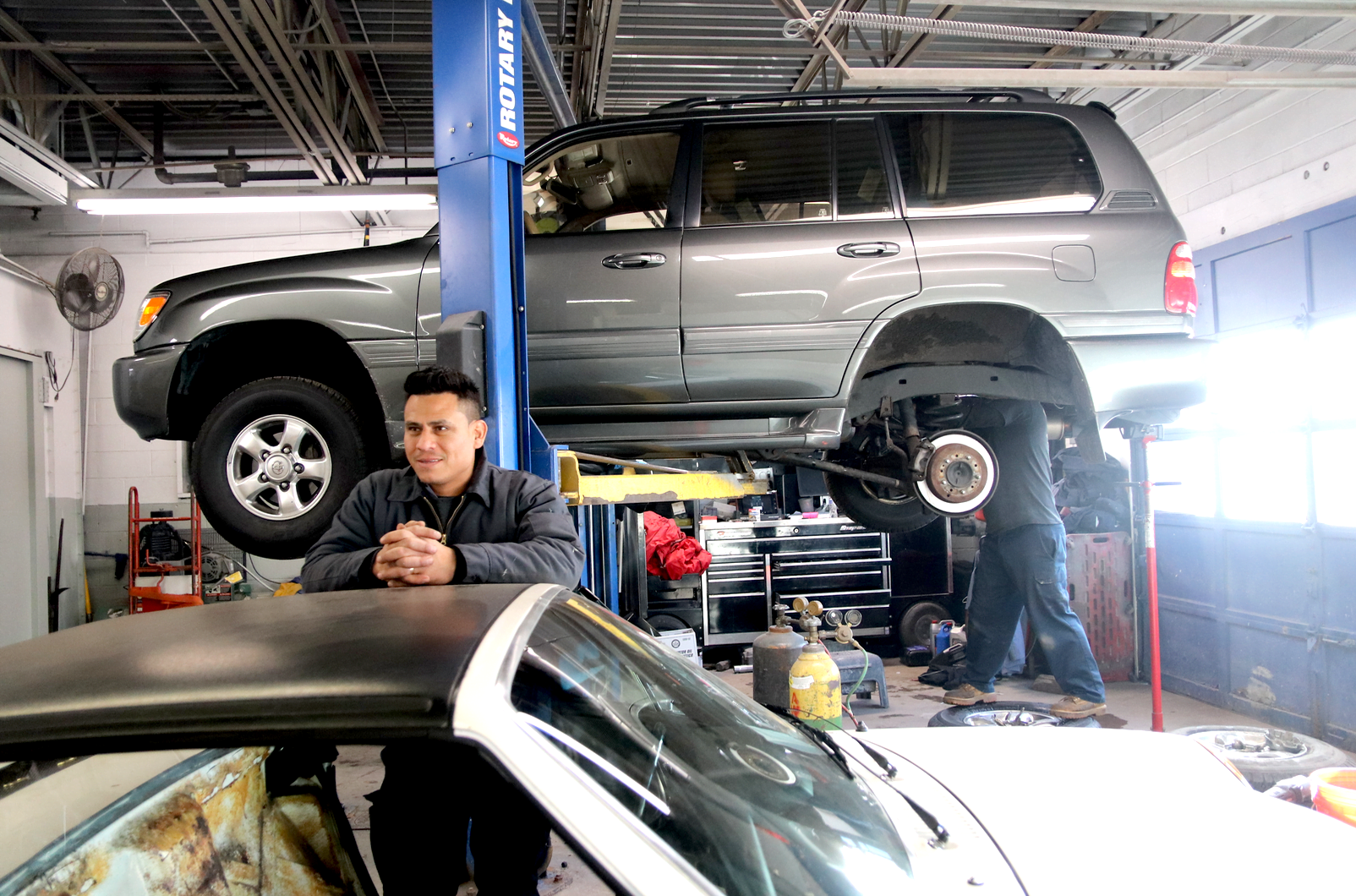