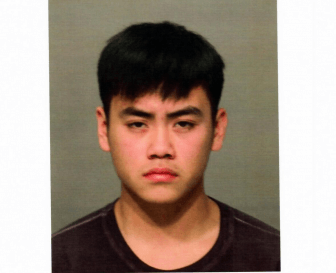 Two teenagers from Boston were arrested on Sunday after an officer on patrol was alerted to a shoplifting incident in progress at a downtown retail business.

The reporting party said they had witnessed the theft of a Canada Goose jacket valued at over $630.

Officers stopped and questioned Kevin Liu, 19, and Helen Sui Loc, 18, both of Boston, MA, who admitted to stealing the jacket.

Both subjects were charged with Larceny 5 and Conspiracy to Commit Larceny 5.

They were released after posting a $200 cash bond.

They share a date in Stamford Superior Court on Feb 3, 2020.