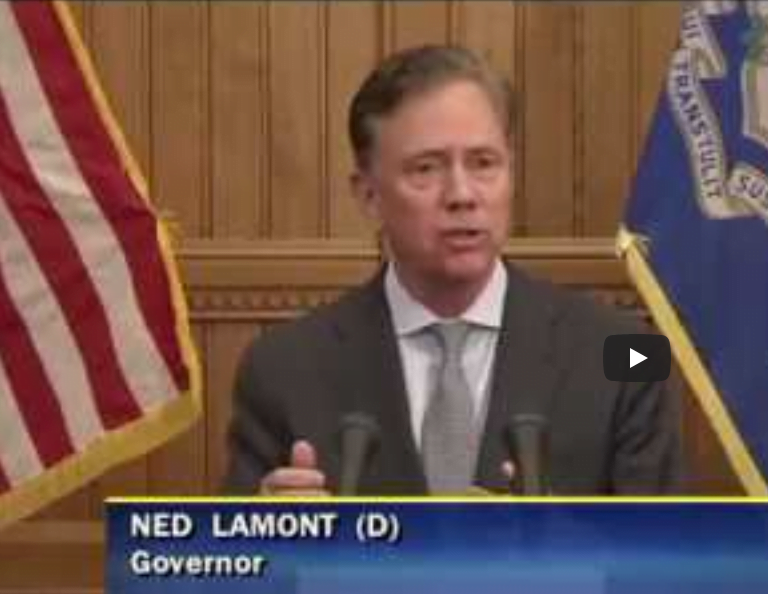 Governor Ned Lamont, appearing at a news conference with Senators Blumenthal and Murphy on Thursday, gave updates on the State’s responses to COVID-19.

As of Thursday, an additional 137 Connecticut residents have tested positive for COVID-19, bringing the statewide total to 1,012.

More than 6,500 tests have been conducted in Connecticut among both state and private laboratories.

Approximately 125 people have been hospitalized.

There have been 2 additional fatalities, bringing the total to 21 (13 in Fairfield County)

“Even though young people are much less likely to have a severe condition from COVID-19, they’re just as likely to pass it on either at home or to older folks,” he warned.

The Governor said there have been many questions about people coming to Connecticut from New York City, which he described as a hot spot for COVID-19.

“A lot of our social distancing is already working. Ridership on Metro-North is down 95%. Roads are nearly empty in many cases,” he said, adding, “But I want to be really strict.”

He asked that anyone from out-of-state who comes to Connecticut self-diagnose and self-quarantine.

“Make sure you are 100% healthy after 14 days before you do a lot of circulation up here,” he said.

“The President’s expectation that we’ll be back to normal by Easter is not only bad advice, it’s abysmal.

The disease is going to set the timetable.

…To belittle the health emergency is irresponsible and unconscionable.”

Lamont, who requested on Thursday, through FEMA that Connecticut be declared a disaster area, said he’d just gotten off a phone call with President Trump and Vice President Pence.

“Again, he was talking about getting us back to business as usual, sooner rather than later, which if you’re in a state right next to New York City, which is the epicenter of the crisis, I think is bad, bad advice,” Lamont said. “He says jam the aisles and pews at Easter.” 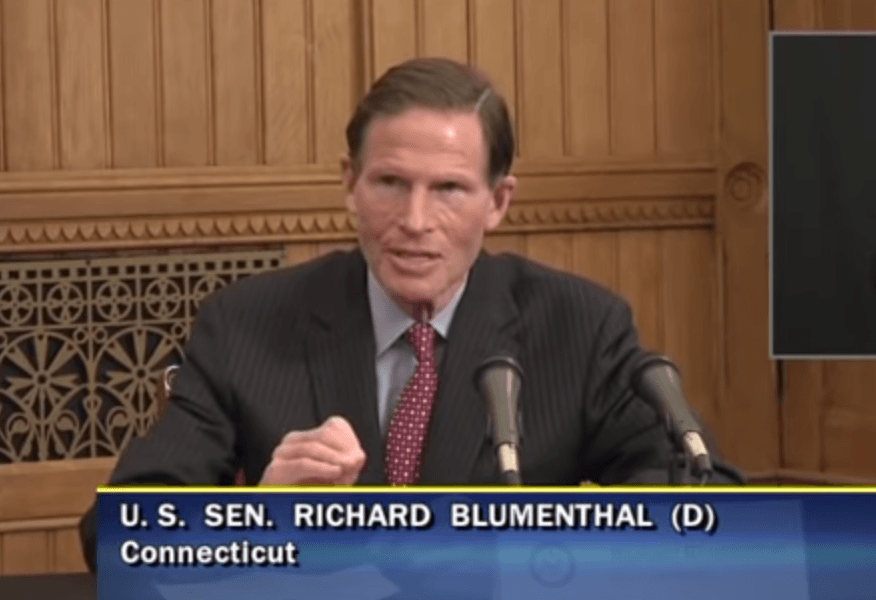 Blumenthal said he and Senator Murphy had been pressing the President to use the Defense Production Act to increase production of needed medical equipment.

Senator Murphy said the federal government should take ownership of the manufacture and supply chain of critical medical equipment, and that personal protective equipment and tests are currently going to the highest bidders, rather than the areas of greatest need.

“It is beyond me why this President has not chosen to put into action the Defense Production Act, which would dramatically increase the manufacture of personal protective equipment, tests and ventilators,” Murphy said.

“The amount of time that states and hospitals have to spend routing around for medical equipment and ventilators is barbaric, unnecessary, and wildly inefficient,” Murphy said.

Blumenthal said the “bottleneck” is endemic to the industry and preceded the COVID-19 crisis.

He said in Connecticut hospitals regularly swap medications  because they lack basic drugs.

“It’s not only equipment, but also drugs,” he said. “It’s one of the reasons prices in the country of pharmaceutical drugs are so much higher.

Senator Murphy said the Defense Production Act would allow the President to engage in negotiation with manufacturers to make certain goods at a fair price.

“The Defense Production Act would not be used to cheat manufacturers, but to organize things like masks, gowns and tests,” he said. “They are going to the highest bidder, not to the places with highest need.”

“If you look ahead, we’re going to have vaccines and treatment developed with taxpayer money,” Blumenthal said. “There is no reason companies should have hefty, even exorbitant profits, having developed new drugs through research and develoment financed with our money.”

Lamont’s 15th executive order to mitigate spread of COVID-19 includes limiting social gatherings to a maximum of five people through at least April 30.

Previously gatherings up to 50 people were allowed.

The order requires restaurants to limit entrance of customers and delivery people as much as possible, and have them pay using touchless payment systems if possible.

Gun shop owners must now conduct transactions by appointment only.

The order, which came at about 9:30pm, also suspends the state tax on plastic bags and prohibits employers from requiring cashiers to bag groceries in customers’ reusable bags.

Customers are still permitted to use reusable bags, but they may need to bag their own items.

Lastly, the order suspends the 21-month limit on Temporary Family Assistance, and suspends school testing assessments for the year.