What are you doing this Sunday? Think about heading up to Greenwich Polo Club with a picnic and taking in an afternoon of polo matches.

Six teams will compete for the Perry Cup, one of polo’s most prestigious trophies, at the the East Coast Open #EastCoastOpen. The public matches will take place over three consecutive Sundays – Aug. 23, Aug. 30 and  Sept. 6. –  at Greenwich Polo Club in Greenwich. 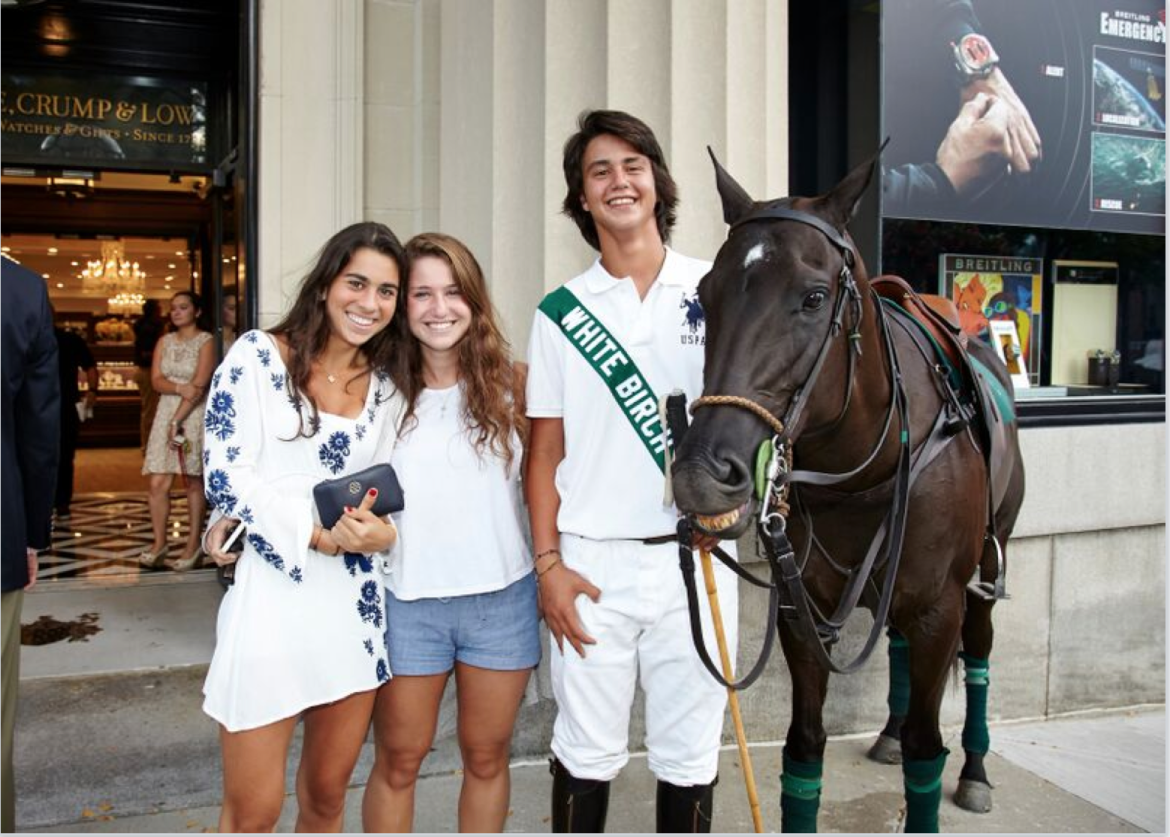 It’s not every day pedestrians can pose with polo players and their ponies on the sidewalks of Greenwich Avenue. Contributed photo, Chi chi Ubina 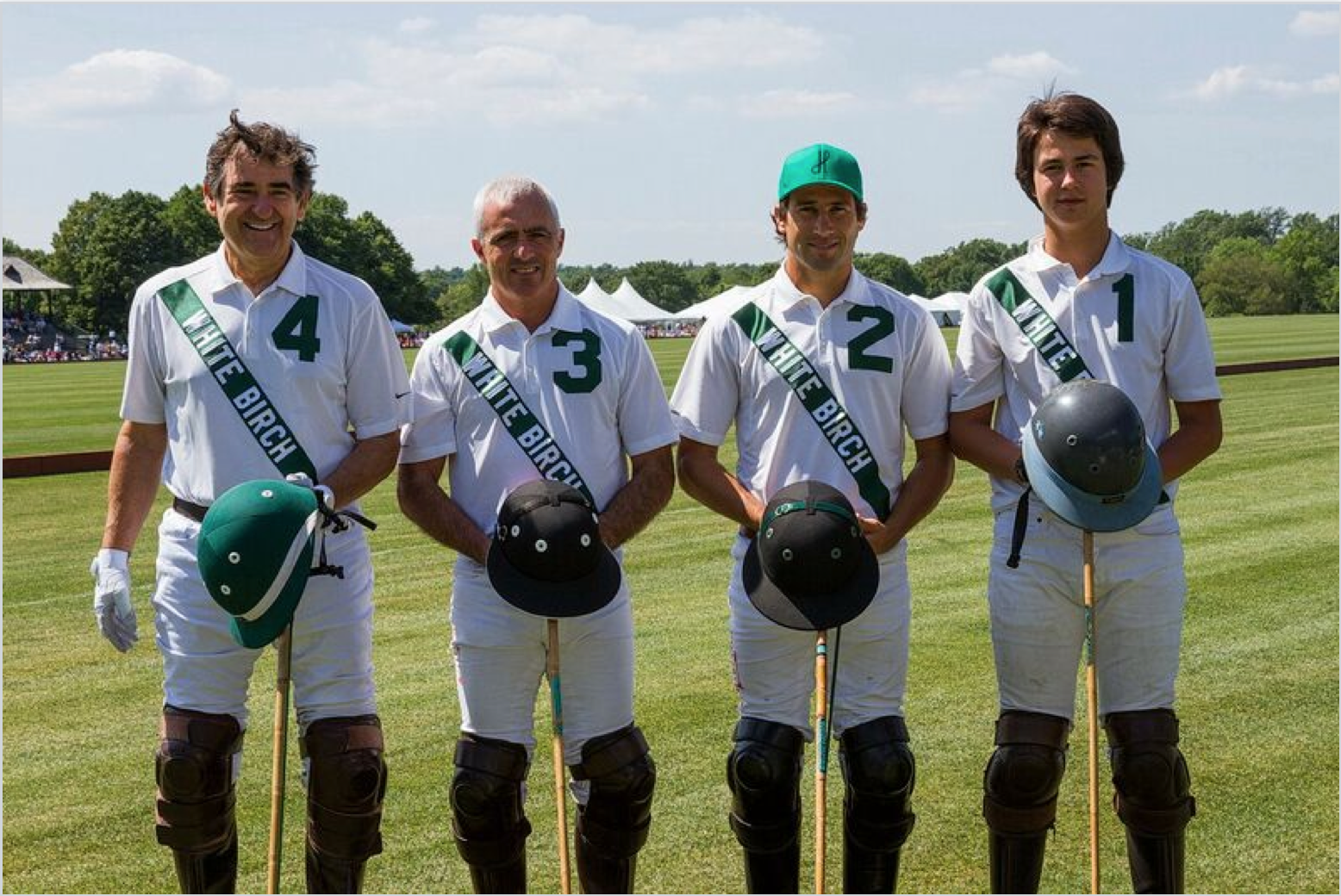 The six teams competing at the East Coast Open are: 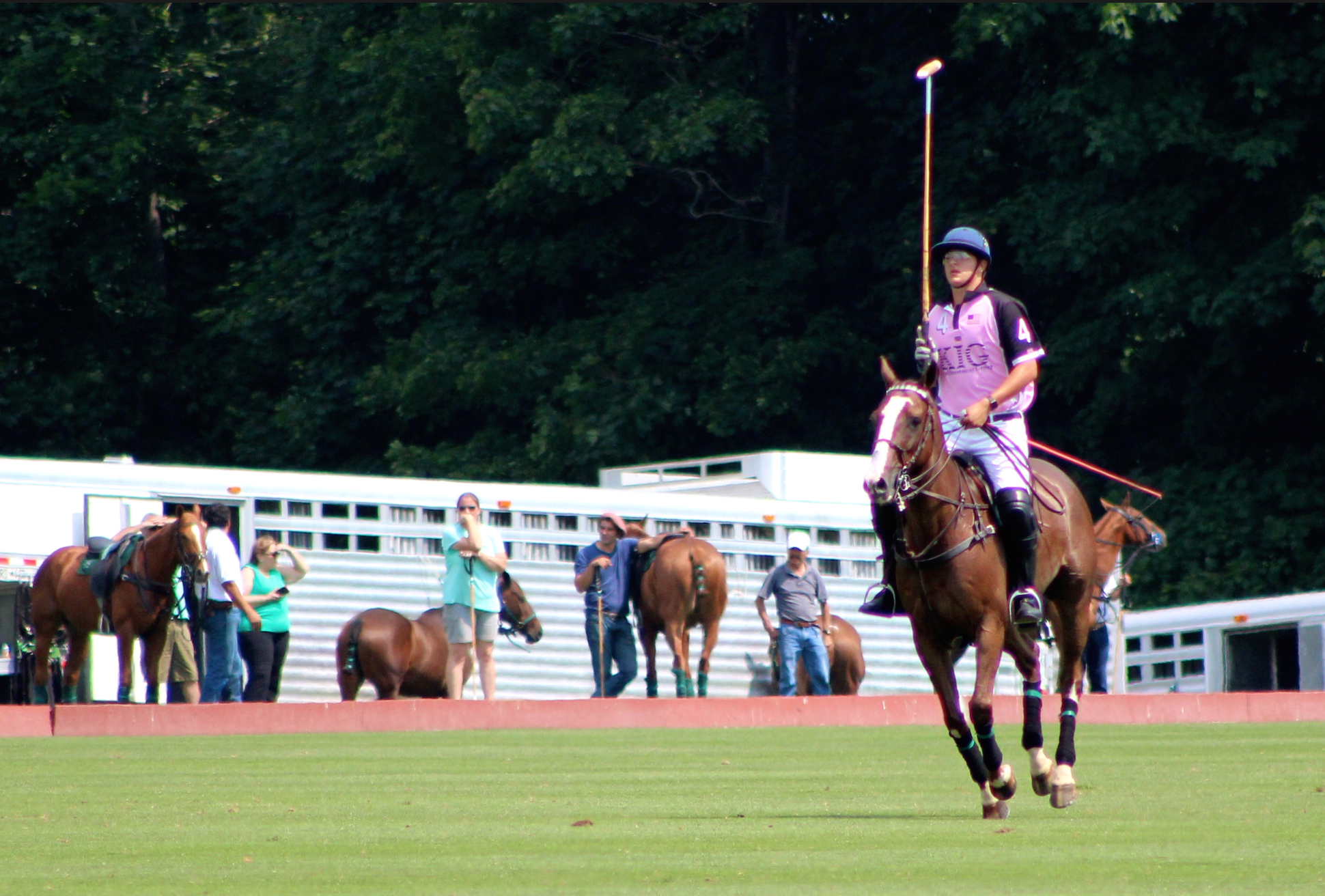 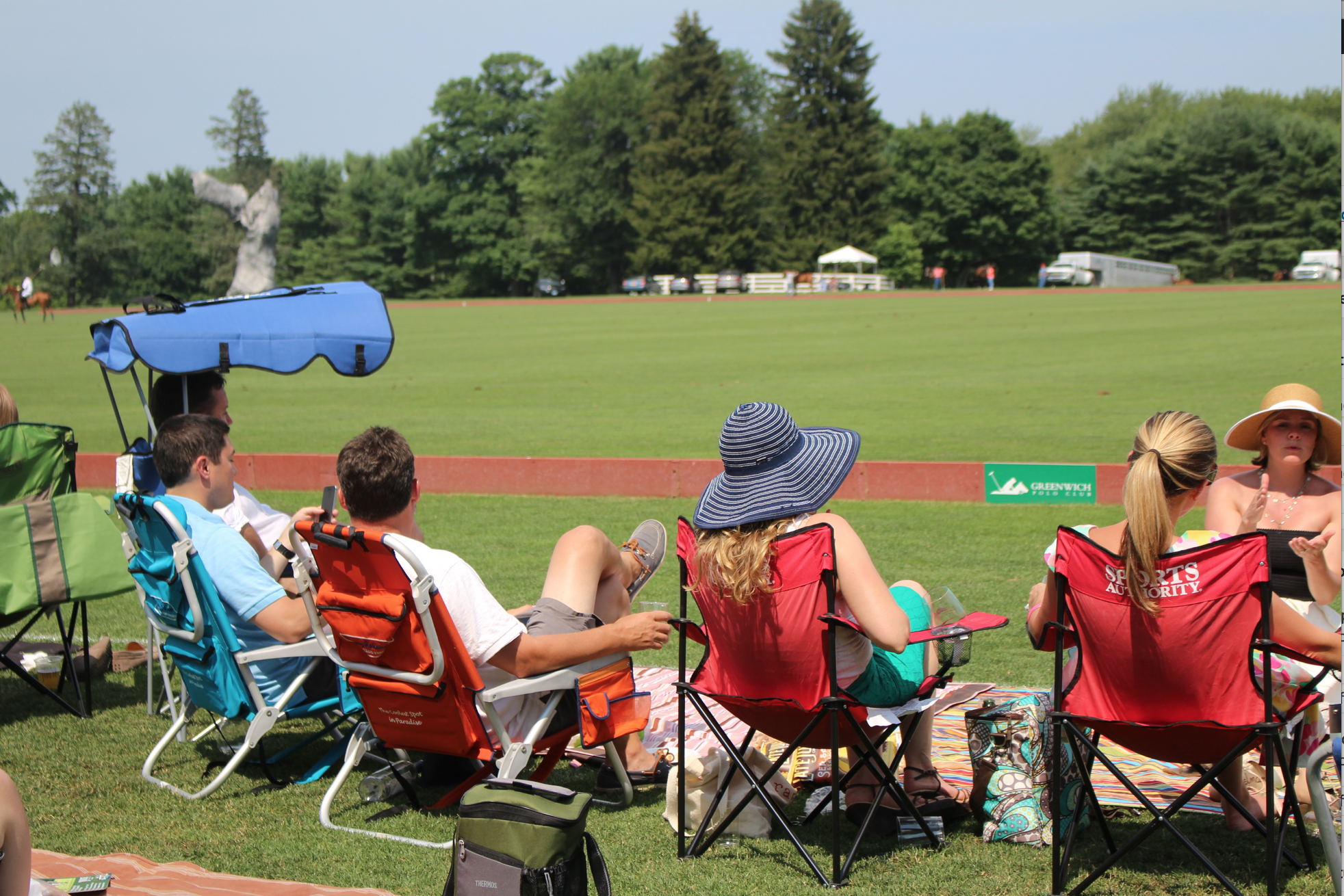 The preliminary matches of the 20-goal tournament (played on a handicap level) will be live-streamed on ChukkerTV.com, and NBC Sports Network will air a 60-minute national broadcast of the East Coast Open final on Sept. 13 at 7:00 pm Eastern Daylight Time.

“The East Coast Open will be the most competitive and spectacular polo tournament of the summer season,” said Peter M. Brant, Founder of Greenwich Polo Club. “Fans will experience high-goal polo played by the finest teams, players and ponies in the sport all competing to have their names added to the historic Perry Cup.”

Since 1905, the Perry Cup trophy has symbolized this high-goal championship and winners’ names are forever memorialized on the trophy. The Perry Cup has been restored and will make its debut this summer at Greenwich Polo Club for the East Coast Open. 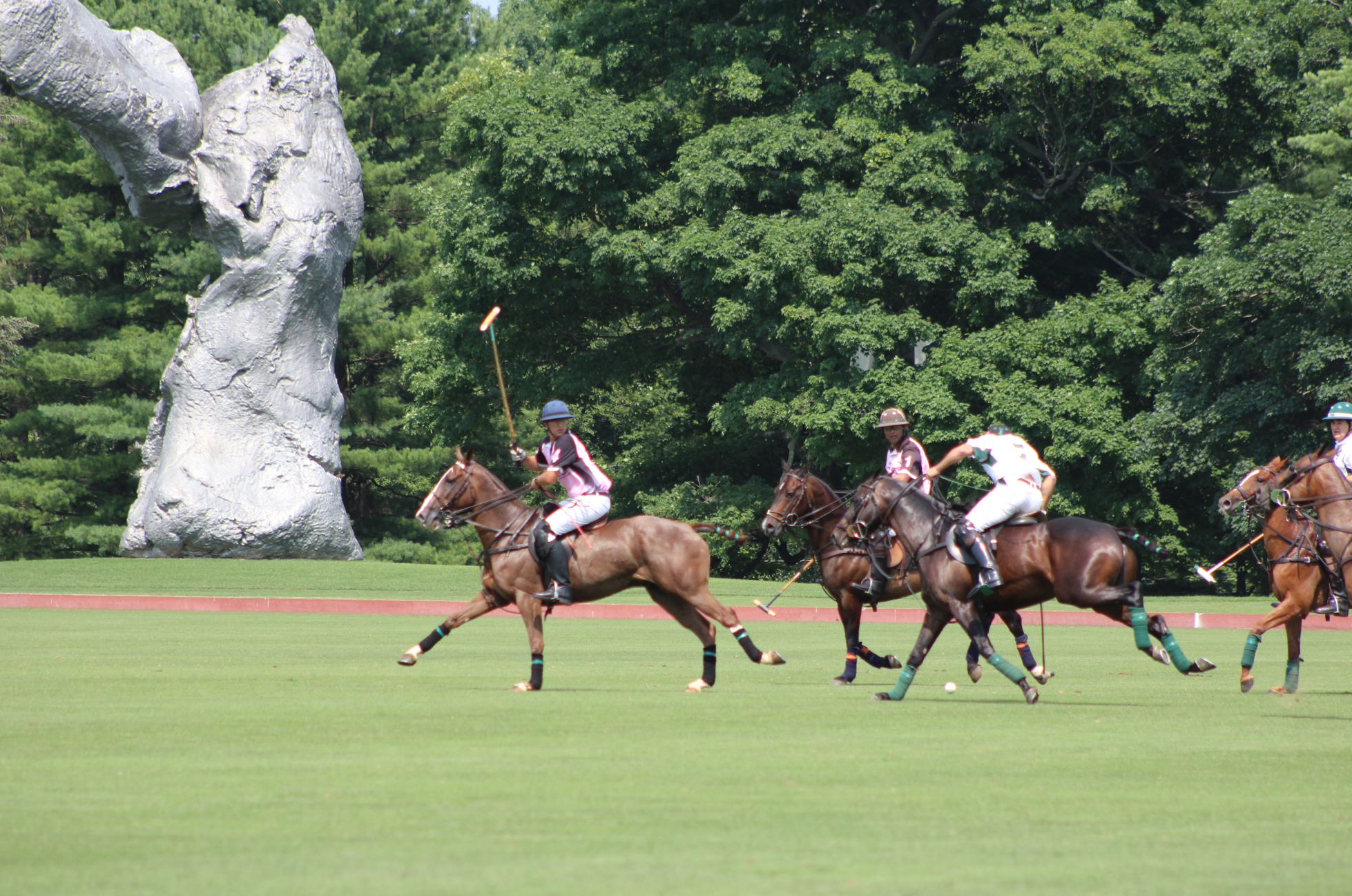 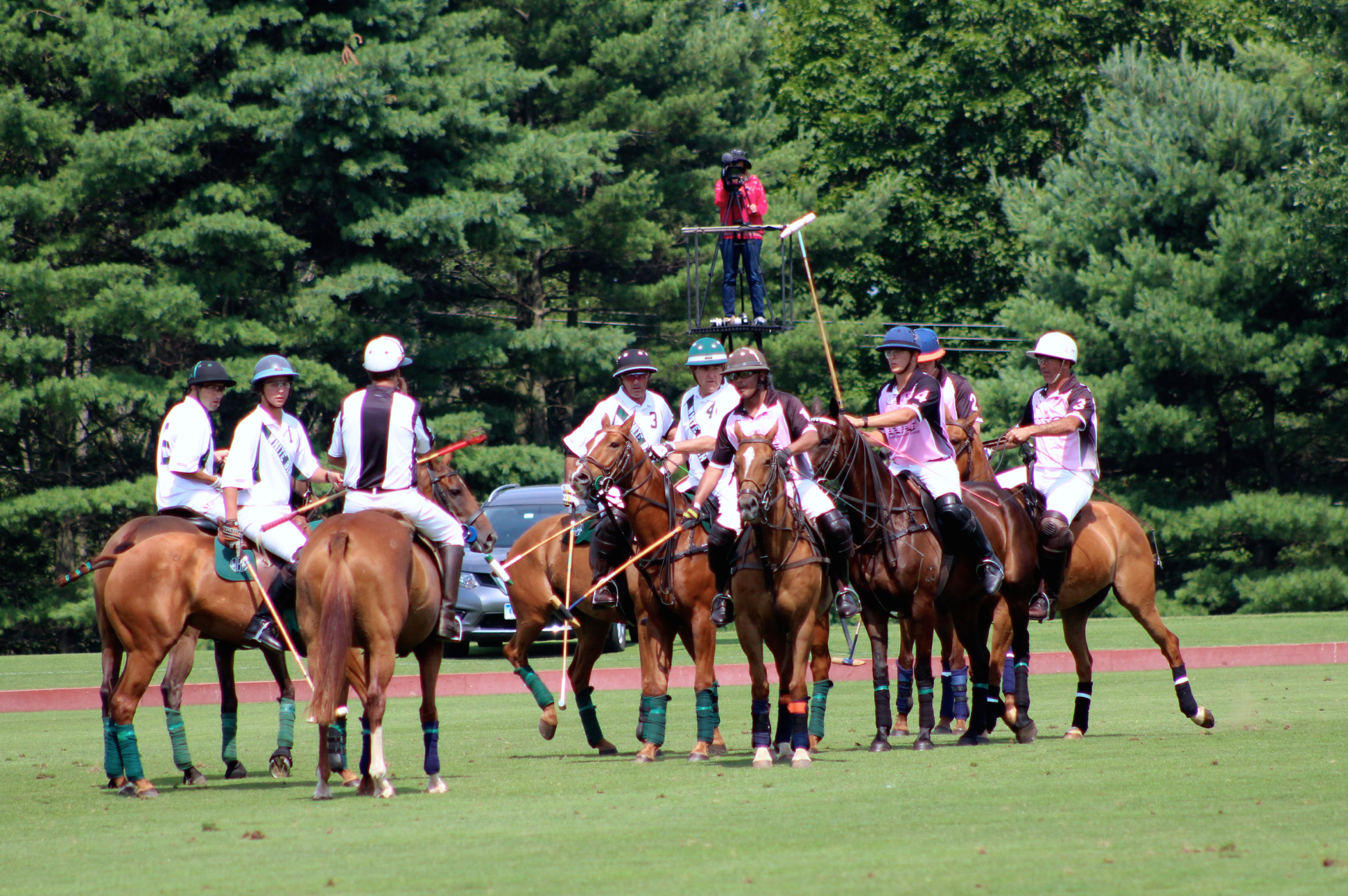 “This historically-rich tournament is being played during the 125th anniversary year of the USPA and at one of the East Coast’s top polo clubs, just a short distance from the birthplace of polo in America,” said USPA CEO Duncan Huyler. “As one of our signature and most celebrated events of the year the excitement generated cannot help but be contagious as we expose this incredible sport to new audiences in both the New York metro area as well as through our live-streams and national television broadcast.”

“Polo has advanced while retaining many of the sports distinctive traditions,” said Peter Rizzo outgoing USPA CEO and event host tournament committee member. ” Changes in rules have made match play faster and more exciting and have also made it safer for players and horses. Also, the USPA has incorporated leading-edge technology into the game ranging from video technology including drones to provide video coverage of the vast polo field, to instant replay, to live streaming and even more recently, to national television broadcasts of sanctioned tournaments. All of that, plus some of the best players and horses in the world will be showcased in this year’s USPA East Coast Open.”

Town & Country magazine will host a beautifully outfitted VIP hospitality tent, under which guests will enjoy an unprecedented experience while mixing and mingling with some of the world’s top luxury brands. East Coast Open tickets are also available for purchase at GreenwichPoloClub.com/ECO. In addition to general admission tickets, guests can opt for a private cabana or box seating. Gates open at 1:00 p.m. and East Coast Open matches start at 3:00 pm.

Founded in 1890, the United States Polo Association (USPA) is the national governing body for the sport of polo in North America and is the second oldest sport governing body in the United States preceded only by the United States Tennis Association. With nearly 300 member clubs and 40 national tournaments, the USPA governs polo handicaps, tournament rules and safety regulations, to ensure the welfare and well being of both horse and player. Funded by sales from the officially licensed consumer brand, U.S. Polo Assn., the USPA purposefully re-invests revenue by underwriting numerous development programs to expand and sustain the sport of polo. For more information please visit www.uspolo.org.